Gaming laptops can sometimes have a very gaudy appearance, with numerous LEDs and lights everywhere. Lenovo has built in a bit of style, without going over the top on extras. The black aluminum body has a nice cross-hatch pattern machined into it, and when closed the only hints of the purpose of the Y700 are the red speaker grilles. Once opened, the Y700 features a display almost feels separate from the rest of the body, with angled edges where it meets the speakers, and it’s a nice effect. The large bezels around the display make it look like Lenovo could have almost fit a 17-inch display inside though.

The Y700, although on the low end of the price spectrum for gaming laptops, doesn’t suffer from the lack of build quality in what would normally be a low end laptop. The hinge is nice and sturdy, and the display doesn’t suffer from very much flex at all. I love the look of the LED power button, with its dot matrix styling, and the badging on the laptop is subtle. 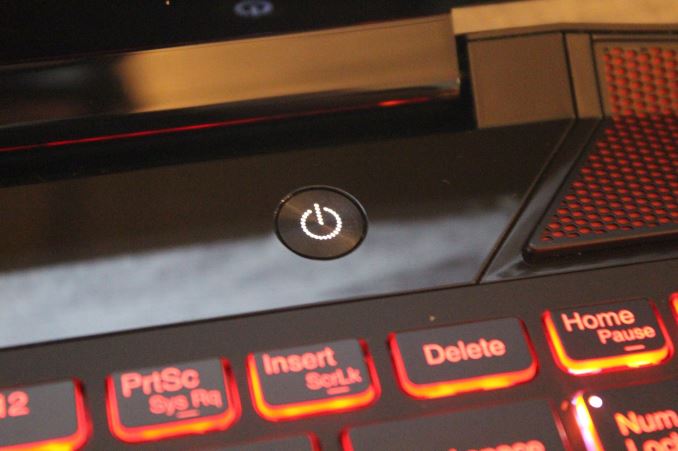 There are two main speakers on the back of the laptop, as well as a subwoofer underneath. JBL provides the audio solution for the Y700, and it’s always a benefit to have the speakers actually facing you compared to so many laptops that stick them on the bottom.

To me, one of the most important parts of any laptop is the keyboard. The Y700 is mixed at best. It does offer a number pad on the right, however Lenovo has done what so many companies do, and squished it into the rest of the keyboard. The arrow keys are parked in between and covers half of what would normally be the zero key on the number pad. There is plenty of space on the sides of the keyboard to stretch this out a bit and have a proper number pad, and I’m not sure why companies feel they need to offer the number pad but then compromise it. The Y700 has a six row keyboard, but the top row is a lacking in assigned functions, and they are spread out all over the keyboard. Volume controls are Fn + left or right, for instance. Lenovo has also found space for Home, End, PgUp, and PgDn, but then also included them as Fn functions on the number pad, which is a bit strange. 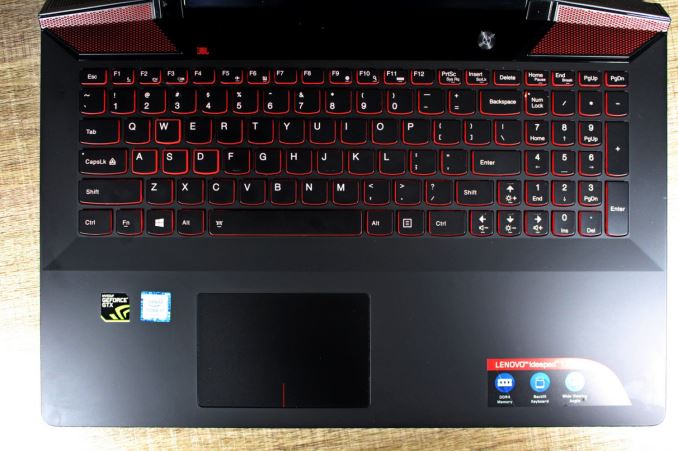 The key travel not great, especially for a laptop of this thickness. We tend to give up key travel to reach the insanely thin level of Ultrabooks, but I see no reason to have such shallow travel on the Y700. The keys are also very mushy. The one thing I do like about the keyboard is the backlighting. The red is very nicely done, and it has two levels. The WASD keys show a bit more of the red through them since the translucent part of the key comes up around the sides and top.

The trackpad is quite good though. It’s centered under the space bar, rather than centered in the laptop, which is good. It’s large enough to get the job done, and its plenty smooth. I had no issues with any of the one or two finger gestures, so Synaptics has delivered here. It features up to four finger support, with a four finger tap opening Action Center by default. 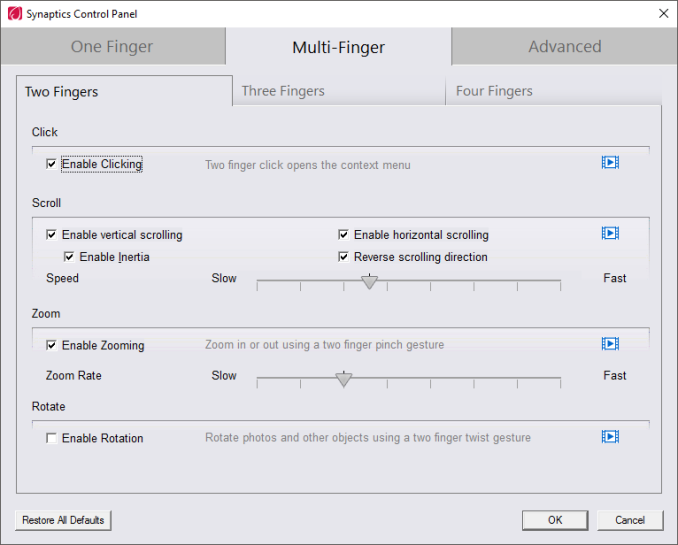 For connectivity, there are two USB 3.0 ports on the right side of the laptop, along with an HDMI 1.4b port and Ethernet. On the left side, there is a single USB 2.0 port which is always powered, along with the power connector, SDXC card slot, and headset jack. There’s nothing forward leaning here like USB 3.1 or USB-C, but the Y700 should offer enough connectivity for today. The inclusion of Ethernet is very much appreciated.

On the bottom, we can see the intake vents at the front which feed the main exhaust vent at the rear, as well as the round subwoofer vent. The bottom of the laptop is also aluminum, with the same cross-hatch patter. That’s a nice feature for the price, since some laptops opt for plastic on the bottom where you aren’t going to be looking at it much. 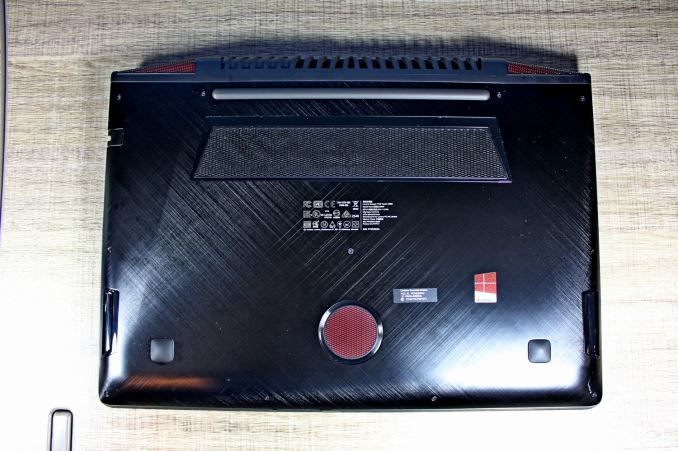 Overall the design of the Y700 is something I’m pretty happy with. I wish it had a better keyboard, and I realise I’m likely pickier than most with the quality of the keyboard. I know Lenovo is a pretty large company, and the ThinkPad lineup is separate, but it would be great if the Y700 had something somewhat closer to the quality of one of those keyboards. Still, the styling is subtle but nice, and the red accents offer a nice splash of color to go with the red backlighting. The build quality is strong, with no noticeable gaps or bending.