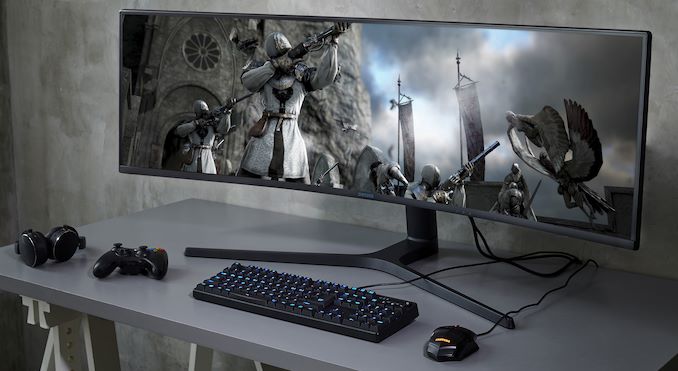 Samsung Display is considering to suspend one of its LCD panel production facilities in South Korea because of oversupply, the company said this week. There is no final decision yet, but falling profitability and lowering demand could trigger the company to halt manufacturing.

LCD panels for various applications including computer displays, televisions, smartphones, digital signage, and other are produced at dozens of factories in China, Japan, South Korea, and other countries creating oversupply and cut-throat competition. Given macroeconomic uncertainties, demand for numerous devices such as TVs is expected to be weak during the year-end shopping season, which puts further pressure on panel makers.

Samsung and other advanced makers have tried to differentiate their own LCD-based products by adding quantum-dot films and other improvements to displays or TVs (to their backlighting, to be more precise), which certainly helped to improve image quality produced by these devices and enabled the manufacturer to charge a premium. Meanwhile, it looks like there are simply way too many LCD panels made these days.

Being the world’s largest maker of LCDs, Samsung operates two giant LCD production facilities in South Korea, as well as one in China. The company naturally wants to keep the latter plant, but the fate of one of the sites in South Korea is something that remains to be seen.

The official statement by Samsung reads as follows:

“Samsung Display has been adjusting the production output and facility operation due to oversupply and worsening profitability, and we are still considering the suspension of the line, but nothing has been decided.”

Samsung’s rival LG Display has converted one of its LCD lines to an OLED plant. In fact, LGD has been focusing on production of OLEDs for quite some time and opened up new OLED sites both in China and in South Korea. Moreover, the company is also considering various scenarios for its remaining LCD facility in South Korea, according to a claim made by its CFO last month.