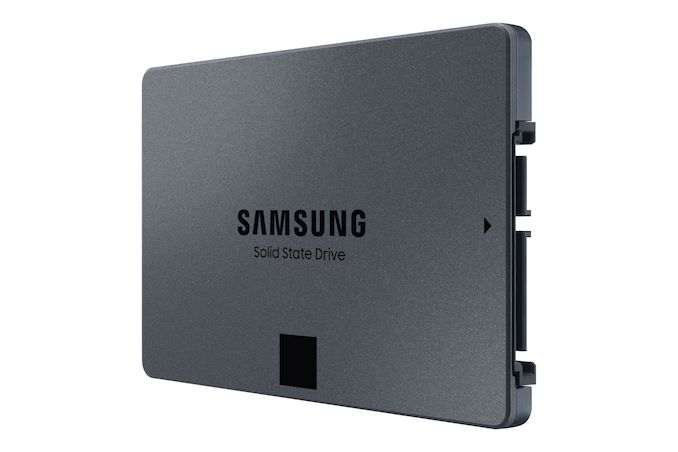 A year and a half ago, Samsung introduced the first consumer SATA SSDs to use QLC NAND flash memory, squeezing an extra bit into each memory cell, yielding the 860 QVO to join the existing lineup of 860 EVO and PRO. Samsung's second-generation QLC NAND is now ready, and the 870 QVO is the first 870 model to be launched.

The industry put a lot of effort into preparing for the arrival of QLC NAND: beefing up error correction to compensate for lower write endurance, and tuning cache algorithms on consumer drives to forestall dealing with lower performance after SLC caches run out. But in spite of all the work it took to make QLC SSDs viable, they haven't made much of a splash and definitely aren't displacing TLC from the market yet.

The new Samsung 870 QVO SSDs arrive into a market landscape that doesn't look all that different to what the 860 QVO faced at the end of 2018. Samsung is no longer the only brand selling consumer SATA SSDs with QLC NAND, but it's not a big club. Most of the other QLC SATA drives are so low-end that the manufacturers won't commit to using any particular memory inside, and they're using whatever is cheapest at the moment. Some months, there's more to be saved by going with a DRAMless controller and TLC NAND that fell off the back of a truck, rather than using Samsung's strategy of pairing theoretically cheaper QLC NAND with a solid controller.

QLC NAND has had a bit more of an impact in the NVMe SSD market, where a few more brands are experimenting with using QLC to make big drives cheaper, rather than simply making cheap drives even cheaper. That's the same goal that Samsung had for the 860 QVO and now the 870 QVO: bringing multi-TB SSDs into the mainstream. Samsung's most visible contribution to that goal will be the introduction of the first 8TB consumer SATA SSD: the 8TB 870 QVO. That model is due to arrive a little bit later in August, and we don't have a sample yet. Today, we're looking at the 1TB and 4TB capacities of the 870 QVO. 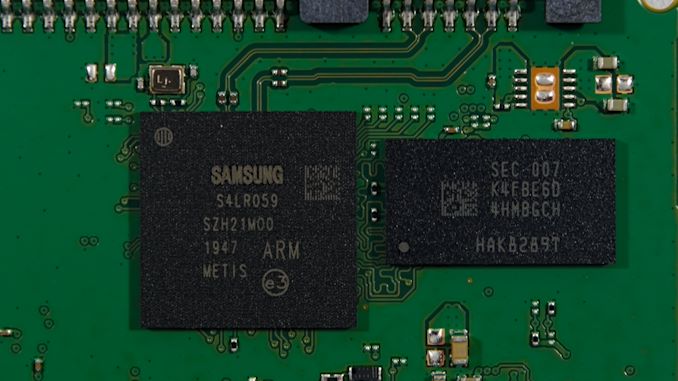 The Samsung 870 QVO is an incremental update to the 860 QVO. The QLC NAND has been updated from Samsung's 64-layer V-NAND to their 92-layer V-NAND. For their NVMe product line, this change produced the 970 EVO Plus as a successor to the 970 EVO without even updating the controller, and the 970 PRO didn't get updated at all. The 870 QVO does bring a controller update, replacing the MJX with the MKX in Samsung's long line of SATA SSD controllers. Samsung hasn't disclosed any particular enhancements to their controller or firmware architecture, and we suspect this iteration is a more minor update than the last one. We know that the older MJX controller was already capable of supporting 8TB drive capacities, so that wasn't the driving force for this controller update.

Samsung continues to provide more detailed performance specifications than any other consumer SSD vendor. The big top-line numbers that everybody reports are hardly worth mentioning for a SATA drive; almost any drive can saturate the 6Gbps interface under ideal conditions, with random or sequential reads or writes at a high enough queue depth. Samsung goes the extra mile to provide specs for performance at queue depth 1, and performance after the SLC cache runs out. Some of those numbers look pretty brutal: sequential write speeds dropping to a mere 80MB/s for the 1TB model, and even random reads are considerably slower when accessing QLC data rather than the SLC cache. But overall, these specs are very similar to the 860 QVO. Random write performance at QD1 appears to have taken a bit of a hit, but everywhere else performance for the 870 QVO is rated to be equal or slightly better than its predecessor.

The 870 QVO product line still starts at 1TB, the minimum size needed to put 8 controller channels to work when using 1024Gbit NAND dies. That smallest capacity model comes with some significant performance deficits relative to the multi-TB models, in much the same fashion as 256GB TLC drives fall behind their larger counterparts, or 512GB capacities for high-performance NVMe SSDs. The most notable limitations of the 1TB 870 QVO are the post-cache write speed of 80 MB/s compared to 160 MB/s, and the cache size that is almost halved. Together that means the 1TB model is more at risk of exhibiting unacceptable performance when the SLC write cache runs out, but at 42GB this model's cache can still handle more writes than many users perform in an entire day of desktop usage.

Samsung's warranty for the 870 QVO is 0.3 drive writes per day for 3 years. This is comparable to many low-end consumer TLC drives and a step up from most other consumer QLC drives that are rated for 0.1 to 0.15 DWPD (sometimes over a 5-year warranty period, but that's still fewer total writes than the 870 QVO is rated for). 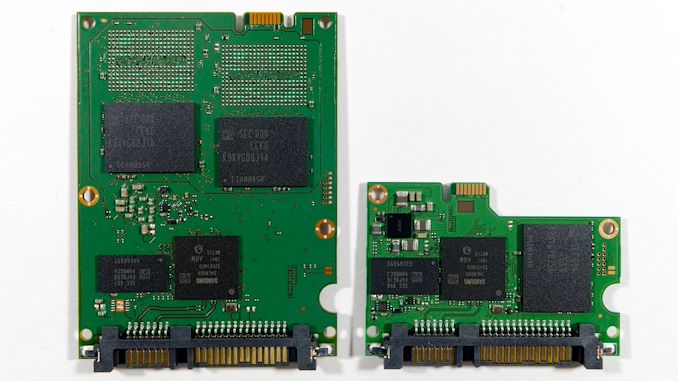 Introductory MSRPs for the 870 QVO are reduced from what the 860 QVO debuted at, with $50 off the 2TB and $100 off the 4TB. But that merely puts the 870 QVO's launch MSRP on par with the current street prices for the 860 QVO. And because it's Samsung, the pricing isn't low enough to rule out comparing against mainstream TLC SATA SSDs and entry-level NVMe SSDs, especially for the lower capacities.

In a way, that's good for this review, because the 870 QVO doesn't have much direct competition in the form of other large QLC SATA drives. Most of the SSDs that are considerably cheaper than the 860/870 QVOs are DRAMless SSDs, usually TLC but occasionally QLC. The cheapest entry-level NVMe SSDs are all either DRAMless with TLC, or use QLC with a more mainstream controller.

For this review, we are comparing the 870 QVO against the following:

We don't have any non-Samsung 4TB consumer SSDs to compare against; the Western Digital Blue is pretty much the only other 4TB consumer SATA SSD, and Sabrent's Phison E12-based Rocket and Rocket Q drives are the current options on the NVMe side. The rest of the 4+ TB SSD options are enterprise drives that lack SLC caching and idle power management and are way more expensive than anything else this review is looking at.

Ultimately, most of the competition against multi-TB SSDs comes from hard drives, the incumbent alternatives for high-capacity drives. Multi-TB hard drives are still vastly cheaper than multi-TB SSDs, but for many consumers the big question posed by drives like the 870 QVO is whether it's reasonable yet to move all their storage over to solid-state. That doesn't necessarily require SSDs to match hard drives on a $/GB basis, because there are plenty of advantages to SSDs that are worth paying at least a bit extra for.

Representing the hard drive market, we have a Western Digital WD Red 4TB, the pre-SMR WD40EFRX model. It's the newest and largest hard drive I have on hand, because my home office has been drowning in SSDs for years. (A nice problem to have.)