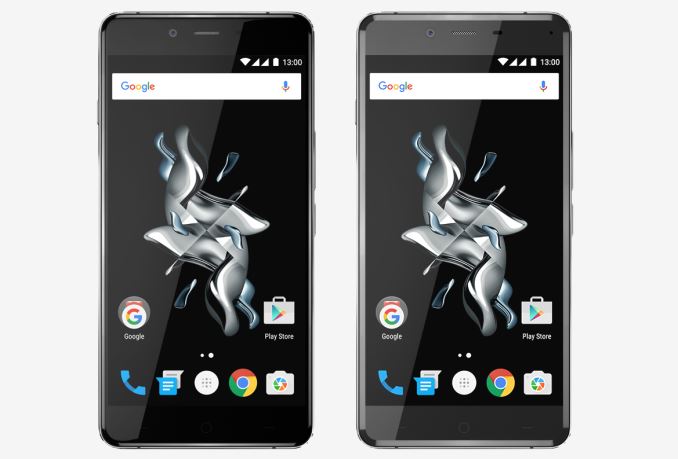 When OnePlus launched the OnePlus Two earlier this year the company also mentioned that they would be launching a second smartphone in 2015, and that the new phone would be announced closer toward the end of the year. With November and the holiday season approaching the phone needed to launch fairly soon to meet that deadline, and today OnePlus has made the new device official. It's the OnePlus X, and it's a smaller addition to the OnePlus family, with a 5.0" display and a completely revamped physical design. You can get all the relevant specifications for the OnePlus X from the chart below.

On paper, the OnePlus X does look very similar to the original OnePlus One, but in a smaller form factor. What is probably the most intriguing aspect is the SoC, which is Qualcomm's MSM8974AB. This appears to be a confirmation that Snapdragon 801 can still be sourced, and it's interesting that only OnePlus has decided to utilize it despite the issues with Qualcomm's Snapdragon 808 and 810 SoCs. The OnePlus X uses the 2.3GHz version of Snapdragon 801 rather than the 2.45GHz MSM8974AC used in the OnePlus one, which likely won't have any significant impact in most cases but it's worth pointing out as one of the tiny differences between the two phones 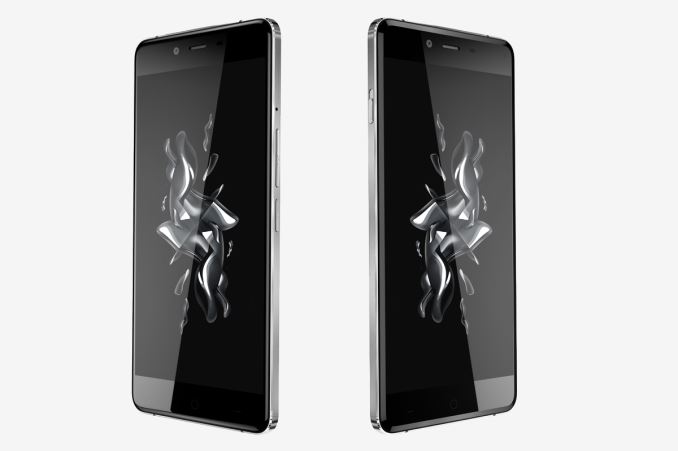 The display is the same resolution as the OnePlus One and OnePlus Two, but with the OnePlus X it has gone down to a 5.0" size. With that also comes a switch from IPS LCD panels to a 1080p AMOLED panel, and it'll be interesting to see if the display has the same level of calibration as the OnePlus One did. The WiFi is strange in that it's advertised as WCN3680, which should be a single spatial stream 802.11ac implementation, but OnePlus only advertises support for 2.4GHz 802.11b/g/n.

While the rear-facing camera is the same resolution as the OnePlus One, it's explicitly stated to be an ISOCELL sensor which confirms that OnePlus has sourced their camera module from Samsung this time around rather than using Sony's IMX214 which was used in the OnePlus One. The front-facing camera gets a bump in resolution from 5MP to 8MP, and uses an Omnivision OV8858 sensor. The lens apertures aren't as wide as the f/2 apertures on the OnePlus One, which will have an impact on low-light shooting performance.

Beyond those changes the OnePlus X looks pretty much like a small OnePlus One as far as the specifications go. Obviously the chassis and display needed to scale down, as did the battery, but these are obvious changes going from a big phone to a smaller one.

The actual design and construction of the phone is a departure from OnePlus's existing industrial design. The OnePlus X drops the exposed plastic and textured back of the OnePlus One and Two, and instead aims for a design made of aluminum and glass. The standard version of the phone has flat metal edges that meet slightly curved glass on both sides, and to me the design looks much more impressive than OnePlus's previous offerings. The phone will also come in two versions, Onyx and Ceramic. The former simply means the black version, while the latter is actually made of ceramic, and also ends up being 22g heavier because of that. The ceramic model will only be sold in limited quantities, with 10,000 being made and sold in Europe and India.

The OnePlus X starts at 249 USD, which is significantly less than the 16GB model of the OnePlus 2 which costs 329 USD. While you definitely do lose a bit as far as specs goes, I actually find the smaller size and new design of the OnePlus X to be much more appealing than the OnePlus Two, and the lower price just makes that look like an even better deal. For anyone interested in buying the OnePlus X you'll still need to get an invite, and it'll be launching in Europe on November 5th for 269 EUR, or 369 EUR if you want the ceramic chassis. In the US the phone will be available on November 11th for 249 USD.