MSI have a pretty recognizable aesthetic, and the GT75 Titan follows in that mold. As is normal with MSI, all the outside edges that you’d normally touch are capped with aluminum, but the bottom of the laptop you’ll never see is built out of plastic. There’s only one color option – Aluminum Black – and some tastefully placed LED lighting on the back of the display, and a red light on the keyboard deck which doubles as a power button. 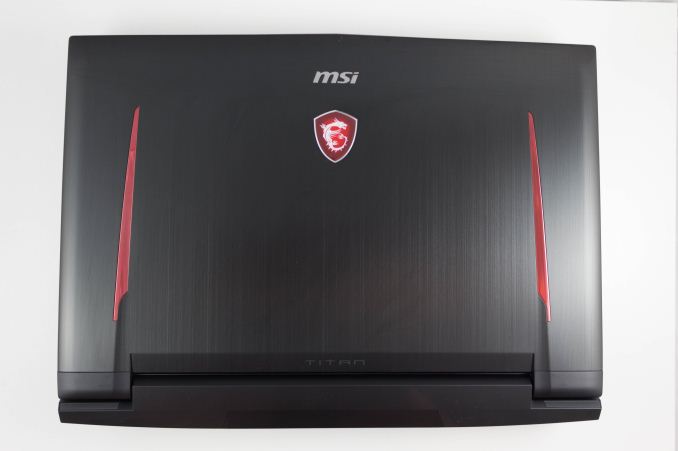 We’ve moved to an era where you come to expect thin display bezels, but gaming laptops haven’t quite gotten there yet. On a 17.3-inch device like this, there’s easily room for the 18.4-inch display from the MSI GT83VR Titan which we reviewed last year, but MSI would be stuck in the same boat as they are with that device where they can only get a 1920x1080 60 Hz display. Shrinking the laptop dimensions to put smaller bezels on the 17.3-inch that’s in there now would remove room for cooling. So, for now at least, the GT75 Titan looks a bit like last year’s laptop. 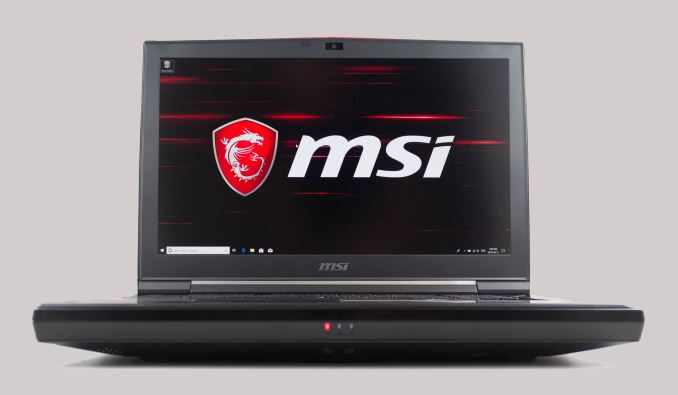 Opening the laptop up, you can see one of the stars of the show. MSI has outfitted the GT75 with a SteelSeries mechanical keyboard, and it offers per-key RGB lighting. This keyboard is a treat to use, especially compared to some of the less expensive devices on the market. There’s a reason why mechanical keyboards are so popular. The feedback is wonderful, and although this doesn’t match a traditional desktop mechanical keyboard for key travel, there’s still plenty of travel available. MSI does offer the GT83VR Titan with a mechanical keyboard mounted at the front, and that device is much closer to a desktop, but in the normal laptop layout, the GT75 is probably one of the best around. 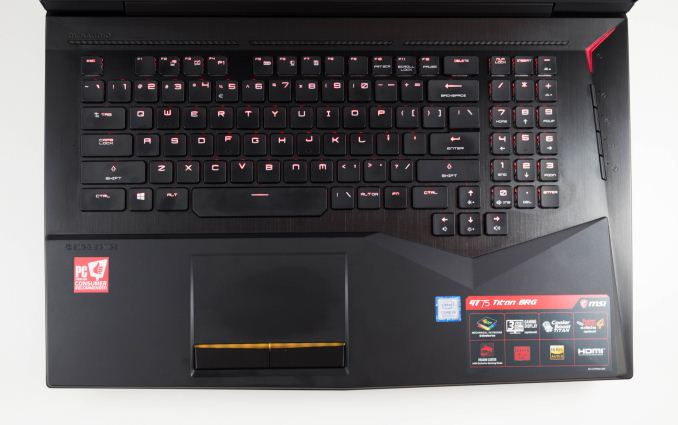 The per-key lighting isn’t just a gimmick either. MSI offers default modes to set the lighting for different gaming styles, so different key combinations are illuminated, or you can just choose your own preference and set it exactly how you would like it to be. MSI also has a nice trick when the function key is pressed. All other keys turn off except those that have a function available, so you can more quickly find the one you want. It sounds small, but it really is a nice feature. 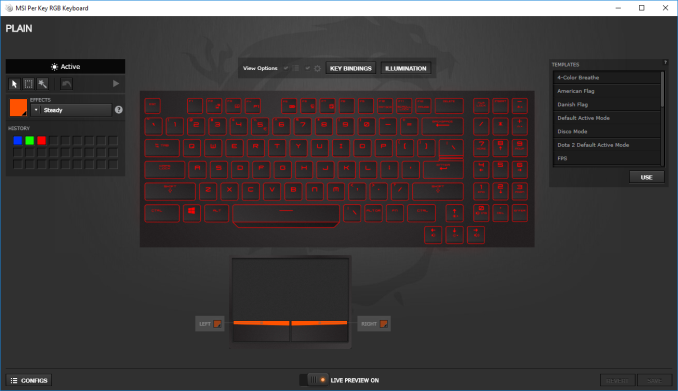 If there were any quibbles about the keyboard, they would be relatively minor. The Fn key is in an odd location right of the space bar, compared to most laptops, although it can be swapped with the Windows Key in software. Also, the key pad, like most laptops, is a bit squished, but thankfully the arrow keys are well placed and full sized.

There’s also five buttons on the right side of the keyboard deck. The top one is the power button, Below that is a button to launch the MSI Dragon Center, which is their control panel to access all of the settings for the laptop. Next is the fan speed control, which toggles it between automatic and maximum fan. Second from the bottom is a button to launch XSplit Gamecaster, and the last button launches the SteelSeries software. 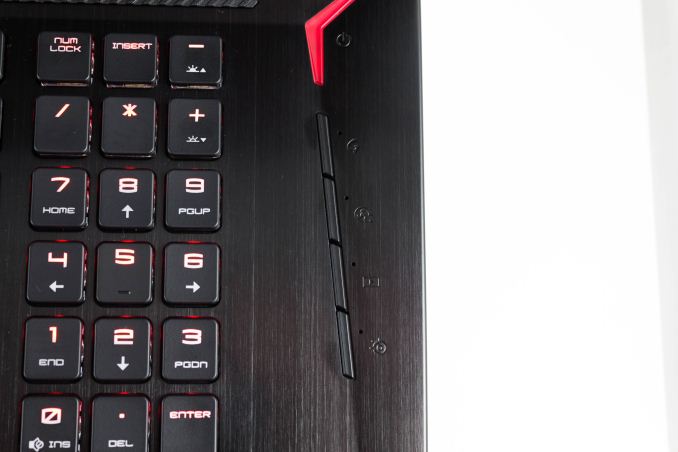 The track pad is generously sized, and offers a nice smooth surface for scrolling. It features physical buttons as well at the bottom, and there’s customizable lighting you can set for both the left and right buttons. The Synaptics touch pad works pretty well overall, but it does seem to have a tendency to sometimes register taps as a downward movement which can be annoying. If you use the mouse keys, that’s not an issue, but it was a bit frustrating to use the touch pad. On a gaming laptop, that’s a small annoyance though, since it’s most likely to be used with a mouse anyway.

The attention to detail on the keyboard deck also carries into the markings on the laptop, which are all etched into the aluminum, so they can’t rub off. It’s another small detail that works well.

On the sides and back is an almost ridiculous number of ports, with five USB 3.1 Gen 2 Type-A ports on the sides, along with the four 3.5 mm jacks for audio, an SD card reader, and a locking slot. On the rear is the Thunderbolt 3 USB-C port, along with both mini DisplayPort and HDMI 2.0, a five pin power connector, and the 10 Gigabit Ethernet jack.

The underside of the laptop is almost entirely covered in air vents for pulling in cool air, and there’s large exhaust ports on both the sides and the back. This is a big, thick, heavy laptop, but all of that cooling is important for what’s inside.