Most of what was shown was stuff we'd seen before in other Apple demos of Lion, but I'll go through all of them for the sake of having all of this data collected into one place.

First, Lion brings new multitouch gestures to the table in an effort to replace mouse-heavy clicking and dragging behaviors. Scrolling, multitouch taps, pinching to zoom, and swiping through multiple photos, web pages, and fullscreen apps. Scrollbars, instead of standing by at all times to be clicked with a mouse, will appear and disappear as needed, as they do in iOS.

Apple has been equipping its Macs with the hardware to do this for awhile - most of its laptops sold since the unibody MacBook Pro refresh in late 2008 have included large, buttonless multitouch trackpads, and the Magic Trackpad introduced in mid-2010 (and offered as an option at no cost with the latest iMac refresh, reviewed here) brings the same functionality to the desktop. 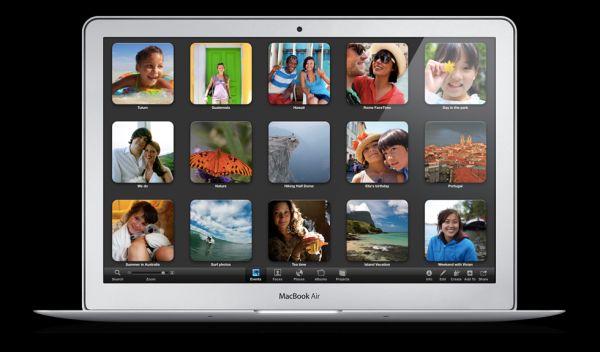 Next, Lion gives developers standard methods for making fullscreen apps, which can run without all of those pixel-eating toolbars and title bars seen in the OS today. This should alleviate my own personal complaints about how much room the standard OS X title and menu bars take up in OS X, especially on the low-resolution screens found in their smaller notebooks.

Most of Apple's built-in programs are going to take advantage of the full-screen feature: this is a list that includes Safari, Mail, iCal, Preview, Photo Booth, iMovie, and iTunes, among others. Toggling between different apps in fullscreen mode and the OS X desktop is accomplished via the aforementioned multitouch gestures. 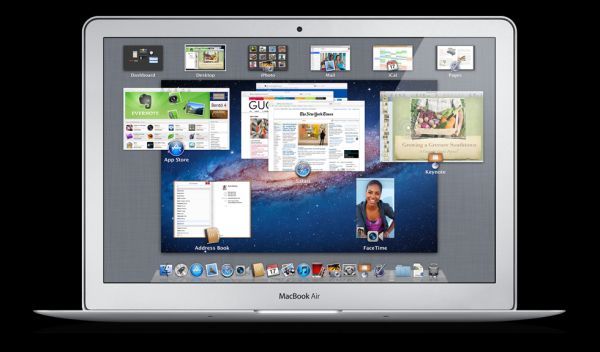 Apple has also added what it calls Mission Control to aid switching between apps - this feature is a natural extension of the Expose app switcher that first showed up in OS X 10.3. You can see all of your open windows (now grouped by app), as well as your different Spaces desktops and widgets. Fairly heavy Expose users will appreciate the extra organization, and this goes a long way toward making Spaces' multiple desktops manageable.

Next up is the Mac App Store, a Snow Leopard add-on that Apple is pushing extremely heavily in Lion - they boast that the App Store is already beating out brick-and-mortar stores like Wal-Mart and Best Buy in terms of units sold. In Lion, the App Store adds support for in-app purchasing, push notifications, and delta updates, meaning that users can download patches that are just patches, rather than a patched copy of the full app. No word on whether Snow Leopard users will be able to enjoy these features, but Apple doesn't habitually backport core OS features. 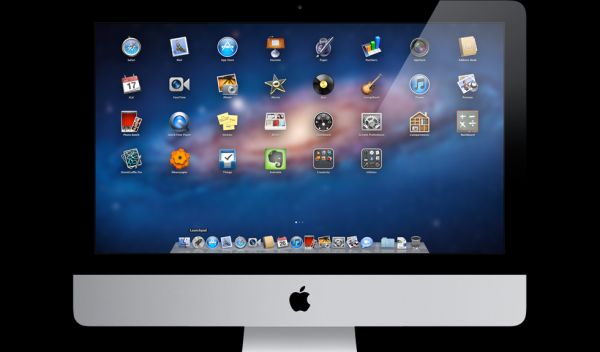 Apps purchased in the Mac App Store are automatically added to Launchpad, Apple's fancy-pants name for the iOS home screen that it has added to OS X. Apps in Launchpad can be organized and grouped just as they are in iOS - there's literally nothing new here if you've ever used anything running iOS 4.

Apple didn't mention whether programs installed via traditional means could be added to Launchpad - given how heavily they're pushing the App Store, I'm guessing that they won't allow it. It's in Apple's interest to make non-App Store programs feel like second-class citizens in the OS, even if they don't completely ban the installation of these programs. This gives consumers more reason to frequent the App Store and developers more reason to get their programs in the App Store. This sort of behavior makes me a bit uncomfortable, even though I can name a dozen people right off the top of my head who would be better off if they could only install approved software on their systems - the user is trading control for convenience, and it's up to the user to decide whether that's a trade they want to make.