Although random write consistency is an important part of the any enterprise SSD story, read performance is also very important. Here we're looking at 4KB random read performance over a 100% LBA span at a queue depth of 32: 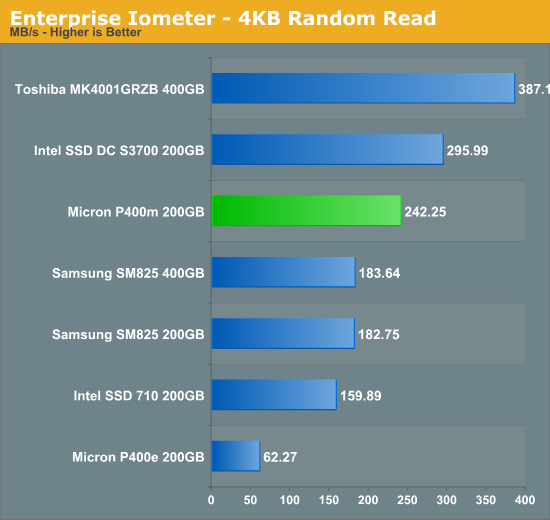 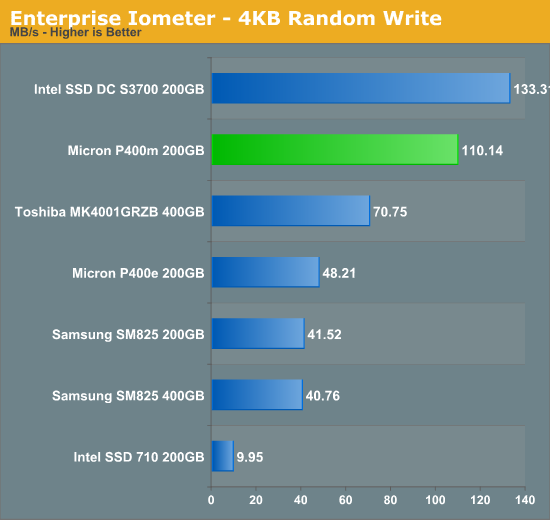 As far as 2.5" enterprise SATA drives are concerned, Intel's S3700 broke new ground in steady state 4KB random write performance. Micron's P400m isn't too far behind though. Intel maintains a 20% performance advantage, but the P400m puts nearly everything else in our chart to shame. Once again the comparison to the P400e is like night and day. 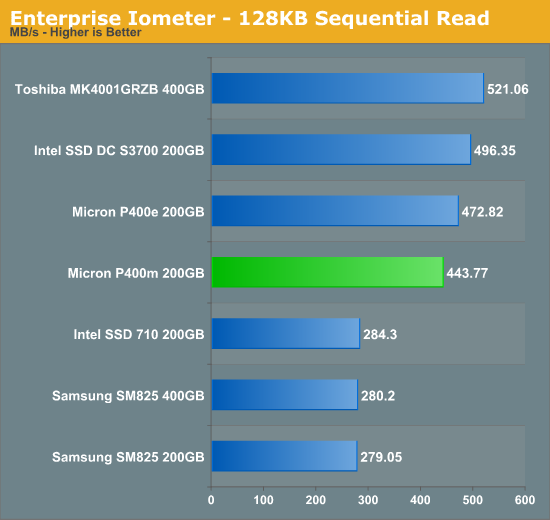 This is the only area where the P400e manages to slightly outperform the P400m. The margin of victory isn't enough to ever recommend the P400e over the P400m, but it just shows how Micron's focus has shifted between these drives. Intel and Toshiba hold the performance advantage here over Micron, but all of these drives are at least within the same realm of performance. 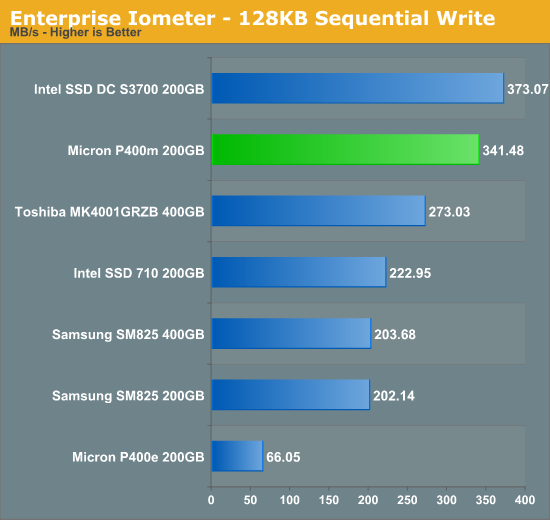 Switch our focus to writes and the P400m and S3700 are alone at the top. Once again the P400m puts the P400e to shame, its sequential write performance is over 5x that of Micron's previous drive. Intel maintains a 9% performance advantage here.