The Destroyer has been an essential part of our SSD test suite for nearly two years now. It was crafted to provide a benchmark for very IO intensive workloads, which is where you most often notice the difference between drives. It's not necessarily the most relevant test to an average user, but for anyone with a heavier IO workload The Destroyer should do a good job at characterizing performance. For full details of this test, please refer to this article. 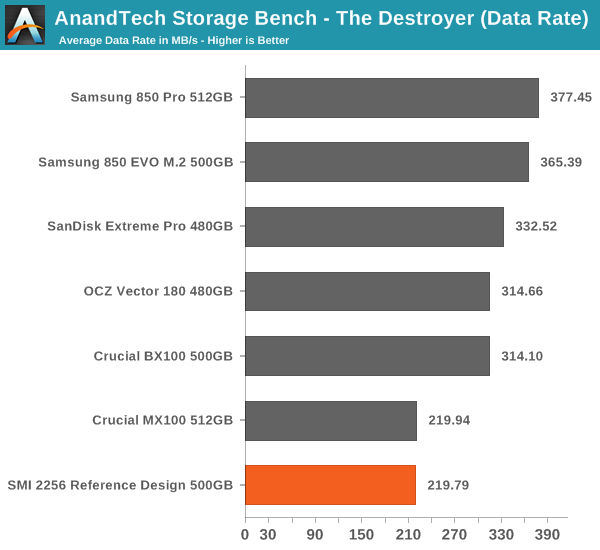 Under a very intensive IO workload, the SMI 2256 is a mediocre performer. Average data rate is high, which suggests good performance at large IO sizes, but the average latency is considerably higher than what MLC drives and the 850 EVO have to offer. Then again, TLC is slower than MLC and 3D TLC, and that's a fact that no controller can get around. Ultimately TLC drives, at least at first, will be more aimed towards typical client workloads anyway, which aren't really illustrated by The Destroyer. 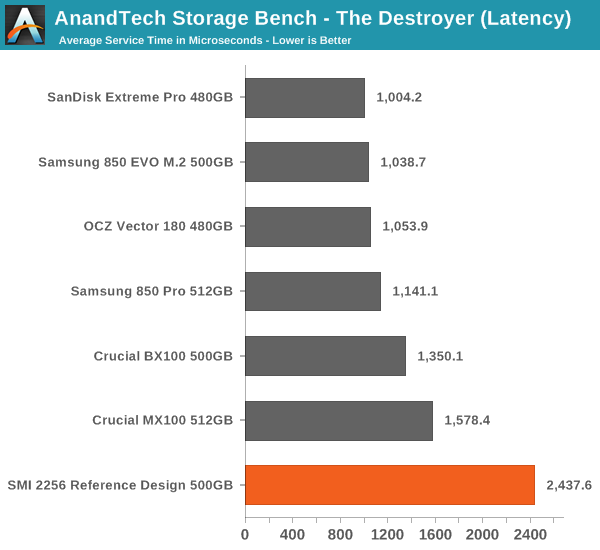 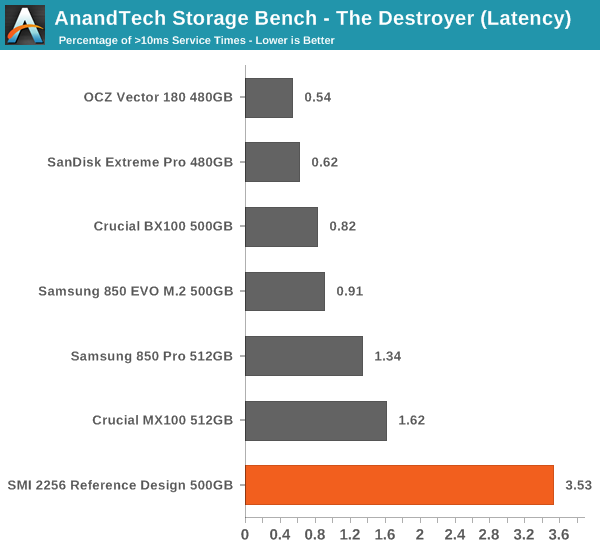 The number of high latency IOs is substantially higher than in the SM2246EN, but at 3.5% it's not alarming especially because the share of >100ms IOs is very moderate and not any worse than MLC drives. 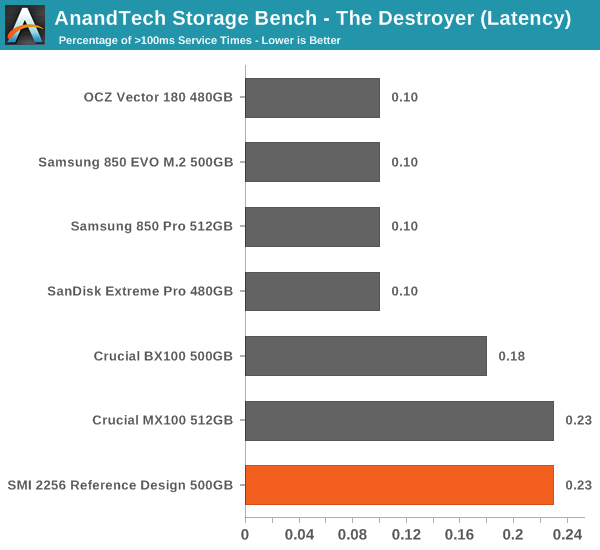 One of the inherent issues with TLC that nobody is talking about is increased power consumption, which our testing proves. TLC requires a higher number of program pulses to program the correct voltage, resulting in longer total program time as well as increased power draw. In addition, SLC caching means that all data essentially gets written twice, which obviously adds power draw despite SLC programming being much more power efficient. 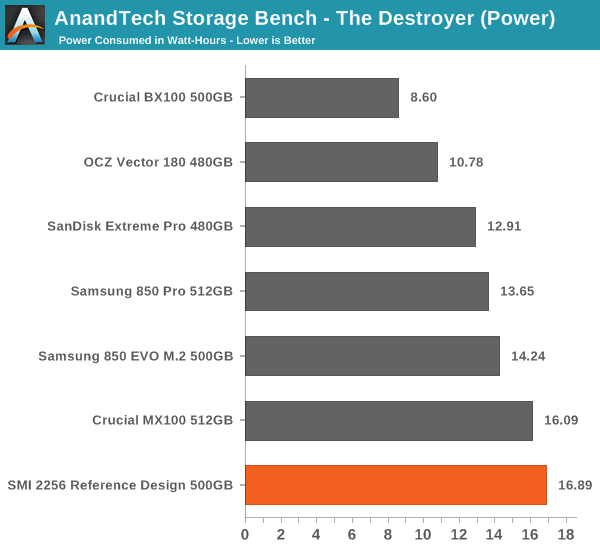