It is hard to mistake a ThinkPad. They have had a consistent look, and it has served the brand well. At CES in January, Lenovo showed off the 100 millionth ThinkPad, and the brand has always carried a consistent understated look. The T450s does not differ in this regard, and carries the familiar matte black exterior and ThinkPad logo on the lid. The T450s is a 14-inch model just like the ThinkPad X1 Carbon but unlike the X1 it has a thicker body with squared off sides. It is a couple of millimeters thicker than the X1 Carbon and tips the scales at about 3.5 lbs.

The slightly thicker dimensions make a big difference in a couple of features with the T450s. Unlike the X1 Carbon, there is just barely enough room for a RJ-45 port for wired networking, which is very important in a lot of business scenarios. The X1 Carbon has built in wired networking as well but requires a dongle to access it. There is a full assortment of connectivity options, and the T450s includes a docking port for use with the optional ThinkPad Ultra Dock, which offers a large selection of connectivity options, display outputs, and USB. 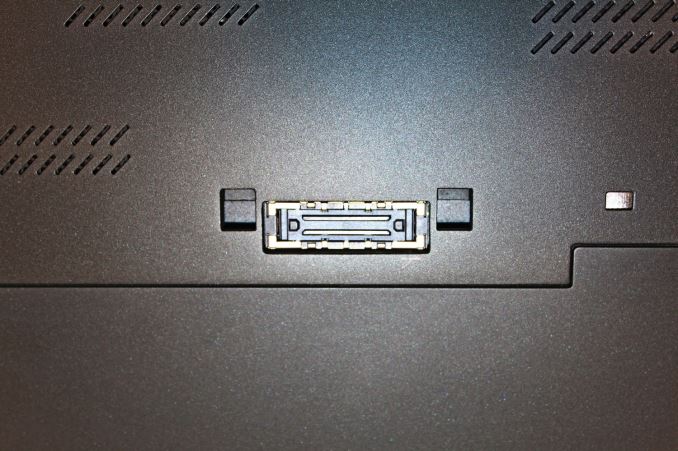 The biggest benefit to the thicker chassis though is extra travel possible in the keyboard. The ThinkPad brand is well known for their keyboards, and the one fitted to the T450s is really a great one. Key presses are firm and the extra travel makes for a pretty fantastic typing experience. It is likely the best laptop keyboard that I have had the pleasure to use, and with the move to thinner and thinner devices it is great to see one that leverages a thicker design to give a better experience. 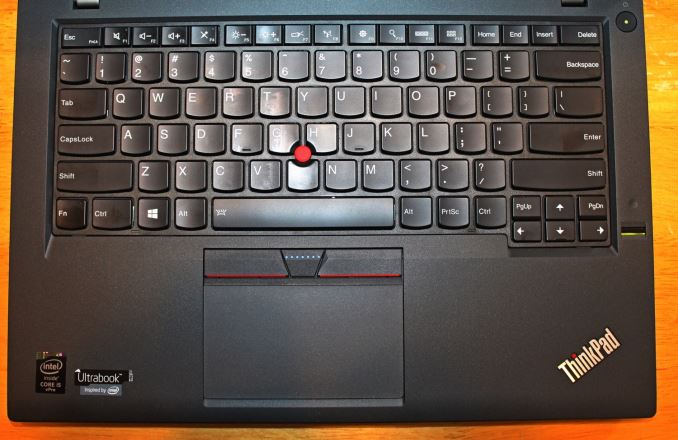 As a ThinkPad, it also includes the TrackPoint in the keyboard. This is certainly a love it or hate it concept, but I personally find the TrackPoint to be a much more accurate way to navigate, and you do not have to remove your fingers from the keys to do the navigation. The 2015 ThinkPad models have also returned to actual buttons for the TrackPoint which is going to please a lot of fans. For those that prefer a track pad, the T450s has a very nice one of these as well, but unlike the TrackPoint there are no dedicated buttons for it. You can of course turn to the physical buttons at the top for the TrackPoint as well but it is designed as a clickpad and works well. The ThinkPad T450s really nails down input, offering a fantastic keyboard, the TrackPoint, and a good clickpad. If you are someone who does a lot of typing, this notebook would certainly be one to consider on that point alone. 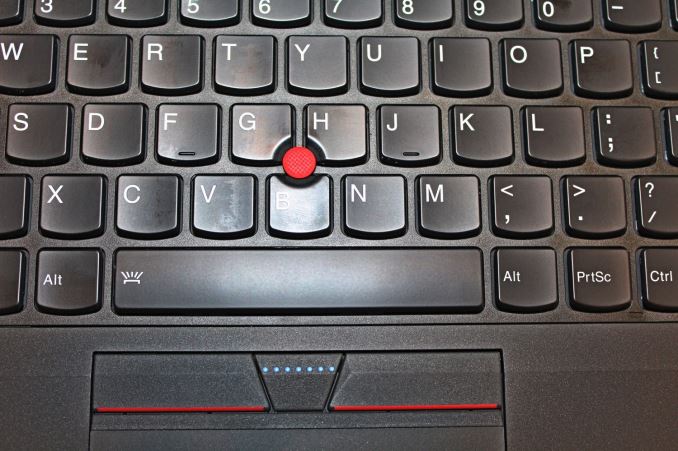 Normally I don’t dedicate much of the review to the underside of a notebook, because generally there’s not much to say. That’s not the case on the T450s though. Here is where we see Lenovo’s Power Bridge technology in action. At the back of the notebook is the half size removable battery, and it can easily be removed and replaced with another one without having to power down the laptop. We’ll dig into this more in the battery life section. The battery is nestled in close to the docking port and has two latches to remove it and slide in a new battery.

Lenovo brands the ThinkPad T450s an Ultrabook, and it is maybe not as thin and light as most Ultrabooks, but the design itself should not be a detraction because they have not gone as slim and light as something like the ThinkPad X1 Carbon. In fact, by providing a slightly bigger laptop, you gain a lot of advantages that we have kind of lost over the years, including an Ethernet port, and the ability to fit a very good keyboard inside. The design is very much ThinkPad, and people who like the matte black conservative look should really like the T450s. The thin bezels make the T450s feel more like a 13-inch notebook which is nice The integrated fingerprint reader makes login a breeze, and will work with Windows 10’s Hello feature.

Despite the ThinkPad X1 Carbon being what I would consider Lenovo’s flagship ThinkPad, I really like the T450s because of the keyboard, but really the Power Bridge adds the capability to have unlimited battery life (assuming you have enough batteries). A full dock makes this work with a more traditional docking station unlike the X1 Carbon which needs to be connected with a dongle.