Intel announced it, we asked for one, we were told no press samples, so we bought one. This is Intel's 40th anniversary of the original x86 microarchitecture with the 8086 processor, and to celebrate they released the Core i7-8086K, based on Coffee Lake with a turbo up to 5.0 GHz. With only 50,000 parts to be sold worldwide, 8086 of which are given away for free in regional sweepstakes, Intel is being bold in trying to limit supply and actively promote its new mainstream headline act. As with most processors, it is all in the binning, and this is truly Intel’s highest performance mainstream processor ever. However buying one of these CPUs for performance might leave a bad taste in your mouth. 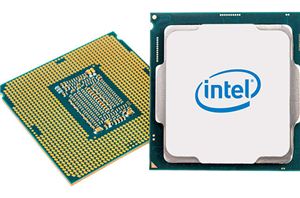 As an homage to both Intel’s 50 year company anniversary and the 40 year anniversary of the eponymous 8086 processor, today Intel surprised us all in announcing the Core...