The 2018 Apple iPad Pro (11-Inch) Review: Doubling Down On Performance

Arguably the largest change to the new iPad is in its design choices, and Apple has made some bold choices here which deviate significantly from the previous models. Apple calls the latest iPad Pro a “Window onto your work” and the company has taken design inspiration from its iPhone lineup with the reduction in the screen bezels to achieve this window onto your work.

The smaller bezels preclude the use of the Home button, which had already been deprecated in the iPhone, so it isn’t a surprise to see it removed here as well. The removal of the Home button also introduces the use of the same gesture based navigation already seen in the iPhone, except in a larger form factor. It also introduces Face ID to the iPad for the first time. 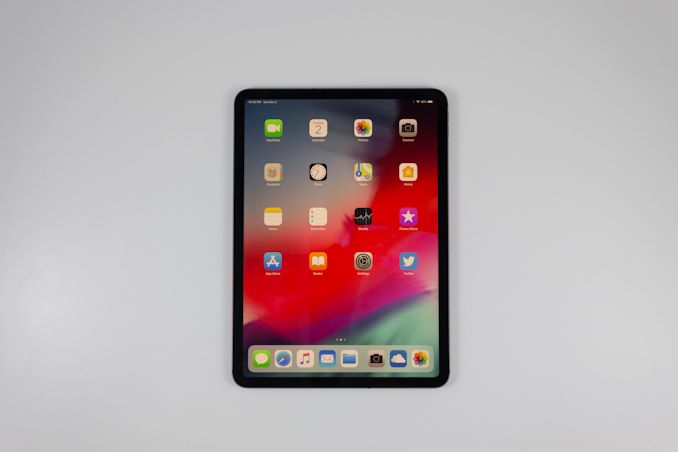 Due to the fact that the bezels required for a tablet are proportionally larger than a phone, there’s no need for a notch, and the Face ID camera sits almost hidden in the upper bezel. Unlike on the iPhone though, there’s no guaranteed way that you’ll be holding the iPad, and if you are holding it in landscape it can be very easy to have your hand over the camera. If that’s the case, iOS will let you know the camera is covered and show an on-screen arrow pointing to where it is. And, of course, the same caveats that go with any facial recognition system come into play with the iPad Pro. You have to be sure the camera can see you, so if the tablet is sitting on a table as you are using it, you may have to contort yourself slightly or pick it up if Face ID is required. It’s not quite as simple as Touch ID was, but it’s very quick and reliable.

If there is one major annoyance with Face ID on the iPad Pro it is the login process, which is overly cumbersome. Turning on the iPad will initiate a Face ID login, but Apple requires a swipe-up gesture to finish the unlock process. This is compounded on the iPad by the fact that the swipe must originate from below the bottom of the screen as if you were going to Home. Since your hand is likely not to be there, it is a less than ideal gesture for something that must be done so many times. If Apple just allowed the swipe up anywhere on the screen, it would be a big improvement.

Still, the removal of the Home button does make for a much more modern looking device, with the smaller bezels we have gotten used to over the last couple of years, and Apple continues its attention to detail by having the display corners match the radius of the device corners.

The other big design change with the iPad Pro is that Apple has moved to an almost-squared off edge, compared to the more rounded, tapered edges on the older models. This design change was almost certainly to facilitate the new Apple Pencil storage location, which has it magnetically attach to one side of the device. There’s a small RF transparent window there to allow the Apple Pencil to wirelessly charge when attached to the iPad, and a new pencil will sync with the iPad just by attaching it, which makes it a very seamless experience to get it up and running.

The squared off edges don’t provide the great in-hand feel of tapered edges though, but the iPad is thin enough that it is not a huge issue. It’ll also likely spend most of its life in a case, which is unfortunate since it is a great looking piece of technology. Apple has also done a great job of incorporating the various antennae into the design with symmetrical lines on the top and bottom which separate the metal at the top and bottom with the rest of the device. 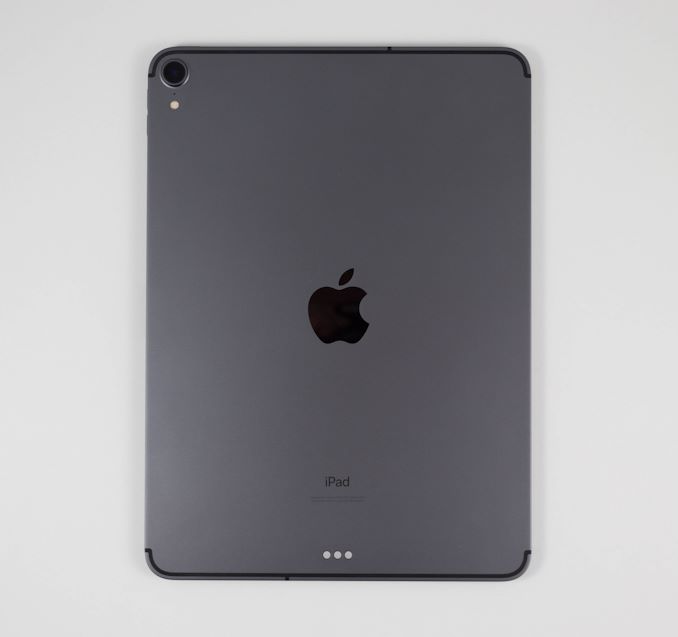 Finally, Apple has continued its use of a quad-speaker arrangement on the iPad Pro, although with most things on the new iPad, they’ve been refreshed as well. There is now two speakers at each corner, with both a tweeter and a woofer which Apple says offers better sound with less space allocated for the speakers.

Overall the design of the latest iPad is quite striking, and the reduction in bezels provides a much more modern looking tablet. It keeps all of the attention to detail that Apple designed devices are known for. The iPad continues to lead the segment in design, and 468 grams for the 11-inch model we have for review, it is very easy to hold in one hand and use. The lack of rounded sides is somewhat masked by the 5.9 mm thickness, and despite internet rumors, the iPad Pro won’t bend in half just by holding it. The squared edges make it feel quite sturdy, although if you tried to bend it you likely could. But since it will likely live its life in a case of some sort, the proper care to prevent this shouldn’t be extreme.