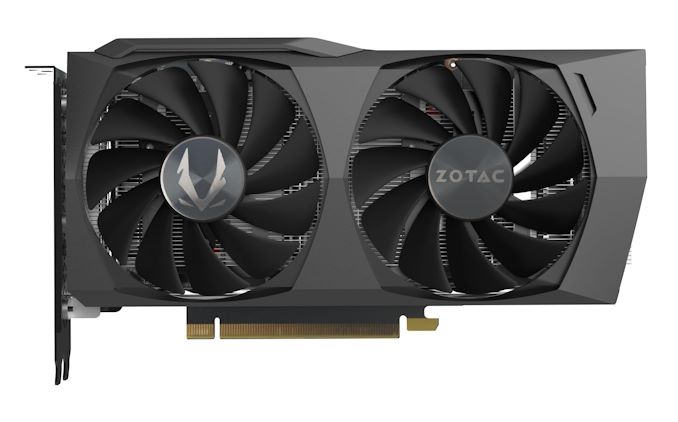 NVIDIA this morning has released a new driver set for their GeForce cards, version 466.27. And though it’s primarily for next week’s release of Metro Exodus PC Enhanced Edition and a couple of other games, this latest driver drop from NVIDIA also includes an update to their anti-Ethereum throttle, which they first implemented in their GeForce RTX 3060 cards. In short, NVIDIA has tweaked future RTX 3060 cards to require this driver (or newer), which will prevent them from using older drivers that can bypass NVIDIA’s hash limiter. As a result, RTX 3060 cards shipping starting in mid-May will once again be fully locked down against running Ethereum at full (native) speed.

As a quick refresher, back in February with the launch of the GeForce RTX 3060 family of desktop video cards, NVIDIA implemented a novel throttling mechanism to artificially limit the Ethereum mining performance of the cards. This was done in an attempt to make the cards less palatable for miners – who have infamously been buying up cards in what is already a supply-constrained market – and thereby ensure more cards made it to gamers. Unfortunately for NVIDIA, this strategy worked for less than a month before the company accidentally released a driver without the full anti-Ethereum code in place, making it possible to mine Ethereum at full speed in some cases.

Now, having learned from their previous snafu, NVIDIA is taking another shot at locking down the Ethereum mining performance in future RTX 3060 cards by updating their hash limiter and preventing those new cards from using the older, broken development driver.

It also updates the hash limiter for the GeForce RTX 3060 and is required for products shipped starting mid-May 2021.

Unpacking this short (and somewhat ambiguous) statement a bit, starting with the next batch of RTX 3060 cards, which are expected to begin shipping in mid-May, 466.27 will be the minimum driver version required for these cards. Which, despite NVIDIA’s multi-branch naming system, is a newer driver than the compromised 470.05 released back in March. This driver has the updated hash limiter code, and thus, baring future unforced errors on NVIDIA’s part, it will not be possible to mine Ethereum at full speed on future RTX 3060 cards.

NVIDIA has otherwise been fairly tight-lipped on their anti-Ethereum code, but thanks to their March flub and efforts by miners to get around the code, we can take an educated guess at what NVIDIA is doing under the hood with these future RTX 3060 cards. Most likely, NVIDIA has blown an eFuse or two in order to require that newly-minted GA106 GPUs can’t be used with older BIOSes. By changing the minimum BIOS requirement, NVIDIA can have the newer BIOS enforce the newer driver requirement, with the driver in turn enforcing (or at least helping to enforce) the Ethereum throttle. All told, this is very similar to how hardware security works on consoles, where NVIDIA has some experience thanks to the Tegra X1-powered Nintendo Switch.

As for whether this attempt will fare any better than NVIDIA’s previous one, it remains to be seen. But even as things stand with current-generation RTX 3060 cards, NVIDIA’s anti-Ethereum throttle has largely held up; the March snafu has exposed that NVIDIA is already operating a “defense in depth” strategy with multiple checks to identify mining cards, looking for things such as cards operating on a PCIe x1 bus and cards not hooked up to monitors. So if there are any weaknesses, especially on the Linux side of things, then this will be NVIDIA’s opportunity to shore things up for their anti-Ethereum throttle.

Finally, NVIDIA has also informed us that these revised RTX 3060 cards will not be labeled any differently than existing RTX 3060 cards. Since the actual product specifications and functionality haven’t changed – and presumably the GPU hasn’t either – the revised cards will be sold with the same RTX 3060 branding as they have since their launch in February. So once these cards hit the market, it will end up being a relatively silent swap.