Since I reviewed my first SSD, three things have happened. 1) Controllers have improved significantly. My personal favorite, SandForce’s SF-1200, can outperform the original X25-M by more than 3x in random write speed. 2) Consumer capacities have tripled. While the majority of SSDs sold are still under 100GB in size, you can now get 240GB and even 480GB consumer drives. 3) Prices have dropped. The first SSD I reviewed was Intel’s 80GB X25-M and it carried a $595 MSRP. OCZ will sell you a 120GB Vertex 2 for about half that today.

As a result of prices dropping, SSDs are being used for more than just expensive boot/application drives. Personally, I use a couple of old SSDs connected to Apricorn SATA-to-USB adapters as Windows 7 and Mac OS X 10.6 install discs. Using an SSD instead of a DVD drive speeds up OS install time considerably. I can install Windows 7 from one of these SSDs to an SSD in just under 3 minutes (timed from the moment it starts installing to the first reboot).

OCZ was the first to produce an interesting SSD for external use. The Enyo was an Indilinx Barefoot based SSD, much like the original Vertex, but paired with a SATA to USB 3.0 bridge in a very sleek package: 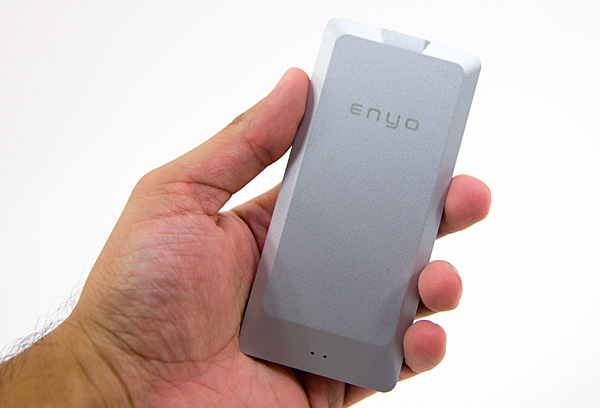 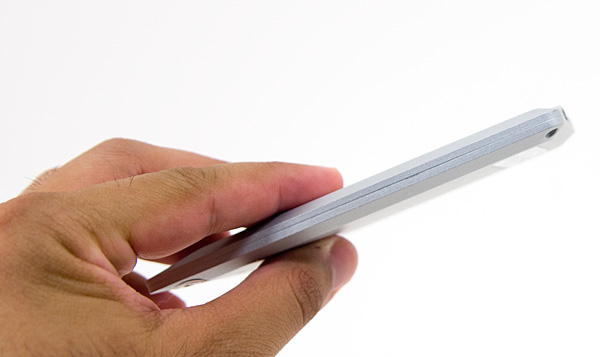 The aluminum housing is eerily reminiscent of Apple’s unibody MacBook Pro design, it feels very similar. Even the Enyo’s packaging is very Apple-like. 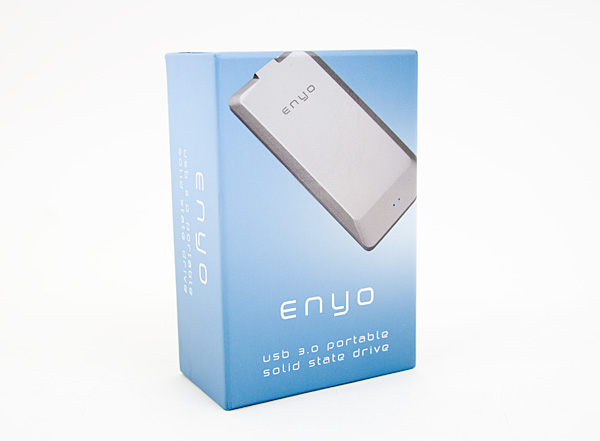 Since this is a USB 3.0 drive you have the requisite USB 3.0 cable. The micro-B connector on one end is unique to USB 3.0 devices (don’t lose the cable) while the other end will work in both USB 2.0 and 3.0 devices. 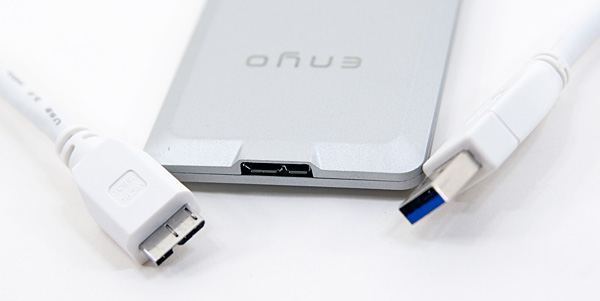 The resulting performance was pretty incredible for an external drive:

It’s fast enough to pretty much do anything on, and close to the performance of an internal Indilinx based SSD. There’s no TRIM support, but you do get idle garbage collection assuming you have it plugged into your computer and have at least some free space on the partition. In my testing the garbage collection worked with NTFS partitions, I couldn’t get it working with HFS+ partitions. 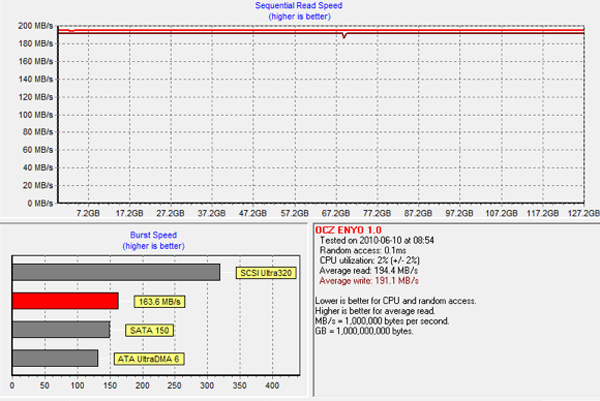 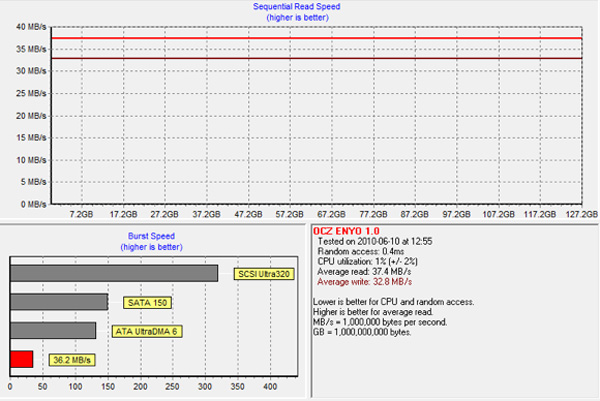 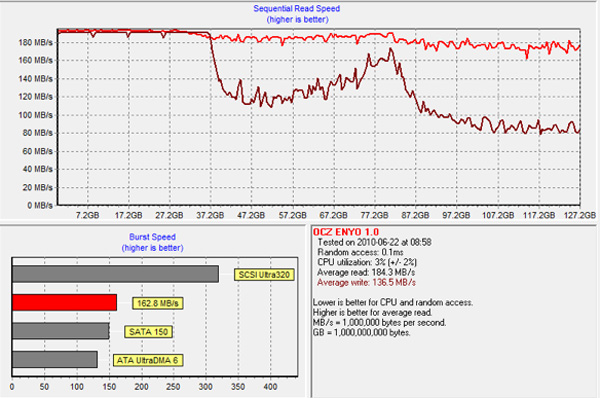 OCZ Enyo, after drive has been idle for several hours 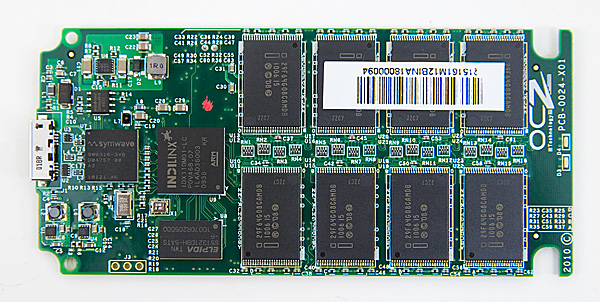 The Enyo continues to be unrivaled in the market, but its pricetag is tough to justify:

At $305 for a 120GB drive, you could actually buy a faster 120GB SandForce SSD and pair it with an external USB dongle. Of course it wouldn’t look as nice and it wouldn’t be as fast given that most SATA to USB dongles don’t support USB 3.0.

If you do have a use for it however, the Enyo gets the job done. I’d love to see OCZ cram a SandForce controller in there instead of the dated Indilinx controller though.

OCZ has traditionally gone after the high end of the SSD space, so the Enyo makes a lot of sense. But if you want something a bit cheaper to plug into your otherwise unused USB 3.0 ports, Kingston has another option.