The state of CPU performance testing under Android is unfortunately still quite broken. We're using a mix of browser based tests with Java & Native apps (AndEBench). 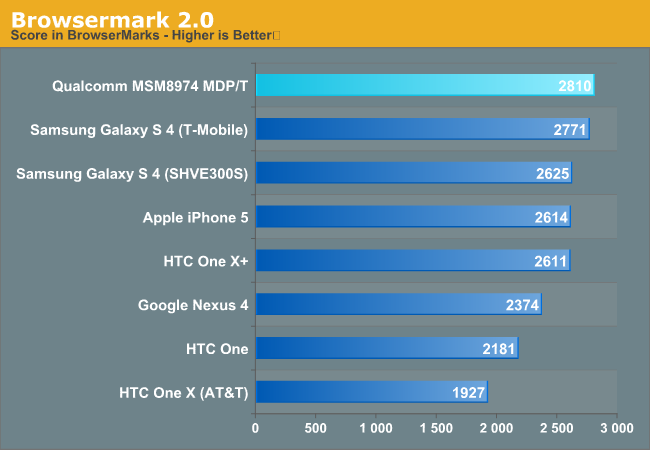 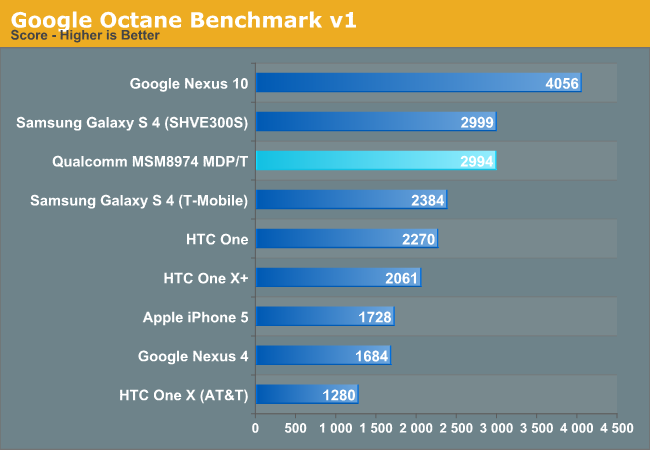 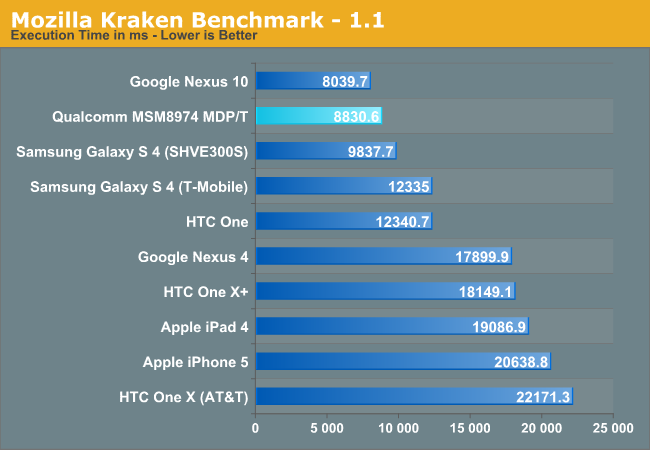 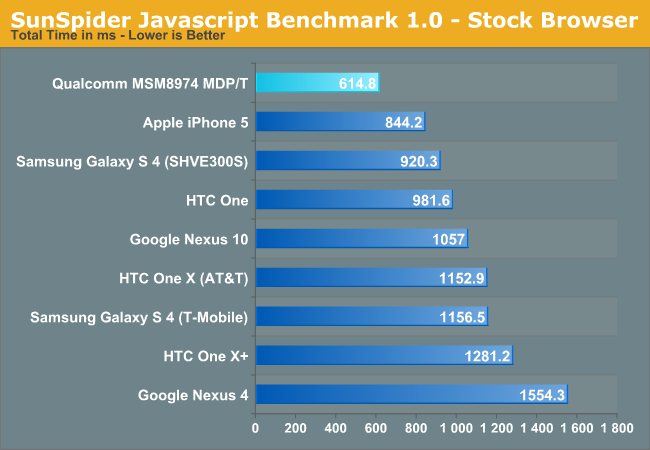 Krait 400 seems to do very well against ARM's Cortex A15, trading positions in terms of performance depending on the test. As these are browser based benchmarks there's a big software component to variability that prevents big conclusions from being made here, but it's clear that Snapdragon 800 is in a similar performance class to current Cortex A15 based designs. 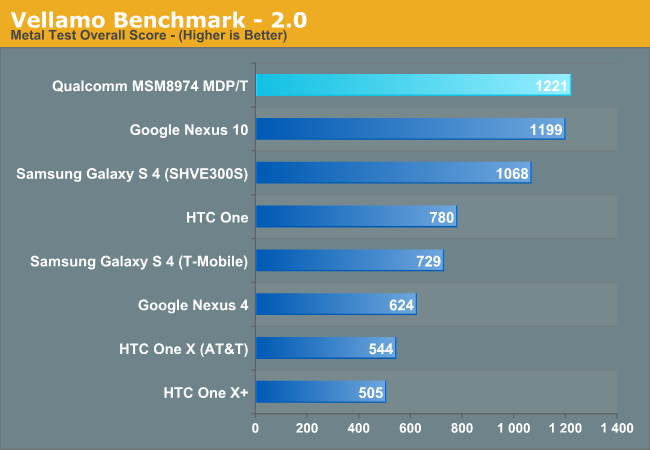 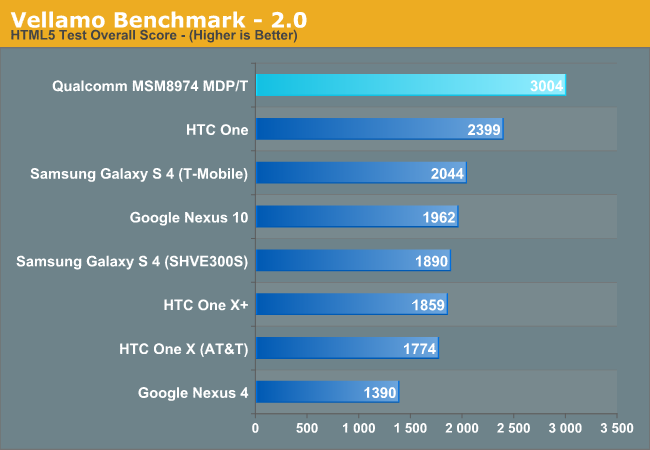 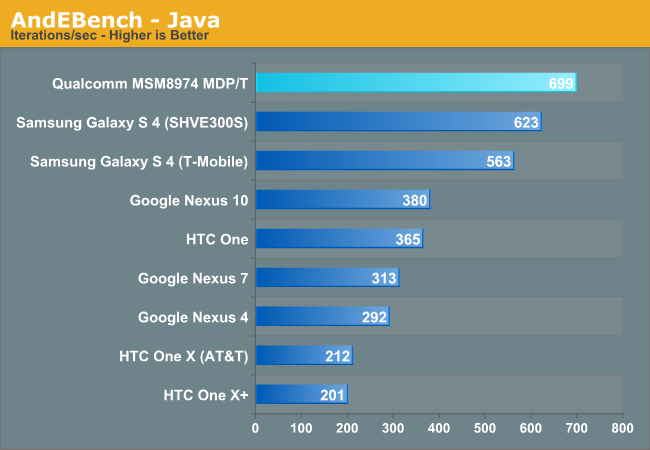 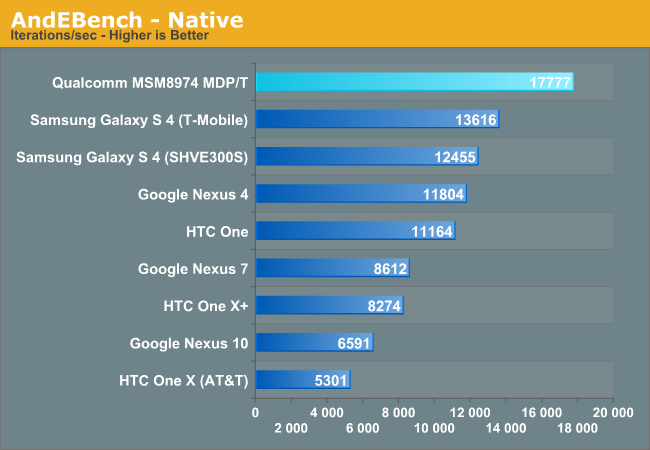 The Java and Native client AndEBench tests echo what we've seen elsewhere: Snapdragon 800 can definitely be quicker than ARM's Cortex A15, and at least is in a similar class.