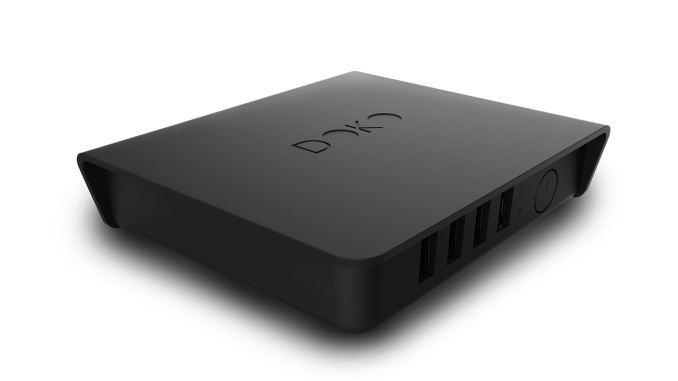 While at CES, I was able to stop by NZXT to check out some of their upcoming products. Imagine my surprise when I found that there were essentially no cases being shown; instead, NZXT was demoing their new in-home media streamer, DOKO. While it was shown at CES, NZXT officially launched the DOKO today, asking us to hold off coverage until now. If your first thoughts are like mine, you're wondering: how is this better than Steam, a media streamer, or NVIDIA's SHIELD? The answer is somewhat lengthy, so let's start with an overview of what the current streaming solutions offer.

Steam is a custom software-based streaming solution designed around gaming, so first you need to be running a Steam game for it to even work, and second you need to have two full PCs – the source PC and the destination PC. Steam in-home streaming can be a great solution, but it's only really viable if you want (and can afford) a second full PC in the living room. Granted, it can be a relatively low-end PC, but it will still cost at least $200 and it will consume a moderate amount of power. Media streamers on the other hand are great at one thing: streaming media. Whether it's Netflix, Hulu, or some other content, that's basically the only thing media streamers are really intended to handle: video/multimedia content. And wrapping up with NVIDIA's SHIELD, you're able to hook up a SHIELD device to your living room HDTV, and if you have a PC with an NVIDIA GPU you can stream games or any other content available on Android…but you're locked into NVIDIA for gaming.

Basically, all of the above have limitations as well as areas where they do well. NZXT's DOKO looks to be something of an inexpensive jack of all trades…and master of none. The biggest issue most will have is that the DOKO in its current form only outputs 1080p30 content. That's fine for some use cases (video streaming is usually not a problem, and less "twitchy" games should be fine), but for others it may prove a serious limitation. The good news is that outside of the DOKO box, there's nothing else required other than installing the DOKO software on any and all PCs in the house. 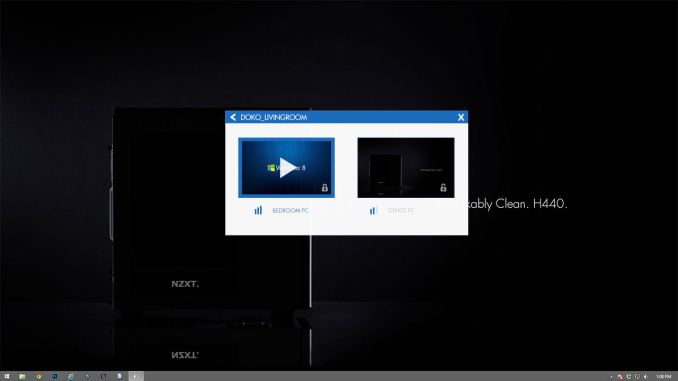 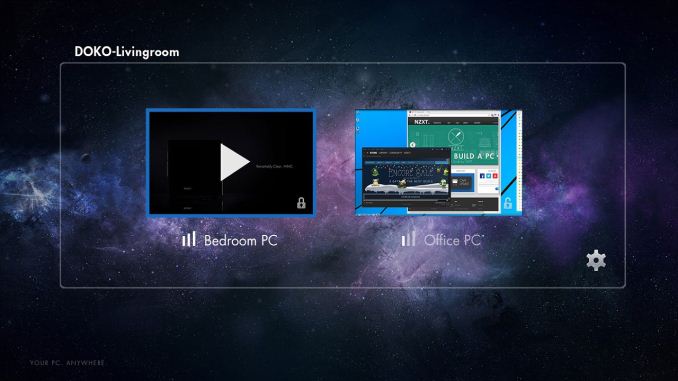 Connecting to a PC is relatively simple and only takes a few seconds, most of which is spent initializing the USB devices plugged into the DOKO. Once that's done, you can interact with the PC just as you would if it were connected directly to the HDTV. Want to open an office application, surf the web, watch a movie, play a game, read email, or anything else? No problem. Everything your PC can do gets streamed to the HDTV via DOKO, at 1080p30. Lag in my experience wasn't bad either; NZXT quotes 15-80ms, depending on how you're connected, which brings up an interesting point: DOKO only has a Gigabit Ethernet connection; no WiFi. I suspect the latency over pure GbE will be extremely low – and the 30 FPS limitation becomes even more surprising – but if you connect over a wireless bridge then latency will certainly take a hit. 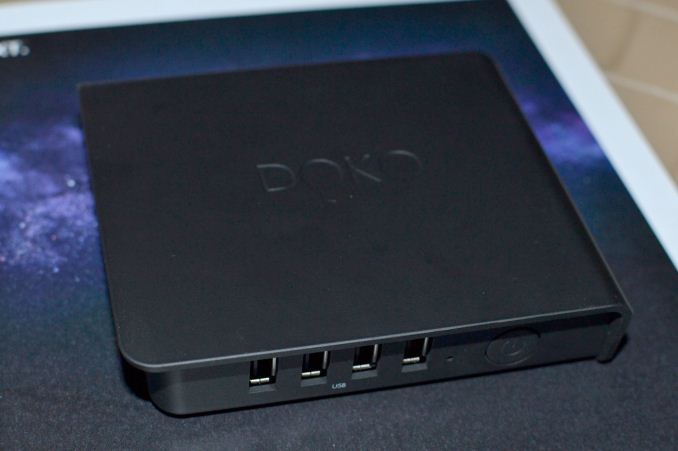 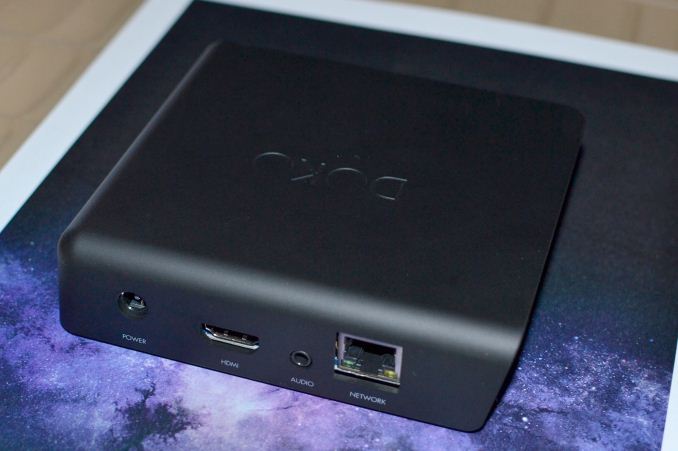 Let's finish off with a few specs, for those who are interested in the internal workings of the DOKO. It comes with a Wonder Media 8750 SoC, four USB 2.0 ports, and HDMI 1.3 output, Gigabit Ethernet, and a headphone jack. The DOKO box measures 108mm x 121mm x 29mm (WxDxH), and it weighs just 0.32kg – it's almost too light for wired devices, as the weight of a few cables could easily move the box around. Power is provided via a 12V 2.5A adapter, though I'd be surprised if the device uses anywhere near the maximum 30W that adapter can supply (unless you happen to have all four USB ports connected to relatively power hungry devices). The box also includes 256MB RAM and 2GB storage. The encoding/decoding of the 1080p30 signal is uses a licensed codec from a third party, I believe, but I didn't get the details – it does not at present utilize NVENC, Quick Sync, or any other form of hardware accelerated encoding as far as I am aware, which is likely a big part of the 30 FPS limitation.

As far as USB device support goes, DOKO currently supports most USB storage devices, plug-n-play keyboards/mice, wireless keyboards/mice (with a USB adapter), and the official Xbox 360 wired and wireless controller. Additional USB devices may function properly but are not guaranteed. DOKO does not currently support USB headsets or USB webcam devices, but NZXT is working on a firmware update that will bring support for both devices. DOKO has a support page with information on tested peripherals that should contain the latest information.

DOKO is an interesting idea, but that 30 FPS cap is going to turn away a lot of users. As someone that tests laptops, I can say that 30 FPS isn't the end of the world – especially a smooth and consistent 30 FPS – but by no means is it anywhere near ideal. NZXT may end up making a DOKO 2.0 with 1080p60 support and that would definitely help, but until/unless that happens the DOKO is going to be a niche product. If you want an easy way to connect to your PC from the living room and you can run Ethernet to the location (or have a WiFi bridge), it will get the job done, but only at 30 FPS. At least the pricing is reasonable, as $99 gets you a DOKO with support for as many PCs as you might have in your home. System requirements list a 1GHz of faster CPU, 512MB RAM, Gigabit Ethernet, and Windows 8 is recommended (though Windows 7 apparently works with sub-optimal performance).