As the week starts to wind down NVIDIA is back with another driver release, 335.60.

This latest release is notable for a few different reasons. Officially NVIDIA is releasing this as their preferred Game Ready driver for the Ashes of the Singularity tech demo, which is due later this month. Ashes is a large-scale RTS being developed by Oxide Games and Stardock, the former of which is likely better known for their Star Swarm tech demo. Built on the same Nitrous engine, Ashes will be the first DirectX 12 enabled consumer software to be released, though in very early form as a tech demo ahead of its 2016 launch. 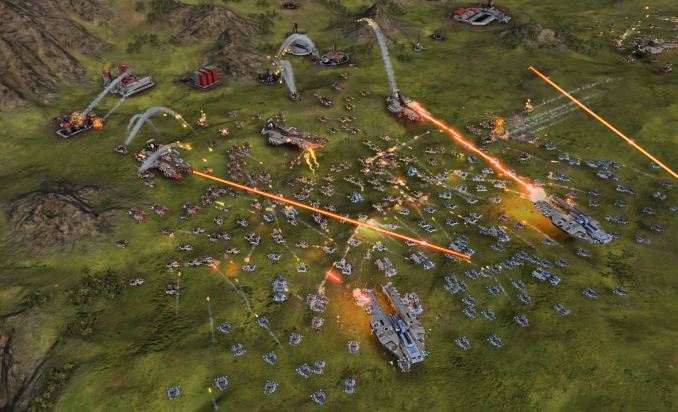 Meanwhile this driver is also the first release from NVIDIA’s R355 branch. At this point we don’t know a great deal about this new driver branch – NVIDIA’s release notes are thin on both new features and bug fixes – though I suspect this is one of those cases where we’ll find out more later.

That said, the one major addition we do know about for this driver is that it enables support for NVIDIA’s GameWorks VR technology in a consumer driver. Along with this driver release GameWorks VR is being promoted from alpha to beta status, and with the release of a new beta SDK is being opened up to more developers and wider testing. NVIDIA has been heavily investing in VR, seeing it as a potential new market to not only further grow sales, but as a market that will require more powerful and expensive GPUs than standard consumer system builds.

As usual, you can grab the drivers for all current desktop and mobile NVIDIA GPUs over at NVIDIA’s driver download page.