The Hydro G PSUs use a slightly modified standard steel chassis that is sprayed with satin black paint. The satin paint has an excellent finish but it also is highly prone to fingerprints, so much so that in systems where aesthetics matter and the PSU is visible, the unit will probably need to be cleaned using a soft cloth after first installing it inside the case. A sticker with the electrical specifications and certifications of the PSU can be found at the top side of the chassis. On both of the PSU's sides, we find the simplistic blue stickers pre-attached. Thankfully, the side sticker facing the left side panel of the case will always be upright, regardless whether the PSU has been installed with the fan facing up or down. 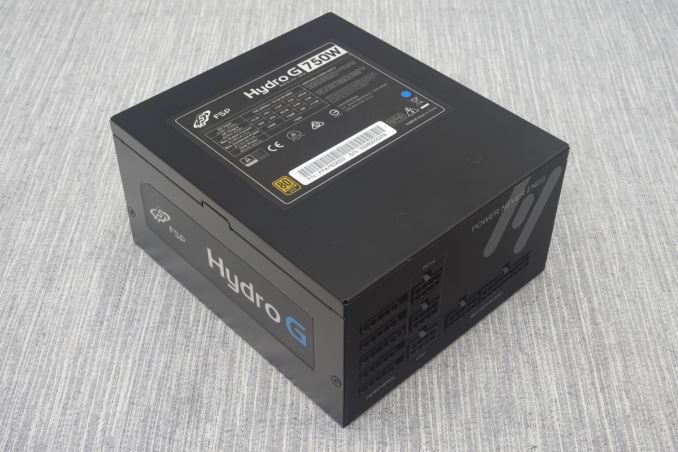 FSP is using a diagonal dual parallel wire finger guard for the fan. Diagonal Cassini oval openings also form the exhaust opening at the rear of the PSU. According to the company, this formation is supposed to reduce aerodynamic drag, which in turn reduces turbulence, resulting to lower noise. 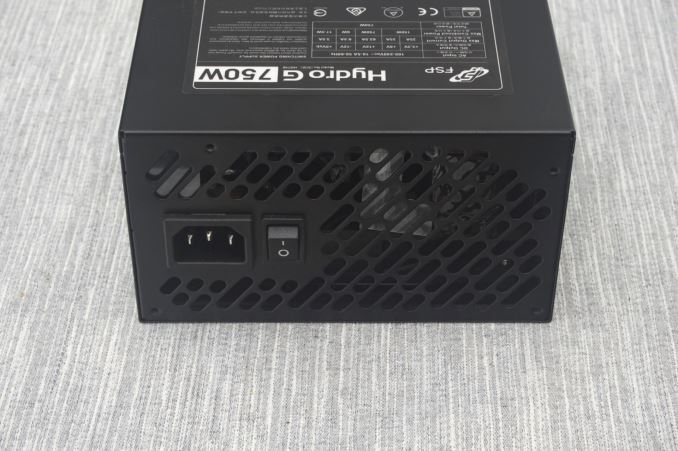 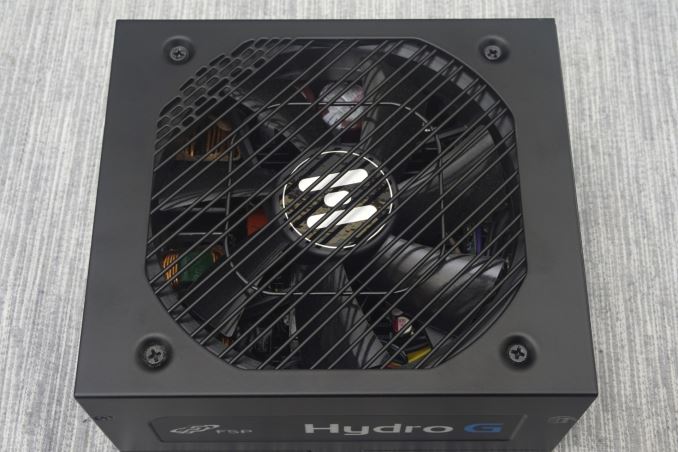 The front of the PSU is similarly simple, with an abstract design based on more diagonal Cassini ovals to the upper right corner of the surface. 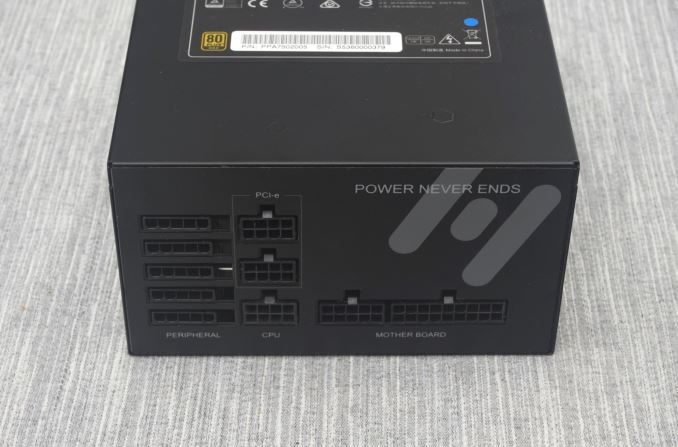 The airflow needs of the Hydro G PSU are covered by a 135 mm fan from Power Logic. It is a very high quality model using a Hydro Dynamic bearing, is capble of reaching 2000 RPM. At that speed the maximum airflow would be around 111.1 CFM. 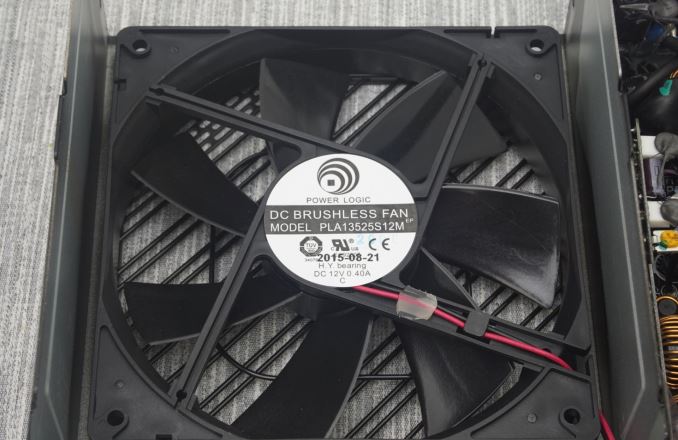 Obviously, the Hydro G PSUs were designed and built by FSP themselves, without any other OEM behind it. It is a new but simple design, using a resonant LLC converter formation, with a half-bridge primary inversion stage and a 12V-only conversion at the secondary of the transformer, with DC to DC conversion circuits for the generation of the minor voltage lines. The input filtering stage consists of four Y capacitors, two X capacitors, two filtering inductors and one surge-suppressing MOV. 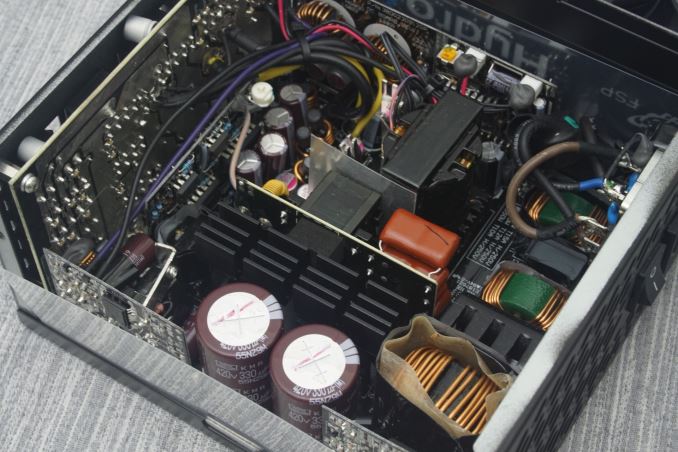 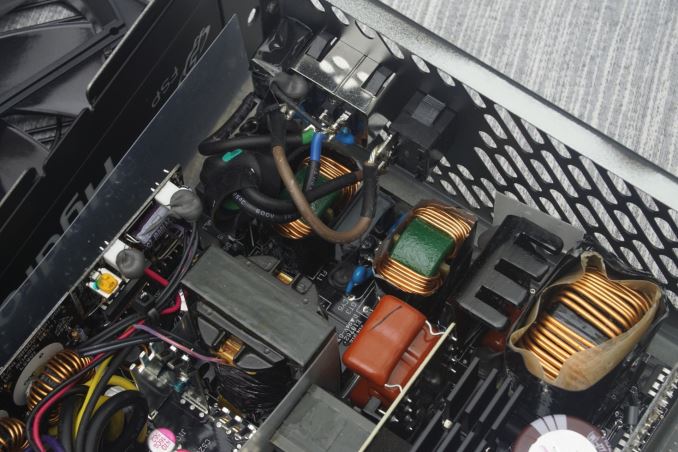 Meanwhile the cooling design is a little strange for a higher capacity 80Plus Gold PSU. A sizable heatsink covers the APFC and primary inversion side active components, but relatively tiny heatsinks are utilized for the secondary side conversion transistors. The reason for this is that the conversion components that FSP is using at the secondary, found at the underside of the main PCB, have very low conversion losses. Furthermore the overall thermal design of the Hydro G has the chassis itself doubling as a heatsink. Do not be alarmed if the body of the PSU itself gets quite warm during operation, it only means that the cooling system works the way it is supposed to. This way FSP can deliver a quieter PSU with lower internal thermal needs, shifting a small part of the thermal load directly to the exterior of the unit through its chassis. The catch is that this approach is going to slightly increase the thermal load of the system itself, although the increase should be minimal considering the volume and airflow of the average ATX case. 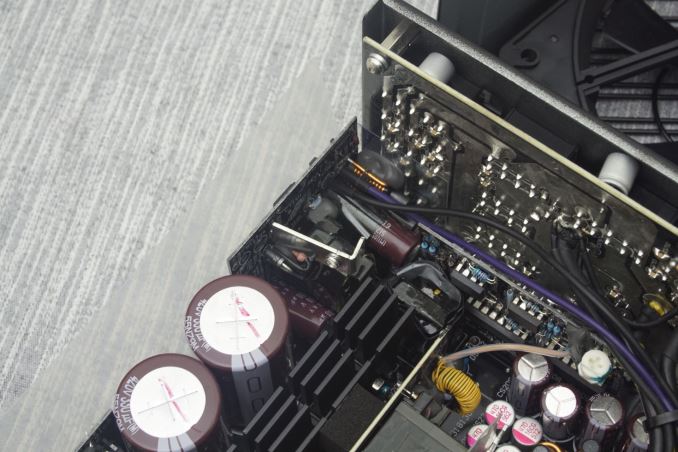 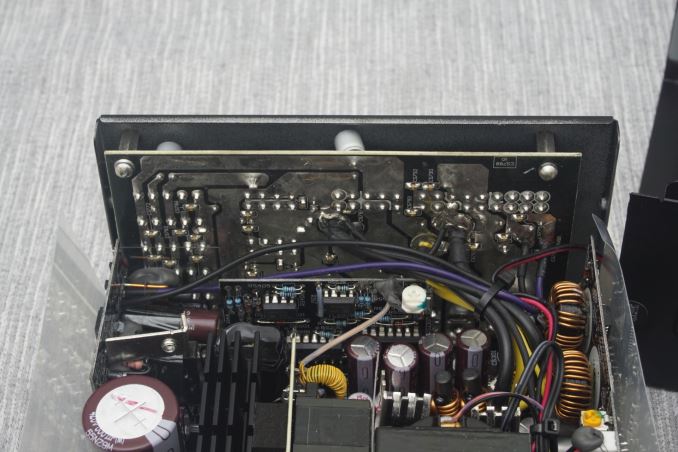 FSP advertises this unit as having "100% Japan made e-caps". By "e-caps", the company obviously means electrolytic capacitors. Sure enough, the two main 420V/330μF APFC capacitors are supplied by Nippon Chemi-Con. The same manufacturer supplies most of the electrolytic capacitors found inside this unit, with the exception of a few Rubycon products. All of the polymer capacitors are supplied by Teapo, which is a reputable Taiwanese manufacturer. 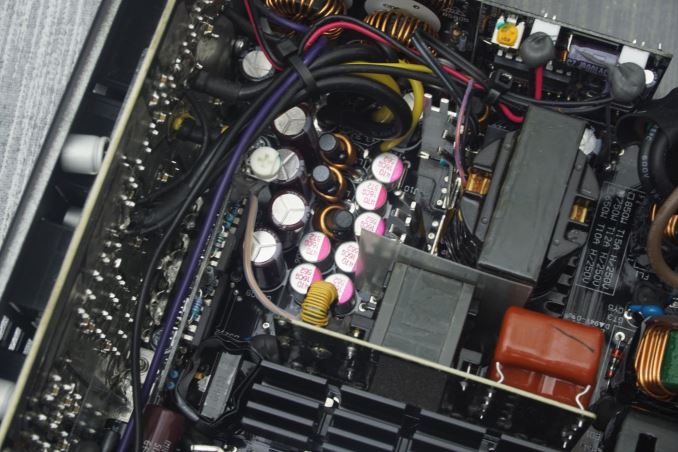