The 2018 Apple iPad Pro (11-Inch) Review: Doubling Down On Performance

Apple has come out with a new lineup of accessories for the iPad Pro, which isn’t surprising with the design changes they’ve made on the new model. All of the major first-part accessories have gotten an update for the iPad update.

The Apple Pencil has gotten a nice update for the latest incarnation. Gone is the silly Lightning port and cap on the end of the old Pencil for charging and syncing. The new Pencil simply magnetically attaches to the right side of the iPad (when in portrait layout) where it wirelessly charges and syncs with the iPad. There’s no other way to say this other than the new method to add a Pencil to the iPad is about as perfect as it can get. There is no buttons to hold, settings to go into, or waiting. You just attach it, and the display will show a Pencil is attached, and then you can start using it. 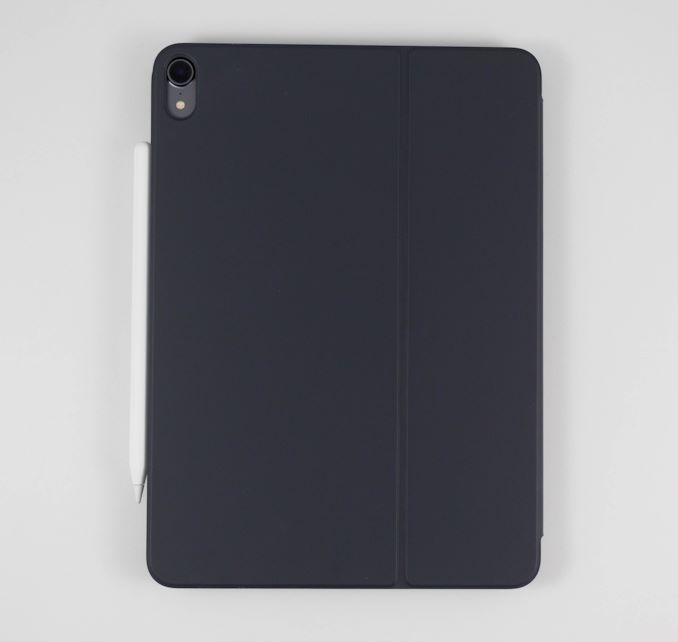 The Pencil now has a single flat side to allow it to connect to the iPad securely, which is a great way to store it. But as with any magnetic connection, be careful that the Pencil doesn’t get knocked off in a bag and lost, because it isn’t inexpensive to replace, especially with its $30 price increase over the old model.

This single flat side also includes a capacitive button which can be mapped to various functions depending on the app in use, which would let you do things like quickly erase, or change the pointer size, just by tapping on the side of the accessory. 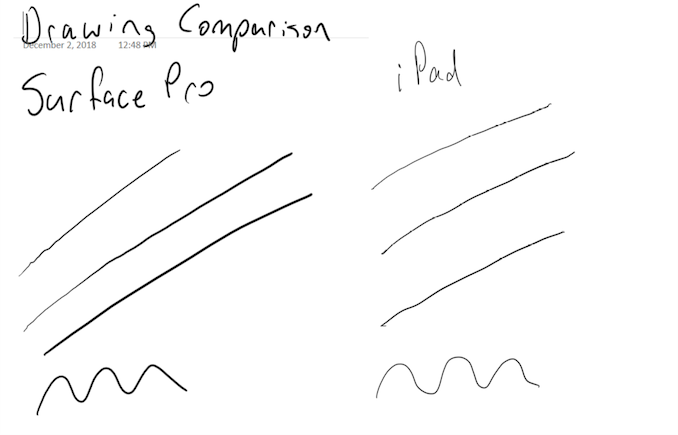 In use the new Apple Pencil works just like the old one, and that isn’t a bad thing. The latency is low, and the thin display stack keeps the refraction to a minimum. Apple’s Pencil continues to offer a great writing and drawing experience. Comparing it to the Surface Pro, the Pencil feels slightly better in the hand, and the capacitive button is easier to use than the physical button on the Surface Pro. However Microsoft does offer interchangeable tips on their stylus, including a softer tip which gives a better feeling that you are actually drawing on the device, rather than sliding over the display like the Pencil does.

The other accessory for the iPad is the normal cover, the Smart Folio, which offers the same origami folding experience that customers have likely become accustomed to on the iPad. There isn’t much to say here, other than the cover only lets you stand the iPad up in landscape mode, although you can also use it to prop up the top end to use it like an easel for drawing, which is nice. Compared to the integrated kickstand in the Surface Pro though, the stand is wobbly and takes more time to get set up.

Apple has changed the design of their keyboard cover to remove some of the complexity, and the new Smart Folio Keyboard is a fairly straightforward design. You simply open the cover, slide the iPad forward a bit, and lock it into one of the two notches of the cover to provide the desired iPad angle. It is a big improvement over the outgoing one in terms of ease of use, although it is still not the easiest accessory to deploy. Offering two different angles is also a 100% improvement, although it is still somewhat limiting, and having the keyboard in the more vertical arrangement leads to a very wobbly tablet. The keys themselves haven’t changed much from the old version, offering very little travel, but they still offer a good typing experience. If you are someone who wants to type a lot on the iPad Pro though, the smaller model is somewhat cramped. 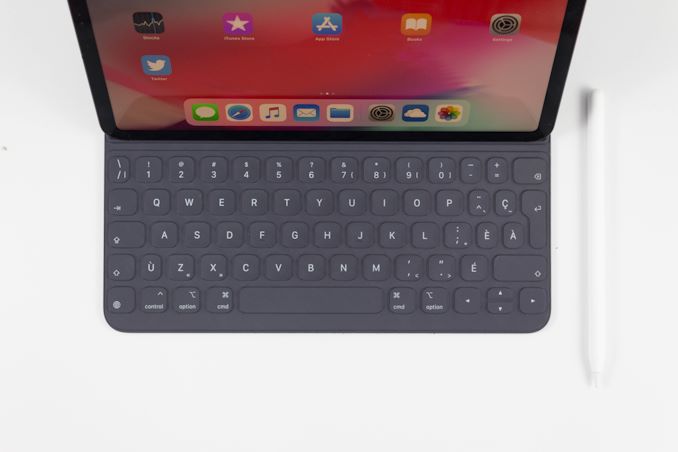 Much like the Apple Pencil, the keyboard has also increased in price, up to $179. At this price, it still doesn’t offer any backlighting either, which is unfortunate since the competition does. If you opt for the larger iPad Pro, the 12.9-inch keyboard is $199. It seems like a high price to pay for a keyboard which is, at best, average.

iOS keyboard integration still leaves something to be desired as well. There are still very few keyboard shortcuts, and with no pointer support, you will find yourself reaching up to the screen quite often. Even things that have been sorted out years ago on the PC side are a new frustration on the iPad, such as opening a new tab in Safari. If you do open a new tab, the address field is not pre-selected, so you then have to tap into it to begin typing. This isn’t the case if you open a new tab with the keyboard shortcut, at least, but other apps like the App Store function similarly, where if you hit Search at the bottom, the search field then has to be tapped to actually type. The keyboard does give you the option to type with proper feedback, unlike the on-screen version, but it really does feel like an add-on to iOS still.

This entire section was written on the iPad using the Smart Folio Keyboard, and with the auto-correct functionality in iOS and Word, it worked quite well. It isn’t as easy to use for pounding out documents as a PC would be though, although you can always connect a real keyboard if needed over Bluetooth, or even USB.