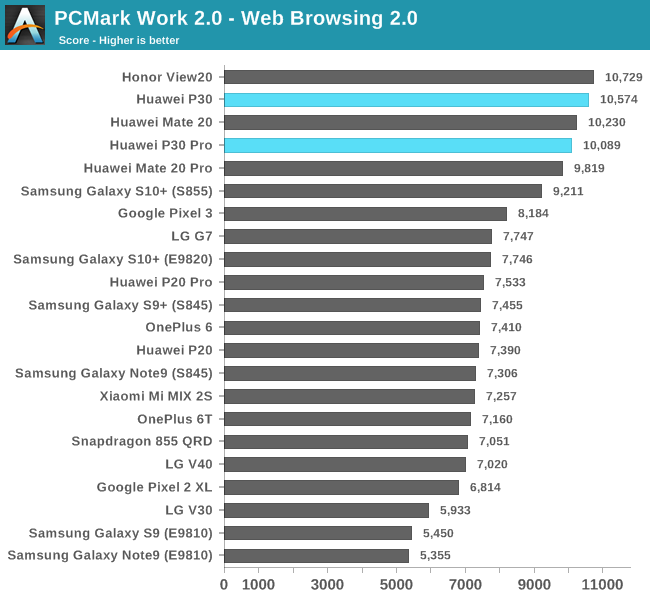 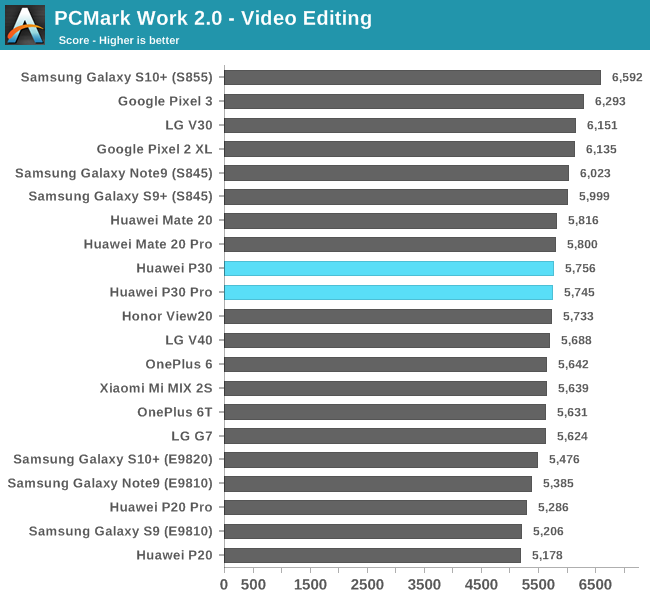 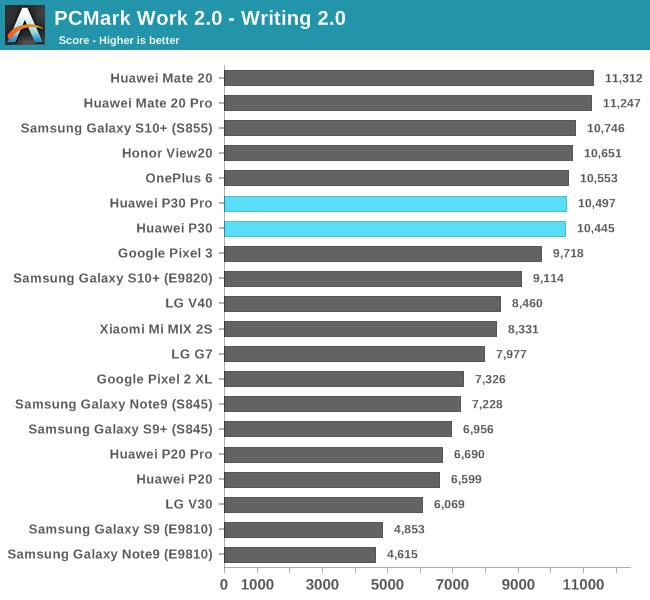 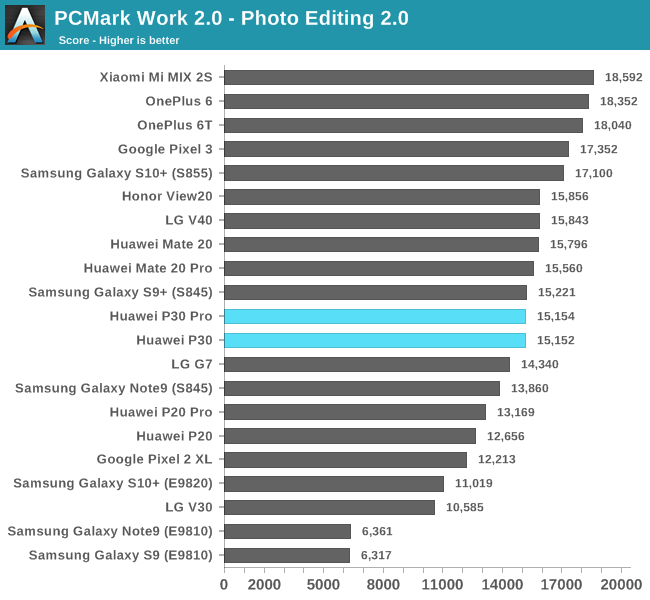 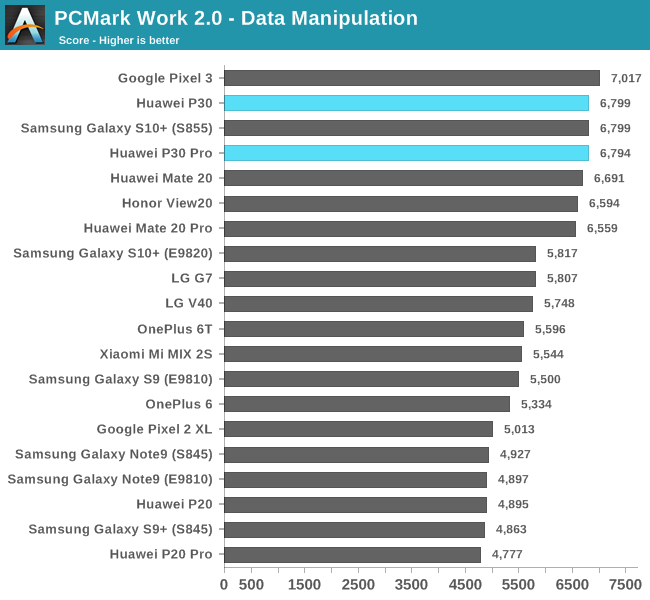 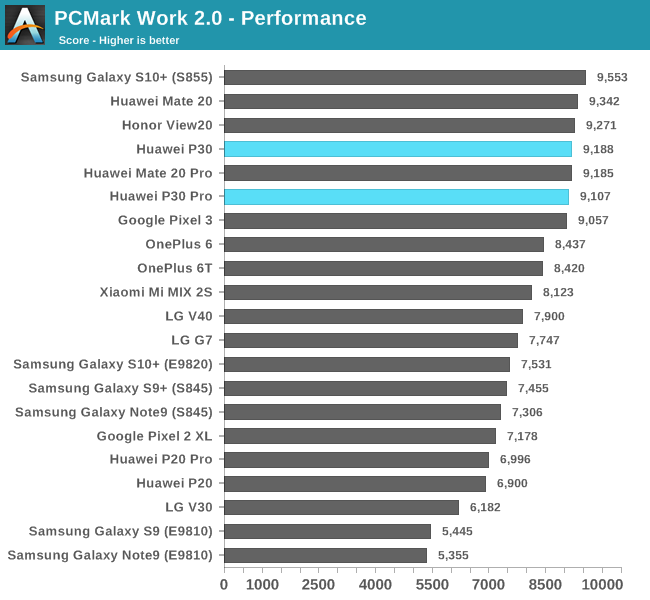 Indeed, in PCMark, the P30 and P30 Pro tie in with the recent Huawei flagships, showcasing only minor deviations in the scores. 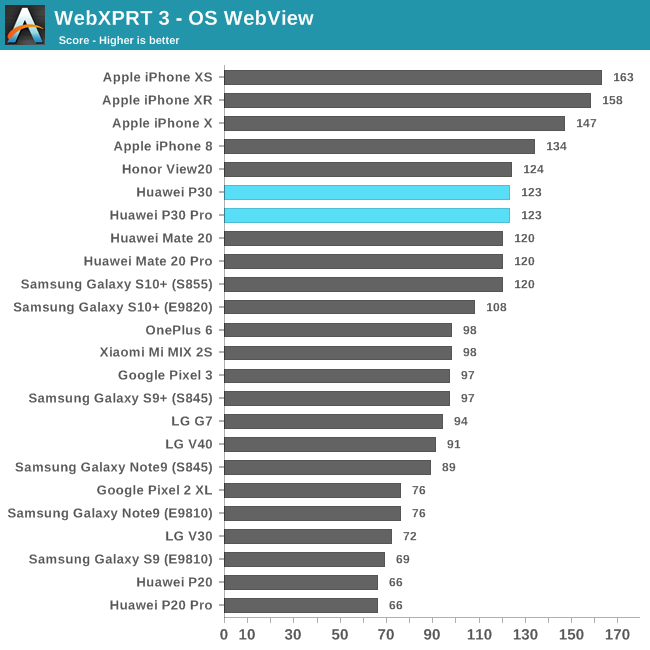 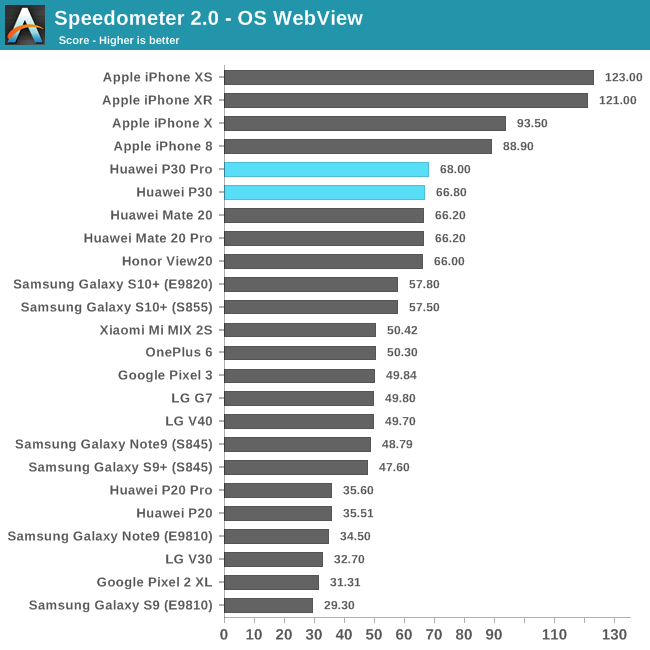 Interestingly, we see a slightly larger uplift in the web benchmarks, however I found this not to be caused by an increase in performance of the devices themselves but rather seemingly an update in the OS WebView of Android, as re-testing the Mate 20 again showcases the same increased performance figures.

Overall, the P30 and P30 Pro perform identically to the Mate 20 and Mate 20 Pro – excellently. There’s still instances where Qualcomm (& new Exynos S10) devices perform notably better, such as app opening or activity switching. I think this is due to Huawei’s possible lack of framework boosters.