The ASRock Z390 Phantom Gaming 7 loosely follows the aesthetic and design of previous Phantom Gaming branded models, with red accents which pop on the background of a grey and black PCB. A newly designed set of heatsinks accompany the Z390 Phantom Gaming 7 which look cleaner and gives it a more modern look over the previous Z390 Phantom Gaming 6 model which it replaces at the $196 price point. It has two zones with integrated RGB LEDs including the rear panel cover and the Z390 chipset heatsink. For users looking to expand to more RGB LEDs, there are two standard RGB LED headers and one for addressable RGB. 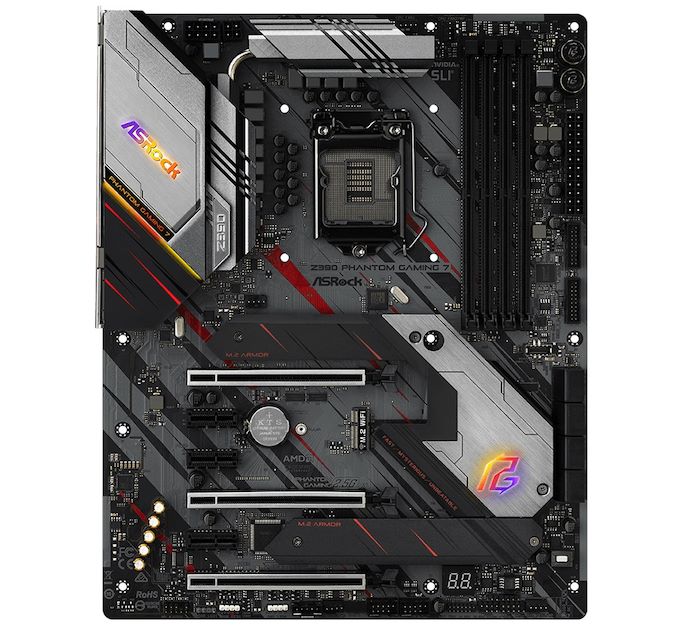 In terms of PCIe, the ASRock Z390 Phantom Gaming 7 has three full-length PCIe 3.0 slots which operate at x16, x8/x8, and x8/x8/x4; the bottom full-length slot is hard locked down to PCIe 3.0 x4 from the chipset. Each of the full-length PCIe 3.0 slots come included with a coating of ASRock's Steel Slot armor reinforcement for added protection when installing graphics cards. Nestled in between these are three PCIe 3.0 x1 slots with ASRock changing the placement of the top PCIe 3.0 x1 slot slightly over the previous Z390 Phantom Gaming 6 model; it is now in line with the M.2 Key-E slot in which users can add a wireless interface to this model. In the top right-hand corner is a power and reset switch, while the boards five 4-pin fan headers are located on the outer edges of the PCB. Below the bottom M.2 slot and inclusive heatsink, is a two-digit LED Debugger. 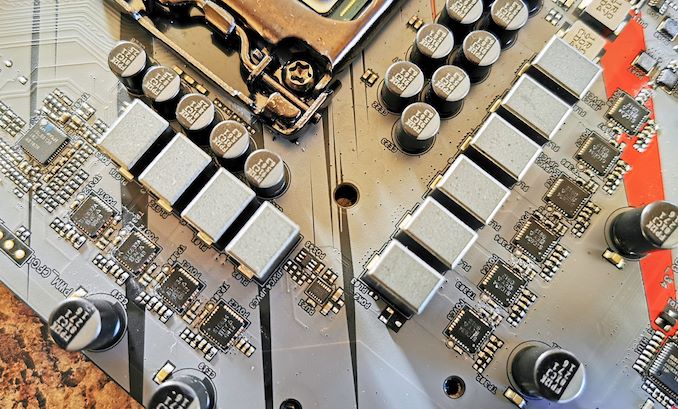 The power delivery on the ASRock Z390 Phantom Gaming 7 consists of a 10-phase setup, which is a 4+2 design with an Intersil ISL69138 6-phase PWM controller taking care of things. The CPU section consists of eight Vishay SiC632A 50 A power stages which are doubled up with four Intersil ISL6617 doublers. On the 2-phase iGPU section, ASRock is using two Vishay SiC632A 50 A power stages. It's a pretty standard power delivery as far as ASRock models go and this configuration is different from other models in its mid-range Z390 Phantom Gaming product stack, which regularly uses the uPI Semicondicutor UPI9521 PWM controller. Each power stage includes an inductor and the heatsink attached to the power delivery is basic, yet robust and should be more than capable of keeping the power delivery cool during operating, even when overclocking. Delivering power to the processor is an 8-pin and 4-pin pair of 12 V ATX CPU power inputs. 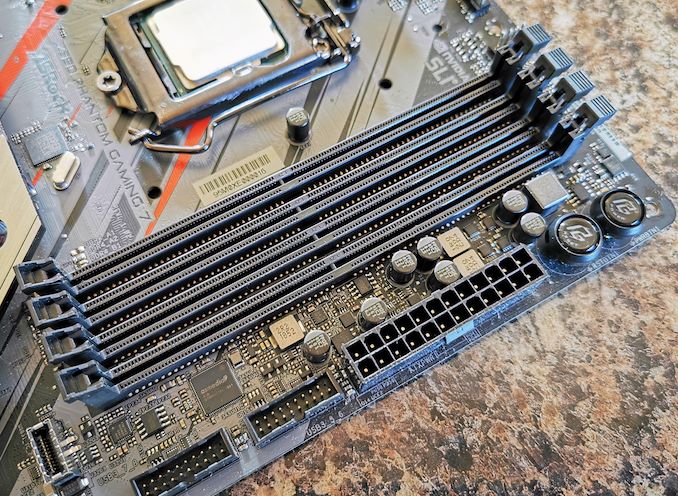 The ASRock Z390 Phantom Gaming 7 is capable of supporting up to DDR4-4300 memory with a total combined capacity of up to 128 GB across four memory slots. Storage is pretty standard stuff for a gaming-focused mid-range Z390 model with two PCIe 3.0 x4 M.2 slots each with a heatsink and a total of six SATA ports with support for RAID 0, 1, 5, and 10 arrays. Both M.2 slots support SATA drives and in SATA mode both of these slots will be muxed with some SATA ports.

It is worth noting that six of the SATA ports are driven directly from the Z390 chipset, with the other taking orders from an ASMedia ASM1061 SATA controller. 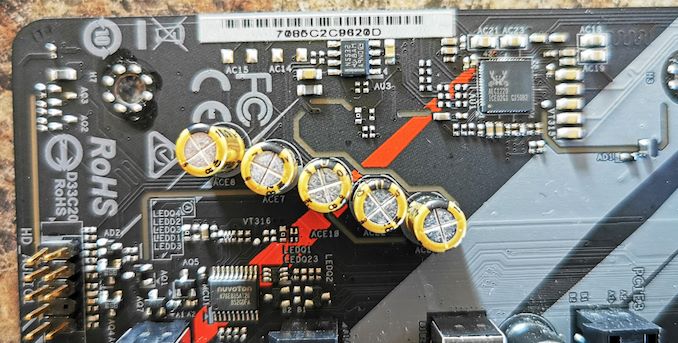 Looking at the audio PCB on the ASRock Z390 Phantom Gaming 7, and things seem very straightforward for a board of this calibre. A Realtek ALC1220 HD audio codec drives the boards onboard audio and is supported by four Japanese gold audio capacitors. There is also a Texas Instruments NE5532 headphone amplifier for the front panel audio connector, which boosts the overall capability of the onboard sound. ASRock also separates the audio PCB from the rest of the board to reduce EMI, although the Realtek ALC1220 has no EMI shield protection included.

On the rear panel is one USB 3.1 G2 Type-A, one USB 3.1 G2 Type-A, and four USB 3.1 G1 Type-A ports present. Users looking to add more can add a further four USB 3.1 G1 Type-A via two front panel headers, with a header also present for a single USB 3.1 G1 Type-C port. For USB 2.0, users can make use of two USB 2.0 headers which supports up to four USB 2.0 ports. Taking up a considerable amount of rear panel space is a pair of video outputs consisting of DisplayPort 1.2 and HDMI 1.4, while a PS/2 combination port is also featured. The five 3.5 mm colour-coded audio jacks and S/PDIF optical output are powered by a Realtek ALC1220 HD audio codec, while the two Ethernet ports are powered by a pair of NICs; one controlled by a Realtek RTL8125AG 2.5 GbE and the other powered by an Intel I219-V Gigabit NIC. It is worth noting that the ASRock Z390 Phantom Gaming 7 includes an integrated rear panel IO shield, which isn't featured on the older ASRock Z390 models.

What's in the Box 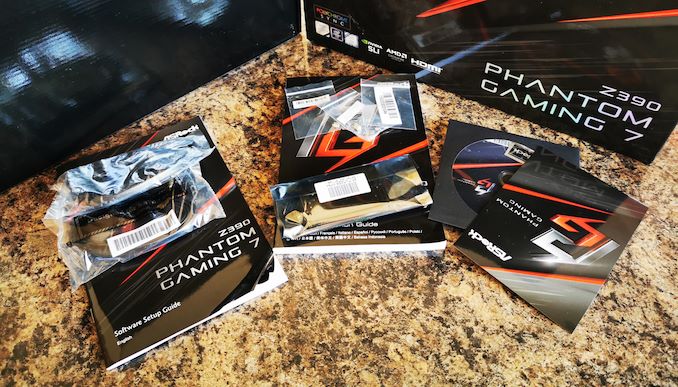 Included in the light accessories bundle is everything needed to get a system up and running out of the box. The bundle consists of four SATA cables, two sets of M.2 installation screws, a case badge, an ASRock postcard, a pair of manuals, a driver installation disc, and an SLI HB bridge.