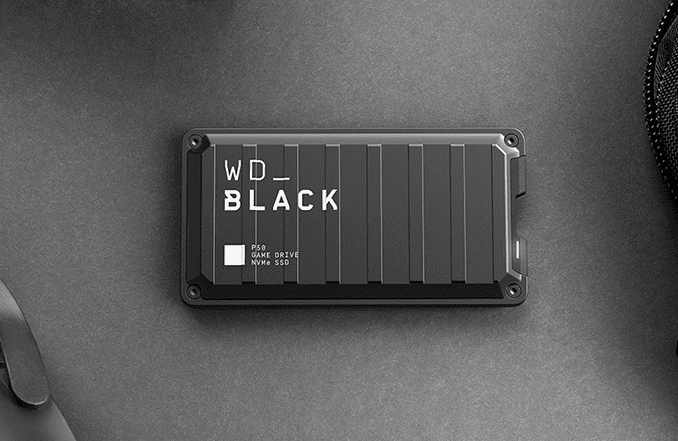 Western Digital has started sales of its WD_Black P50 SSDs that were announced earlier this year. The drives are aimed at the high-performance market and are among the first peripherals to support USB 3.2 Gen 2x2, which offers a full 20Gbps over a USB-C cable.

As one of the fastest consumer-grade external SSDs available today and among the first 2x2 devices, the WD_Black P50 SSD is on the cutting edge for USB devices. However, as with the launch of any new USB standard, the market starts at 0 for both hosts and peripherals; so the number of hosts that can actually use the drive at its full interface speed is still very limited. The number of hosts will grow over time – we're already seeing 2x2 controllers show up in new Threadripper motherboards – but for those who do not want to pay extra for the USB 3.2 Gen 2x2 technology, Western Digital does also offer the SanDisk Extreme Pro Portable SSD, which uses a more common USB 3.2 Gen 2 interface at 10 Gbps.

Western Digital’s WD_Black P50 external SSDs are currently offered by the company’s own online store with ETA between one and two weeks in the US. The 500 GB version is priced at $149.99, the 1 TB SKU costs $239.99, and the 2 TB model carries a $399.99 MSRP. It remains to be seen whether the drives will make it to retailers like Amazon or Newegg this holiday season, but it makes a great deal of sense for the company to start sales of its high-end product as soon as possible.