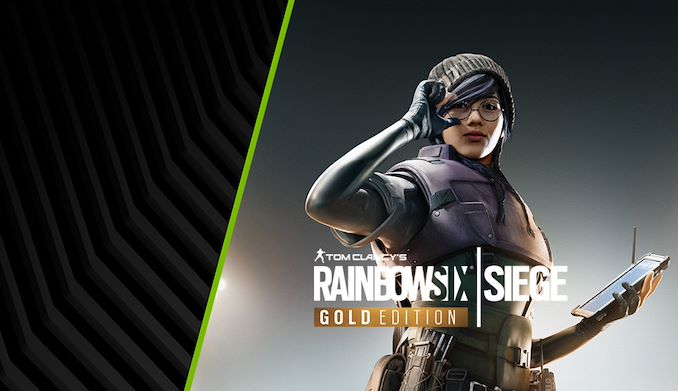 Rainbow Six Siege is a more unusual choice for a video card game bundle. The online-focused first person shooter was first launched back in 2015, and in the last several years has been well-received, leading to Ubisoft giving it ongoing support and expansions. The Gold Edition, in turn, includes the base game and much of this expansion content, including the most recent “Year 5” pass. DLC aside, I cannot recall a game that has been out this long ever being bundled with a high-end video card. This also leads into the name of the bundle, alluding to the fact that NVIDIA's RTX cards can easily hit 144fps in the game.

Digging into the bundle itself, as this is a single game bundle, NVIDIA’s deal is pretty straightforward. The company will be including the game with all of their GeForce RTX cards, from the RTX 2060 up to the RTX 2080 Ti. This offer also applies to many desktop and laptop systems including these cards as well, so long as the vendor is a participating NVIDIA partner. Though it bears mentioning that this latest bundle is once again going to be relatively short lived, with the program ending on August 27th.

Meanwhile, NVIDIA is not currently offering any game bundles for its lower-tier cards, the GeForce GTX series.

As always, codes must be redeemed via the GeForce Experience application on a system with a qualifying graphics card installed. More information and details can be found in the terms and conditions. Be sure to verify the participation of any vendors purchased from, as NVIDIA will not give codes for purchases made from non-participating sellers.