Supermicro's Twin: Two nodes and 16 cores in 1U

The big idea behind the Twin Server is that Supermicro puts two nodes in a 1U pizza box. The first advantage is that processing power density is at least twice as high as a typical 1U, and even higher than many (much more expensive) blade systems. 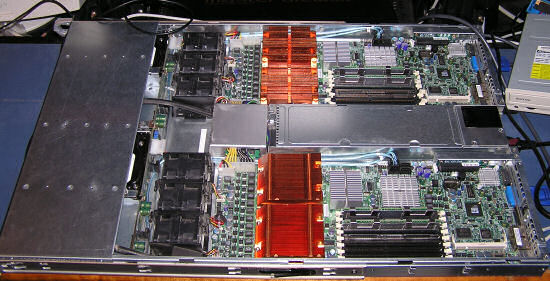 TCO should also be further lowered by powering both nodes from the same 900W "more than 90% efficient" power supply. 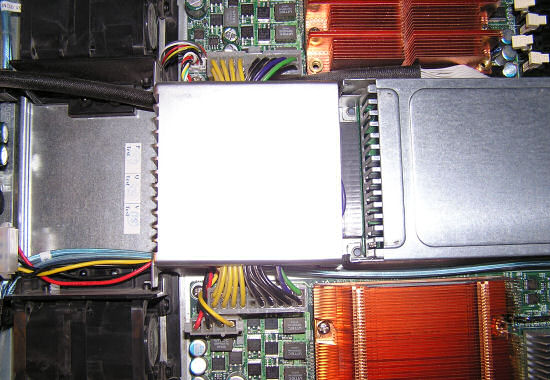 Powering two nodes, the PSU should work at a load where it is close to its maximum efficiency. The disadvantage is that the PSU is a single point of failure. Nevertheless, the concept behind the Supermicro Twin should result in superior processing power density and performance/Watt, making it very attractive as a HPC cluster node, web server, or rendering node.

That is not all; the chassis is priced very competitively. We did a quick comparison with the Dell PowerEdge. As Supermicro's big selling point is the flexibility it offers to its customers in customizing the server's configuration, it is clear that Dell is probably the most dangerous Tier-1 opponent with its extremely optimized supply chain, direct sales model, and relatively customizable systems.


While the difference isn't enormous, it is important to note that the Dell PowerEdge is one of the most aggressively priced servers out there, thanks to the huge discount. The idea behind the server is very attractive and the price is extremely competitive; these are reasons enough to see if the Supermicro Twin 1U can deliver in practice too. But first, we'll take a look at the technical features of this server.