2006 and 2007 have been rough for Ageia and their PhysX hardware. While they can rightfully claim to be the only solution for complete hardware accelerated physics at this time, getting a base of hardware owners and a base of developers isn't coming easily. As of right now the only two major titles that have shipped with PhysX support are Ghost Recon Advanced Warfighter(GRAW) and its sequel GRAW2.

Much of this we believe can be attributed to business reasons. Although Ageia offers a unified physics API that can handle physics done either in software or hardware, getting a developer to fully support the PhysX hardware means getting them to fully use said API. The Havok physics API in turn has been stiff competition in the physics middleware market, and it's fair to say that a number of games that have come out and will be coming out are using Havok and not PhysX. The situation is so bad that Ageia can't even give away the PhysX SDK - it's free and developers still aren't using it. With Havok eating up the business for software physics engines (not including those developers who use their own engines), it leaves Ageia in a poor spot.

Ageia's second business issue is that they still are suffering from a chicken & egg effect with developers and users. Without a large install base of PhysX cards, developers are less likely to try to support the PhysX hardware, and without developers to publish games using the hardware few people are interested in buying potentially useless hardware. Unfortunately for Ageia this is a time-sensitive issue that is only getting worse as the days pass by, the marginalization PhysX due to this effect is undoubtedly pushing developers towards other physics solutions, which ultimately breaks the chicken & egg scenario but not in Ageia's favor. 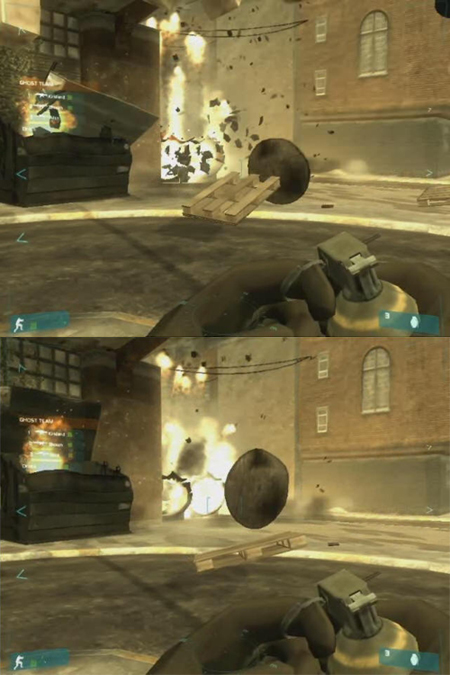 Because Ageia is not directly producing PhysX cards, the actions of their partners can also have a significant effect on the success of PhysX. We believe that Ageia has lost the support of powerhouse Asus, as the supply of Asus's PhysX cards has completely dried up, leaving smaller BFG to supply the North American market. Coencidentally, ELSA (who only sells products on the overseas markets) has become Ageia's third partner and is now producing PhysX cards.

At this point Ageia does have one ace left up its sleeve, and that's Unreal Engine 3. Epic is using the PhysX API at the core of the physics system, giving Ageia an automatic window of opportunity to get PhysX hardware support in to every one of the numerous games slated to be using UE3. Even if everyone else were to abandon the PhysX API, conceivably there are enough games using UE3 to sustain Ageia and PhysX.

The most important of these games will be Unreal Tournament 3, which is due for release this year. So far the only major pieces of software that Ageia has had to show off PhysX has been the GRAW series which underutilizes the PhysX hardware, the partially aborted CellFactor technology demo, and the single-level GRAW2 technology demo; UT3 will be the first major game that may be able to take full use of the hardware as Ageia has done in its technology demos. We believe that UT3 will be the final push for PhysX hardware acceptance, either the hardware will die at this point or UT3 will push the issue from developer acceptance to consumer acceptance. In turn, any victory for Ageia will be reliant on Epic making full use of the PhysX hardware and not using it solely for eye-candy; using it for the latter will mean certain death while the former will hinge on the use of PhysX hardware not slowing the game down like we saw in GRAW.

At the very least, unlike with the GPU camp we should have a clear idea by the start of 2008 if the PhysX hardware is going to take off or not. We expect Ageia will be hanging on for dear life until then.