Before the $399 iPad 2, before the $199 Kindle Fire, there was the $399 Eee Pad Transformer from ASUS. Like nearly all first attempts in the tablet space, the original Transformer wasn't perfect, but it was quite possibly the best try outside of Apple at the time. And unlike most of the Android competition at the time, it was priced sensibly at launch.

The $499 Eee Pad Transformer Prime showed up several months later, but not as a true successor but rather an upstream member of the family. Combining Tegra 3, an improved display and a much thinner chassis, the Prime once again took the crown as the best Android tablet on the market. 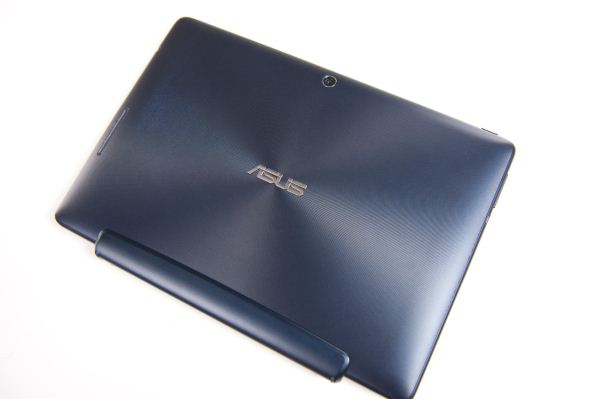 ASUS hasn't lost sight of its focus on cost however. At CES this year it announced a $250 7-inch Tegra 3 tablet, and today we get the first true successor to the original Eee Pad Transformer: the Transformer Pad 300. Priced at $379 for a 16GB WiFi version and $399 for the 32GB model, the Transformer Pad sheds the Eee label but keeps the spirit of the original Transformer. The Eee brand that launched with netbooks back in 2007 is clearly on its way out as the last of the netbooks will ship this year.

The Transformer Pad 300 is more Prime than original. Similar to the original iPad or iPhone, ASUS' first Transformer had a unique ID that never really ended up being reused other than the basic dimensions. 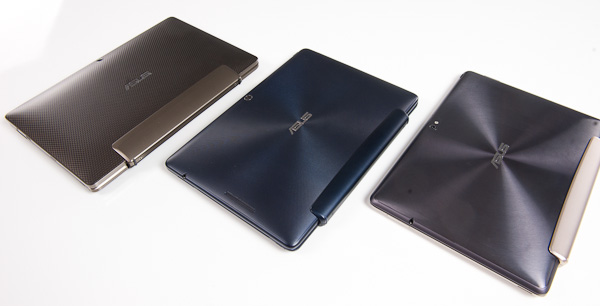 The 300 is thinner and lighter than its predecessor, although it's obviously thicker and heavier than the Prime:

The aluminum is gone and replaced by an all plastic back. The 300 doesn't feel cheap as a result and as you'd expect, feels a little less fragile as you're not as worried about scratching the aluminum.

The added thickness is noticeable compared to the Prime, but the 300 doesn't feel thick by any means. If anything, it's a bit more comfortable to hold than the Prime as a result of its added girth.

The weight is similarly noticeable, but once again I don't believe it puts the 300 in the category of too heavy. As this isn't a replacement for the Prime but rather a more affordable offering below it, these tradeoffs are fine. 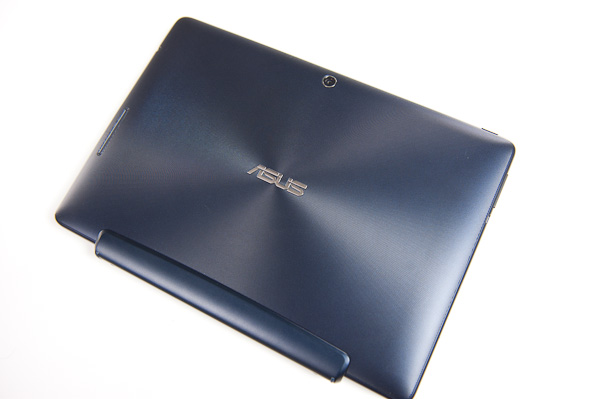 The vibrate motor from the Transformer Prime is gone in the 300, when the volume is down the 300 is truly silent. Just like the Prime there's a single speaker on the back side of the 300 that puts out decent sound for a tablet. You're obviously limited by the size of the speaker but the 300 gets loud enough to play barely audible music while you're running a shower, if that's what you're looking for. 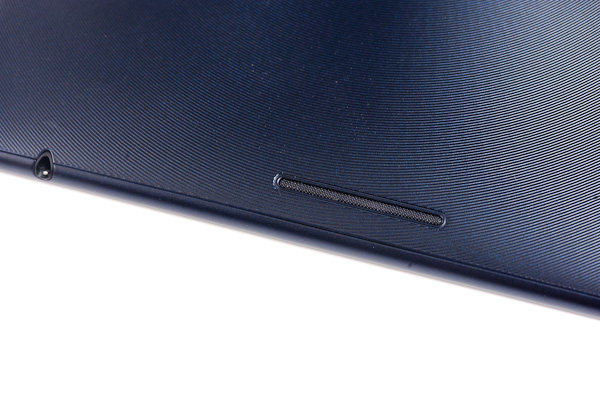 Just as with the Prime, there's a micro-HDMI connector on the Transformer Pad 300 for display mirroring: 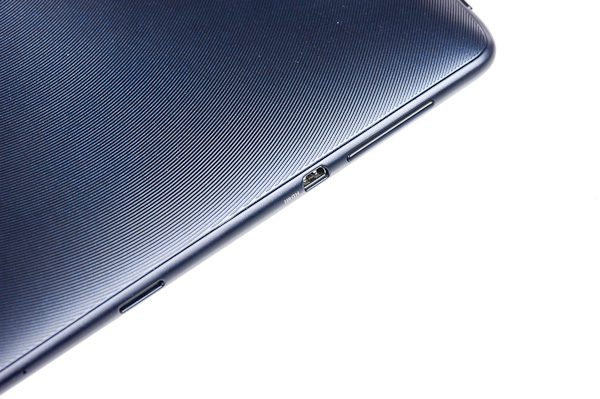