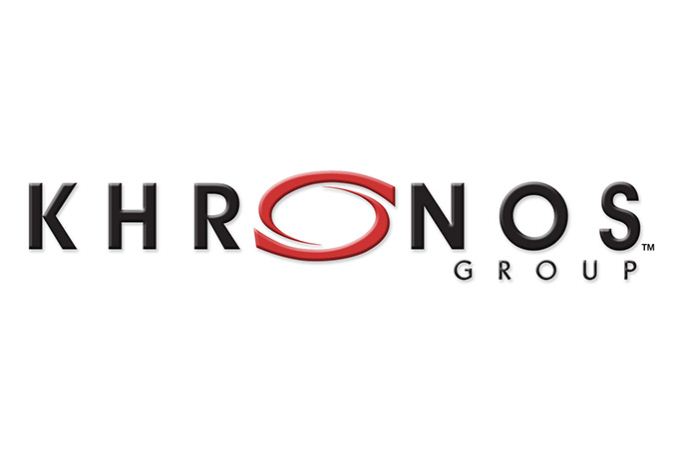 Amidst the hustle and bustle of CES 2014, Khronos has published a short announcement regarding the next version of OpenGL ES (OpenGL ES Next). In it they are offering a brief high level overview of their plans for their mobile graphics API.

In short, Khronos is announcing that they will be releasing OpenGL ES Next this year, which would put it roughly 2 years after the release of OpenGL ES 3.0. As is expected it will come with several new features – many of these being brought over in some form from mainline OpenGL – while at the same time continuing to walk the narrow line between being a separate API and a pure subset of OpenGL. 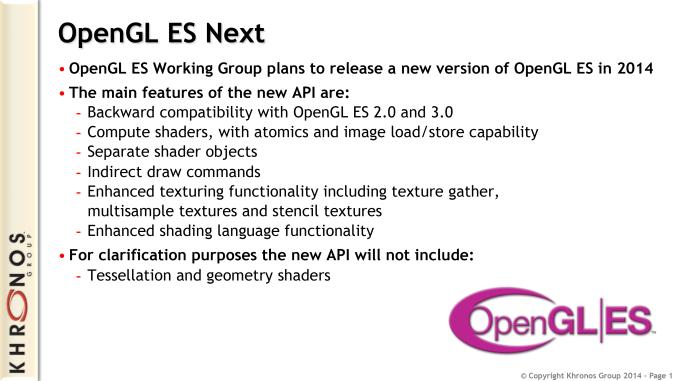 Feature wise, OpenGL ES Next will bring with it support for a number of features that were introduced in OpenGL 4.x. This includes compute shaders (OGL 4.3), shader atomics with load/store capabilities (OGL 4.2), indirect draw commands (OGL 4.0), texture multi-sampling (OGL 3.2). All of these features will be important additions to the API for different reasons, be it increasing the capabilities and performance of the shader system, or further adding onto the functionality of the texturing system. The addition of compute shaders will likely be the marquee feature for OpenGL ES Next, but that shouldn’t discount the importance of the other feature additions.

Wrapping things up, with a publication date set for this year, it’s a solid bet that we should hear more about OpenGL ES Next towards the middle of this summer. Khronos’s major announcements typically come around SIGGRAPH (Aug. 10-14, 2014), with OpenGL ES 3.0 and OpenGL 4.4 being announced at that show in previous years, so that’s where we’d expect Khronos to announce at least a preliminary draft of Open GL Next, if not the final version.

Special thanks to our own Rahul Garg for catching this announcement