As mentioned before, NEC consumer displays use a regular percentage for brightness instead of the more precise cd/m^2 numbers in their professional displays. Despite this change, one thing that NEC does offer for both is a wide range of brightness settings.

The EA294WMi only produces 6 cd/m^2 with the brightness control at the minimum setting while still putting out 326 cd/m^2 at the maximum level. I would suggest that 6 is too low and that you could make the minimum 40 cd/m^2 while still allowing more granular control and a better minimum and maximum. That’s being picky and seeing a level that is low enough for anyone is much better than seeing a minimum value of 100 cd/m^2 that would make the ES294WMi too bright for many users. 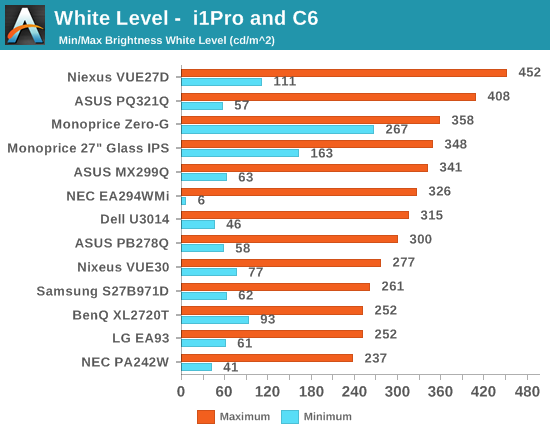 Black levels are also good on the NEC. At maximum brightness we see a black level of 0.330 cd/m^2. With the brightness at minimum it produces 0.0076 cd/m^2 with a pure black screen. Both are good numbers for an IPS panel. 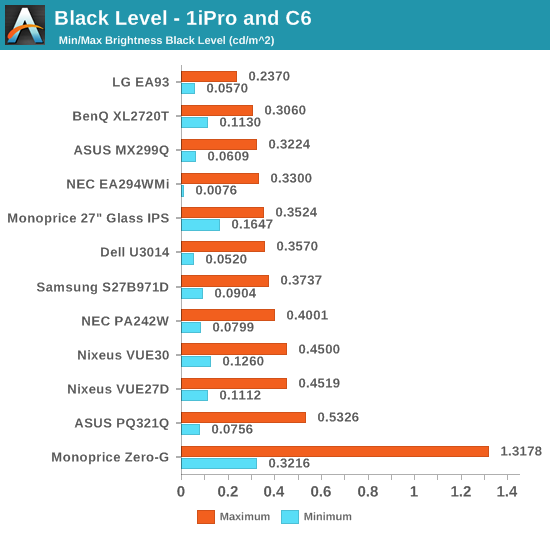 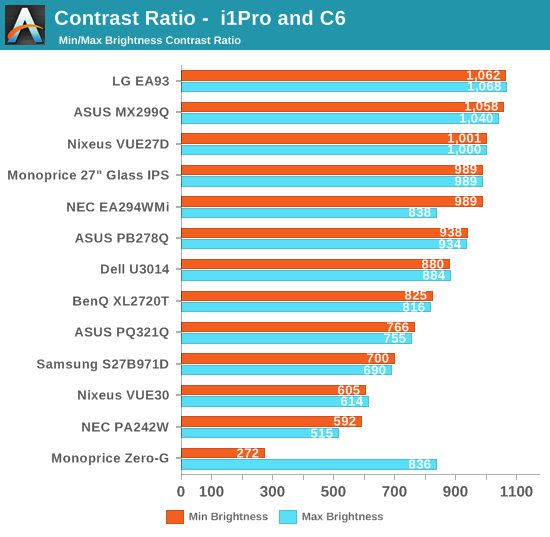 The NEC does quite well on these initial measurements. The 21:9 IPS panel continues to produce some of the best measurements of any IPS panel out there right now.