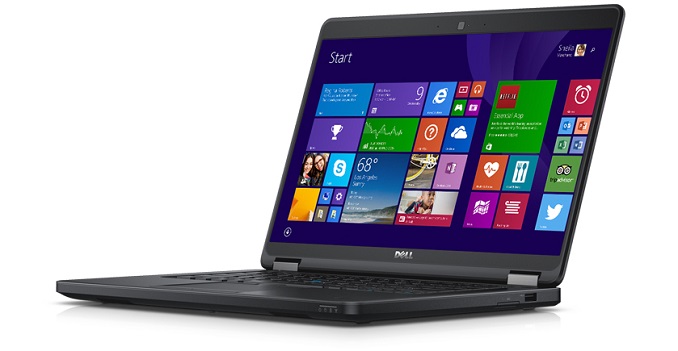 Dell sells the Latitude line as business class notebooks, and the 5000 series that we received is the mainstream line for business. The Latitude 12 is the smallest model offered, with a 12.5-inch 16:9 display in a fairly small form factor. This is no ultrabook though, with a starting weight of 3.44 lbs (1.56 kg) and a thickness of 0.9-inches (22.7 mm) but the thickness and mass lend the device to being stronger, and unlike ultrabooks, connectivity in the office is easier due to the inclusion of a full Ethernet port and a docking port. Business class devices generally differ from consumer lines with added functionality such as docking ports as well as a higher build quality and better manageability. In this instance the Latitude 12 fits the bill. The build quality is very good, and the inclusion of more robust parts such as a magnesium backed LCD increase overall weight, but the end result is a very sturdy feeling laptop.

Dell offers a large range of customizations as well, with 4th Generation Celeron or Core i3/i5 processors, as well as 5th generation Broadwell Celeron and Core CPUs up to the i7-5600U beginning later in January. Operating system choices are broad as well, with a choice of Windows 7 Professional 32/64-bit, Windows 8.1 64 bit, Windows 8.1 Pro, or even Ubuntu 14.04 in 64 bit. Memory options give two slots, with up to 8 GB of RAM in the Haswell based products, or 16 GB of RAM in the newer models with Broadwell, of which one slot is populated by default in both cases.

The base LCD is a 1366x768 with anti-glare, or you can choose a 1920x1080 model with Corning Gorilla Glass and an anti-fingerprint coating. There is a selection of storage options, from a 500 GB 7200 rpm HDD, 1 TB 5400 rpm HDD, and 128 GB to 256 GB SSDs. As this is for business, many of the drives support OPAL encryption as well, and the hard drives feature Dell’s Fast Response Free Fall Sensor and HDD Isolation. The Latitude offers quite a few security features, including a FIPS certified Trusted Platform Module (TPM 1.2), optional fingerprint readers, smart card readers, FIPS certified Hardware Crypto Acceleration (HCA) among others.

There is quite a selection of choices. We bolded the options we received in the above table, so we're looking at a Core i5-4310U Haswell based processor, a 51 Whr battery, Windows 8.1 Pro, FHD display with touch, and a Smart Card reader. The 8 GB of memory is sufficient, but unfortunately it is 1x8 rather than 2x4 so performance will not be as high as it could be with dual-channel memory. We also received a 128 GB SSD, which is a Samsung model PM851 mSATA model.

We received this model just before Christmas, so it is still the Haswell version. As of January though Broadwell based models are now available which should give a bit more performance (especially on graphics) and better battery life. If we can get a Broadwell one from Dell, we can do a mini review to show the changes.