Our Heavy storage benchmark is proportionately more write-heavy than The Destroyer, but much shorter overall. The total writes in the Heavy test aren't enough to fill the drive, so performance never drops down to the steady state. This test is far more representative of a power user's day to day usage, and is heavily influenced by the drive's peak performance. The Heavy workload test details can be found here. 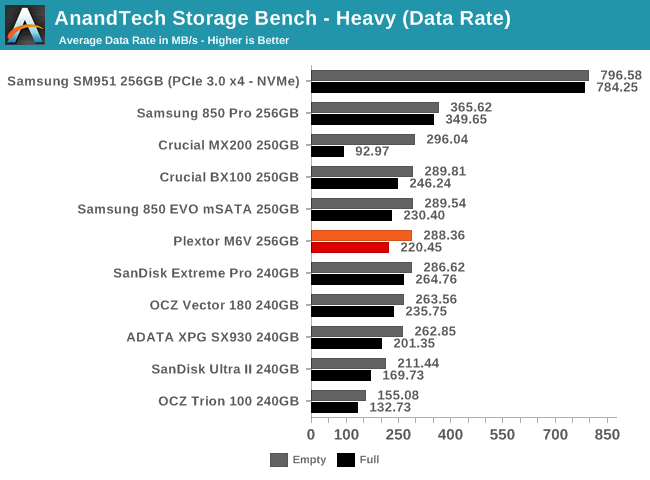 On an empty drive, the M6V performs almost identically to the Crucial BX100 and several other drives, but when starting with a full drive the M6V suffers more. 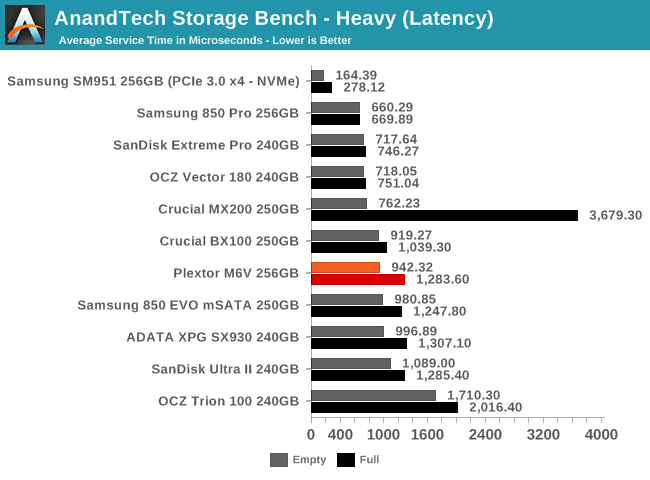 The average service time doesn't differentiate the M6V much from its neighbors on this ranking. 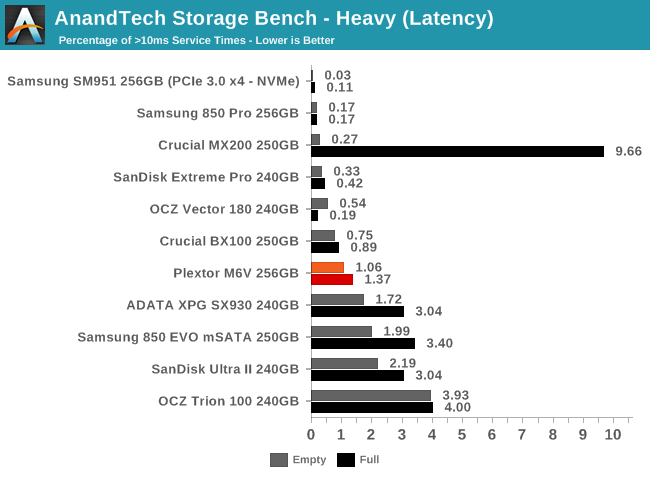 There's a marked difference in the number of latency outliers for the M6V and all of the drives below it on this chart. The M6V's higher average service time is due to it being consistently a little slower than the BX100, rather than occasionally a lot slower. 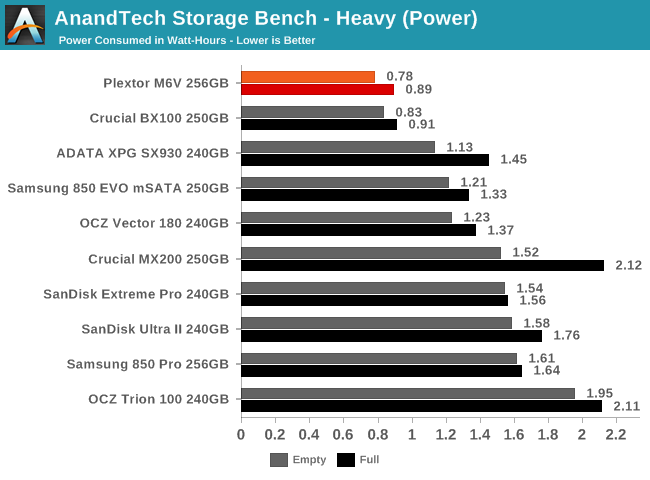 The M6V has now very slightly surpassed the BX100 to take the top spot for power consumption.