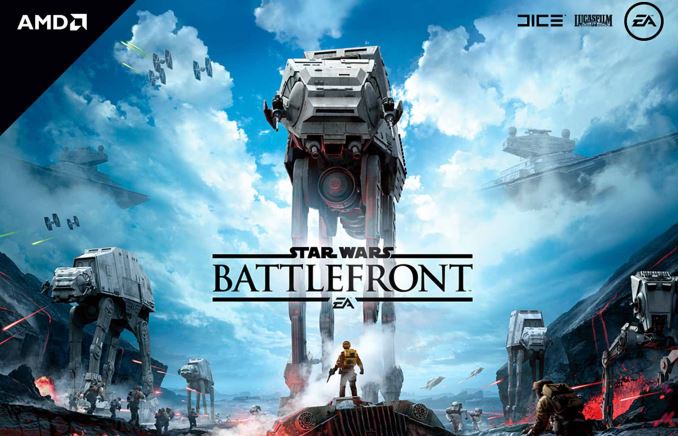 Buying new graphics cards is always fun. Finding game deals while shopping for new graphics cards is even better. This time around AMD is bundling the newly released Star Wars Battlefront with their Radeon R9 Fury that we saw released last July. Those who have been looking for a new R9 Fury, perhaps to enjoy some new games this season, will definitely want to double check everything so that they can take advantage of this promotion and add Star Wars Battlefront to their to do list.

This promotion will be running from November 17, 2015 to January 31, 2016. Star Wars Battlefront game keys will be provided while supplies last and any game codes received must be redeemed before February 29, 2016. Note that only the AMD Radeon R9 Fury will be eligible for the Star Wars Battlefront bundle, meaning that the game will not be included with either the R9 Fury X or R9 Fury Nano. It’s unusual to see a bundle only apply to one card in this fashion, but looking at current GPU prices it would appear that this is specifically meant to be AMD’s counter to the GeForce GTX 980 for the holiday season, using the bundle to justify the R9 Fury’s higher average price and to offset NVIDIA’s own game bundle.

Meanwhile, though this isn’t specifically an AMD Gaming Evolved game, in their announcement AMD notes that they have been working with both EA and DICE to ensure that Star Wars Battlefront performs well on Radeon GPU's. Though some of these technologies have been in past Frostbite games, Battlefront includes the latest iterations of DICE’s physically based rendering, displacement mapped terrain tessellation, and compute shader ambient occlusion routines.  Those and other features have led to what I think is a great showcase of modern graphics technology, though performance relative to the competition will have to wait until the public has had more time with the game.