One of the interesting omissions from the re-release of Xeon E a couple of weeks ago were the 8-core versions. Intel reiterated its 4-core and 6-core parts, and given the recent release of 8-core processors for consumers we were expecting to see 8-core parts hit the primetime for the commercial market as well. Intel doesn’t officially comment on potential future parts, however one of Intel’s partners has a pair of Xeon E 8-core processors listed in the QVL section of one of its new C242/C246 motherboards. 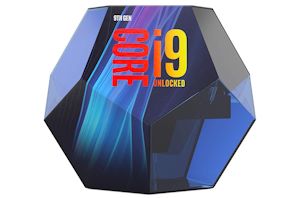 Among many of Intel’s announcements today, a key one for a lot of users will be the launch of Intel’s 9th Generation Core desktop processors, offering up to 8-cores...