Lenovo Announces The VIBE K5 and K5 Plus

Along with their tablet and PC announcements today at MWC, Lenovo also announced two new smartphones under their VIBE branding. The new phones are the Lenovo VIBE K5 and VIBE K5 Plus, with each device targeting a slightly different price, along with packing different specs. The details of both of their specs can be found in the table below.

To be honest, I think it's a shame that these phones never seem to make their way to North America. Looking at the specs and the price, you're really getting a lot of phone for your dollar. The VIBE K5 is powered by Qualcomm's Snapdragon 415 SoC, while the K5 Plus uses Snapdragon 616. What's interesting about Qualcomm's new SoC portfolio is that the only real difference between the best 400 series and 600 series SoCs is the clock speed, with both being octa core Cortex A53 chips. While I really can't find a functional reason for putting eight of the same cores with the same max frequency on an SoC, I suppose that it does help greatly with a device's marketability in regions like China. Both SoCs use Adreno 405, which really helps to address my complaints about the GPU performance that we've seen in devices at the low end of the market.

Aside from the SoC, the other point that separates the K5 and the K5 Plus is the display. The K5 is just advertised as having a 1280x720 LCD display, while the K5 Plus is a 1920x1080 IPS LCD. The fact that the IPS specification is omitted from the K5 does concern me, but I wouldn't expect that it's using a TN panel as that would probably be more difficult to source than an eIPS or a VA panel. 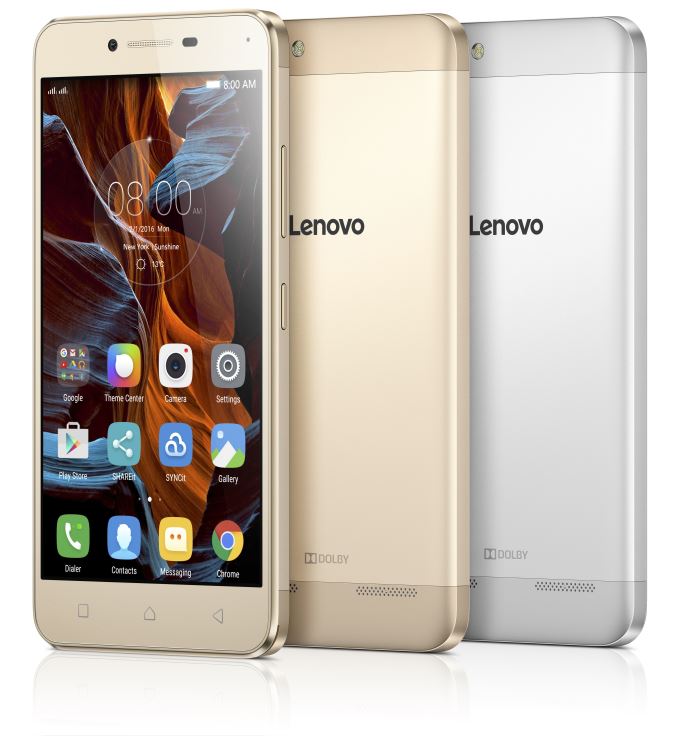 In all other ways the K5 and K5 Plus are identical. Both phones have 16GB of eMMC NAND and 2GB of LPDDR3 memory, plus a MicroSD card slot for expansion. Both have a 13MP rear-facing camera, and a 5MP front-facing camera which for some unfortunate reason has a fixed focus. WiFi connectivity is your standard 2.4GHz 802.11n, which is the best you'll get at this price point. There is dual-SIM support, although it's not clear whether this is DSDS or DSDA, and what network capabilities the second SIM has.