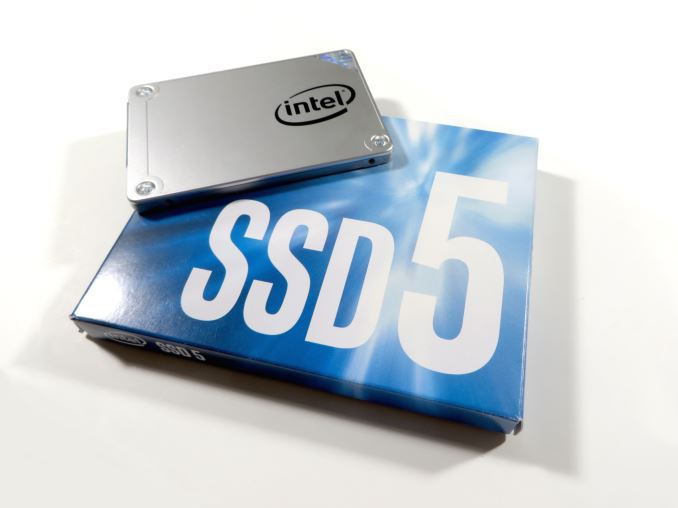 Every few years, Intel releases a new SSD controller that raises the bar for the whole industry. In between those shake-ups, the competition catches up and surpasses Intel. This pattern is especially pronounced in the consumer SSD market where Intel's mostly enterprise-focused chips cannot keep pace with the constant price cuts. During those interim years Intel turns to third-party controllers to fill the gaps in the product line that their own controllers cannot serve.

This year, Intel's decision to release an affordable mainstream SATA SSD has led them to use a Silicon Motion controller. But "affordable" by today's standards means using 15/16nm TLC NAND flash, and Intel doesn't make that either. They chose not to invest in the 16nm node at IMFT (their flash manufacturing partnership with Micron) so Intel has to buy their flash on the open market. 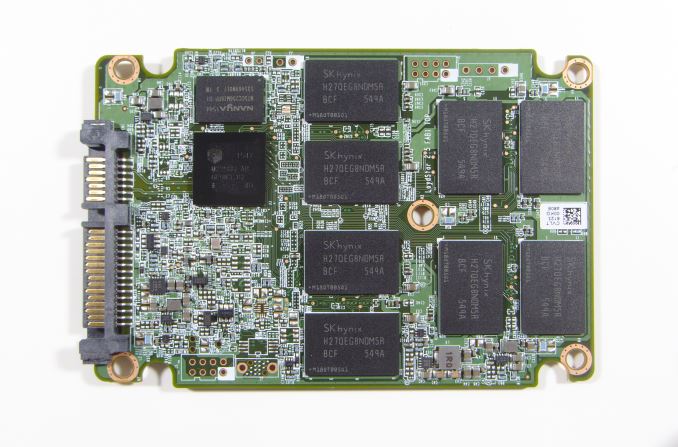 The Hynix TLC used in the Intel 540s is the same NAND that is inside the ADATA Premier SP550, one of two products we've tested that use the SM2256 controller. This gives us the opportunity to directly observe what's improved with Silicon Motion's controller and firmware since last year. The price history of the ADATA SP550 also shows that Intel should be able to make the 540s a very affordable product. It also appears that Intel has retired the use of 3xx model numbers to designate entry-level SSDs and all such models are now classified as legacy products.

The 540s has Intel's typical aluminum casing housing a full-size PCB. Our 480GB sample had 16 packages each with two dies of the SK Hynix TLC. The new SM2258 controller uses the same 14mm x 14mm package as the SM2256, with a single external DRAM package next to it. As is typical for low-cost consumer drives, there are no power loss protection capacitors. There is a thermal pad between the controller and the case, something we saw for the SM2256 on the Crucial BX200 but not the ADATA SP550. 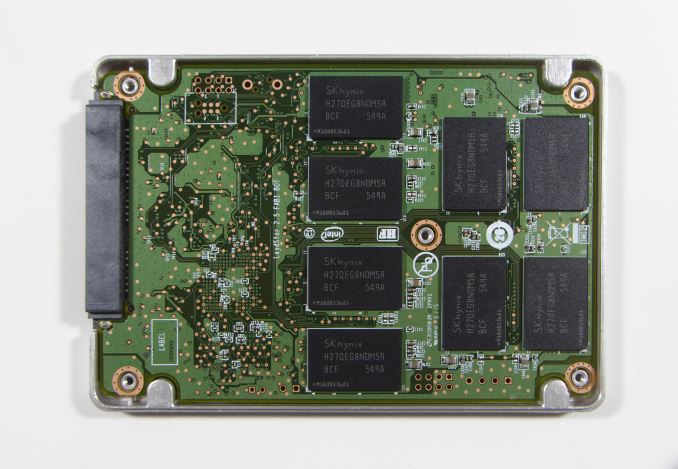 For this review, the Intel 540s will primarily be compared against the two SM2256 products we've tested: the ADATA Premier SP550 and the Crucial BX200. The latter shipped with poorly-tuned firmware that made it a disappointment all around, but the former has been a relatively successful budget drive by offering acceptable performance at some of the best prices on the market. The Intel 540s is positioned slightly higher in the market due to carrying a 5-year warranty compared to three years for most budget TLC drives, but in terms of performance that's what it is competing against.

Other important drives to compare against will include the Toshiba OCZ Trion 150, a higher-performing drive using a controller based on the Phison S10 paired with Toshiba 15nm TLC, and the SanDisk X400 using Marvell's 88SS1074 controller and SanDisk's 15nm TLC. The SanDisk X400 seems to be the fastest planar TLC drive on the market, and it is available in both 2.5" and single-sided M.2 form factors. The SanDisk X400 also has a 5-year warranty.