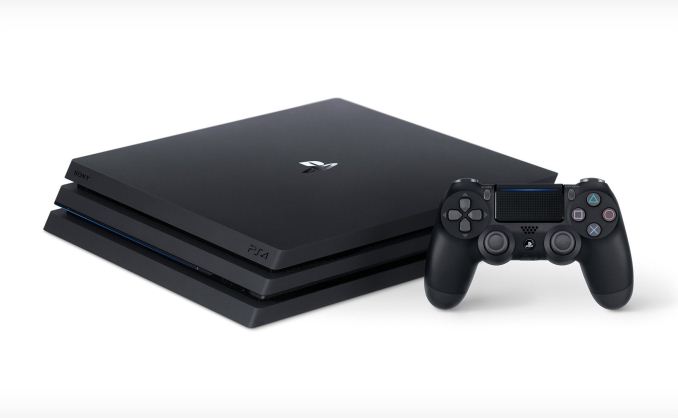 A few months ago near the start of E3, Sony made an interesting revelation: that they would be releasing a higher performing PlayStation 4 console. A console intended to complement the standard/slim model, this faster PlayStation would be an unusual – if unprecedented – mid-generation update of sorts for Sony’s console family. Previous generations of consoles have offered add-ons, but a significantly faster model is something else entirely.

In any case, after much speculation and a fair bit of analysis on how the PlayStation 4 ecosystem would work with multiple models, in an event in New York City this afternoon, Sony announced the new console. Dubbed the PlayStation 4 Pro, it would sit alongside the newly launched slimmer PS4 (an original PS4 with a die shrunk SoC) as a premium, more powerful entry in the PlayStation 4 family. The console  is intended to cover a spectrum of use cases for Sony, including 4K TV support, HDR, better VR performance, and higher fidelity graphics on today’s 1080p TVs.

As AnandTech is not a gaming website, I’m going to skip the gaming ramifications. Instead, let’s do what we do best and dive into the hardware.

A bit to my surprise, Sony actually released some basic specifications about the underlying hardware. The information is similar to what we were given close to the PS4 launch, but at the same time I wasn’t expecting this information until we were closer to the PS4 Pro’s November launch.

With a focus on increased performance, the heart and soul of the PS4 is a new, higher performance SoC from AMD. One of AMD’s semi-custom design wins for H2’16, Sony has released certain details that help paint a useful, though not quite complete picture of what this SoC can do.

On the CPU side, Sony is not officially discussing clockspeed. However they have confirmed that it is still an 8 core Jaguar design like the original PlayStation, so there are no additional CPU cores in play. Furthermore the CPU clockspeed has been boosted by an undisclosed amount, so total CPU performance has increased.

While I have some ideas on what those numbers may be, it does depend in part on how much work AMD put in on the semi-custom stage of the design process. The newer manufacturing process – which I believe to be TSMC’s 16nm since that is AMD’s regular semi-custom fab partner – certainly delivers some benefits. But at the same time the Jaguar architecture was not originally designed to scale to very high clockspeeds – keep in mind that this was a low power architecture to begin with – so there are frequency bottlenecks besides simple silicon limits. For reference, the fastest desktop Jaguar desktop processor topped out at 2.2GHz. Unless AMD has done any major reworking of Jaguar for Sony, that is about as good of a guess as we can make, short of Sony confirming any numbers.

Meanwhile on the GPU side, things get a lot more interesting. The PS4 Pro’s SoC features a far more powerful integrated GPU, more than doubling the rated performance of the original PS4. Overall the PS4 is rated for 4.2 TFLOPs, versus 1.84 TFLOPs on the original console. In terms of raw throughput, this is to AMD’s current-generation mainstream discrete GPUs, offering throughput somewhere between the RX 470 (4.9 TFLOPs) and the R9 380X (4.0 TFLOPs).

The significant increase in GPU performance is easily the biggest selling point of the new console, and is the cornerstone of Sony’s plans to pitch the console as a higher fidelity alternative to the stock PS4. This includes both higher quality rendering (e.g. more objects, better shadows, etc) and higher framerates, but also higher resolutions as well as part of Sony’s greater push to make the PS4 Pro synonymous with 4K. 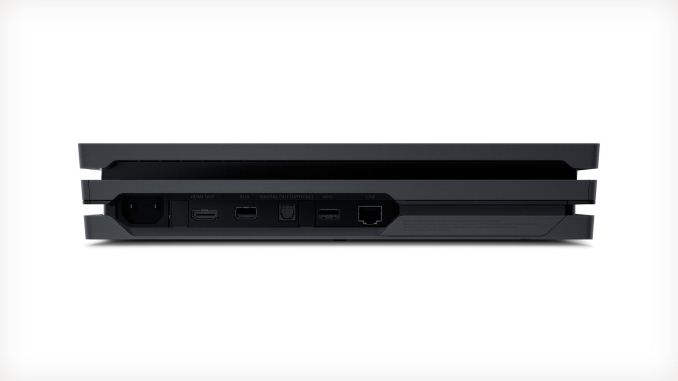 As far as the GPU configuration goes then, officially we don’t have anything to work with besides the raw throughput. Clockspeeds and CU counts are both very good questions right now, as the jump to 16nm will have improved both AMD’s ability to pack in more CUs in a given area, and, at least to some extent, rev up the clockspeeds. So how AMD has opted to balance these factors is an interesting question.

Given that GPU throughput has increased by 2.3x, my hunch is that AMD has pushed both aspects. A straight doubling in the CU count coupled with a modest (14%) increase in the GPU clockspeed would reach the stated performance numbers without too radical of an alteration of the GPU architecture. But there’s a lot of wiggle room here; it could just as easily be 34 CUs at a higher clockspeed, for example. A wider design favors power efficiency – which is always a boon in a console – but as 16nm is still a newer process, it’s a chip yield risk.

Meanwhile, it’s important to note here that as we’ve seen in the discrete GPU space, shader throughput is not everything. Shaders are indeed frequently the biggest bottleneck to GPU performance, but they are hardly the only one. One way or another AMD has greatly increased the shader throughput of their SoC, but rather they’ve increased the unit counts on any other aspects remains to be seen. Whether they’ve added additional geometry units or ROPs could significantly influence the performance of the console, as it’s going to be relatively harder to fill up those expanded shader resources if these other resources weren’t similarly expanded. At the same time we don’t know anything about how the GDDR5 memory is clocked; I think it’s a safe bet that it’s clocked higher since the original console was only at 5.5Gbps, but even 7Gbps memory would only be 27% more memory bandwidth to feed a much wider GPU. In short, it’s best not to assume that all aspects of the GPU have been doubled, and consequently that the real world performance advantage for the PS4 Pro is not going to be quite as great as the GPU specs indicate. 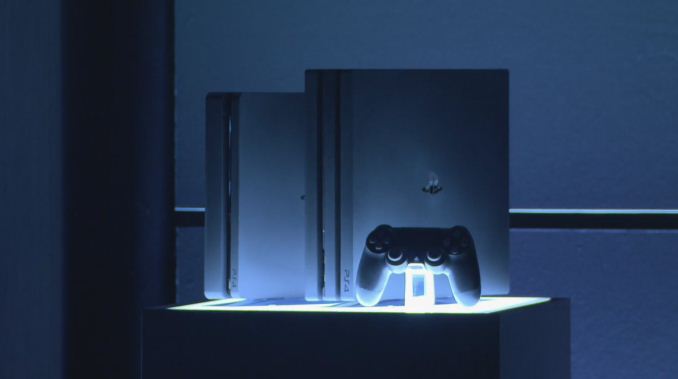 Slim PS4 next to PS4 Pro

On that note, while Sony is pitching the console for 4K video and gaming, Mark Cerny was rather clear that to reach 4K gaming, they expect developers to make significant use of both spatial and temporal anti-aliasing/reprojection.to reach 4K. In other words, most of the time the console won’t actually be rendering games at 4K. This makes a lot of sense; all else held equal, the PS4 Pro needs to fill 4x as many pixels with a GPU that’s (at best) 2.3x as powerful.

This means that the number of games that natively render at 4K is by necessity going to be relatively few. Games could still render at resolutions over 1080p (e.g. 2560x1440), giving them more fidelity than current 1080p games, but various upscaling/reprojection methods will have to close the gap to 4K. Given that even the best PC GPUs have only recently reached the performance level to render the necessary 8.3Mpixels without significant quality compromises, and we’re likely a generation (or more) from consoles being able to reach that same level.