In Win, best known to most for their PC chassis, announced its new Polaris case fan series. The new Polaris fans differ from their Aurora fan lineup in a few ways. First, the frame on the Polaris is not square but uses a round transparent frame. Second, the Polaris lineup is made for silence, while the Aurora is made for performance (having slightly higher CFM and static pressure values), and a different overall aesthetic; more of a traditional case fan look. 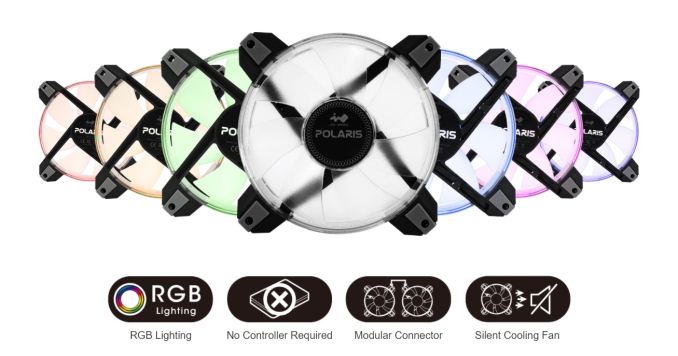 The Polaris lineup comes in one size, 120mm x25mm, and three different flavors; Polaris LED, Polaris RGB, and Polaris RGB Aluminum. The base model, the Polaris LED, is available in multiple colors including white, blue, green, and red. The six hub-embedded LEDs shine through frosted fan blades and transparent PBT frame for a unique visual display. The RGB models swap out the single color LEDs for RGB LEDs allowing users to fully customize the color. They also sync with most motherboards equipped with RGB control including ASUS’ AURA SYNC, MSI’s Mystic Light Sync, and GIGABYTE’s RGB Fusion software. The RGB Aluminum model swaps out the transparent frame for a diamond-cut, laser-etched aluminum housing and is the flagship model of the Polaris lineup. 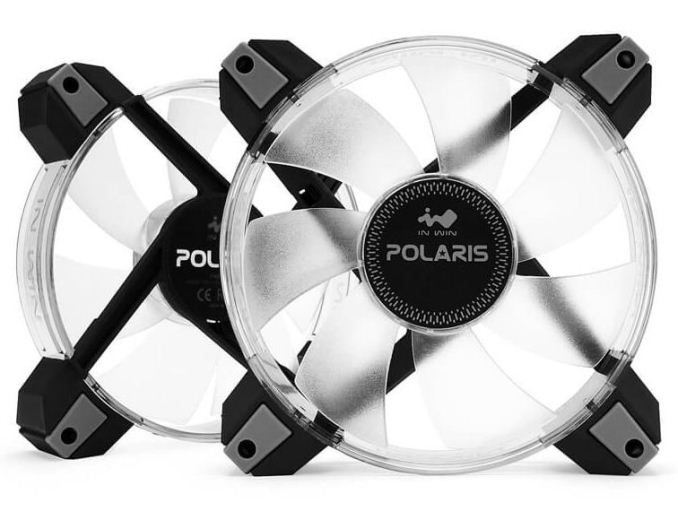 The PWM controlled silent fan is said to produce only 20.2dB while pushing 43.31 CFM at 1.26mm/H20 static pressure at its maximum speed of 1280 RPM. Power use for the fan alone is rated at 1.2W/0.10A. Combined with the RGBs, it is 2.4W/0.20A. The light power can allow a couple to be daisy-chained together using the same motherboard header.  In Win includes its own 8-pin connecting wires ( 800mm and 100mm) to connect from fan to fan and minimize cable clutter inside the chassis. A total of eight fans can be daisy-chained together.

The Polaris fans use a sleeve bearing in the hub while In Win puts the life expectancy at 35000 hours. This is slightly less than the Aurora models rated for 36000 hours. The big difference is the Aurora fans life expectancy values are rated at 40C while the Polaris models are much lower at 25C. One can’t tell how much, if any, this will reduce life expectancy on the Polaris line running above 25C, but I have to imagine there will be plenty of instances where internal case temperatures go above the 25C mark. The circular PBT or aluminum frame drops right into a shockproof frame to mount to the case. The frame uses rubber stands to reduce vibrations transmitted to the case. 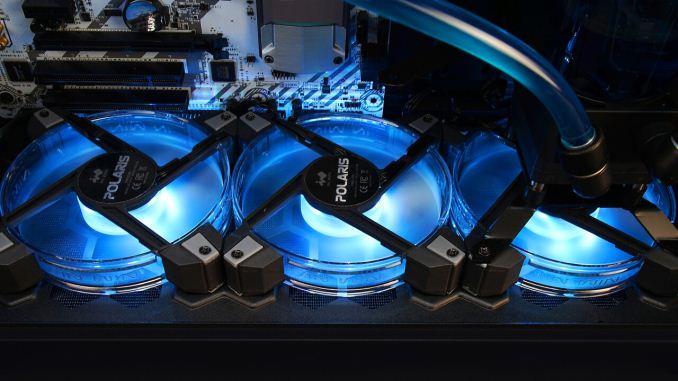