MSI B450 AM4 Motherboards at Computex 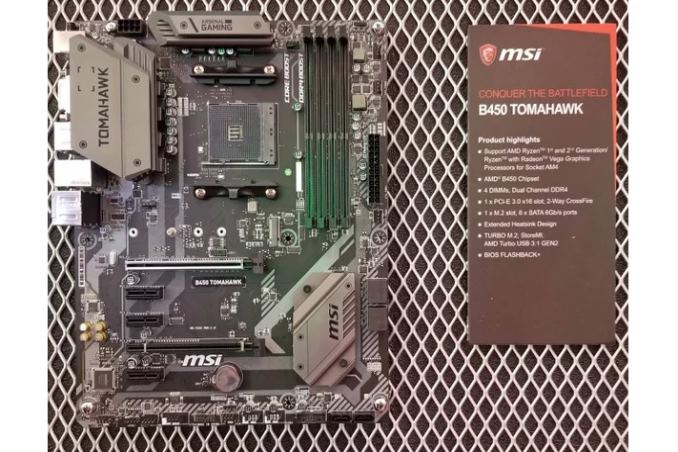 AMD's 2000-series Ryzen processors represent an incredible step forward even though they are based on a revamped architecture, but much like Intel's Coffee Lake launch, the company only released its premium chipset at launch. The X470 chipset, paired with the AM4 socket, has proven to be a nice step forward, too, but we've longed for less-expensive B450 chipsets to complement the non-X Ryzen models.
That wait ends today. MSI had several B450 motherboards on display in its booth here at Computex 2018, but the company hasn't officially launched the models or provided pricing information yet. We'll follow up with the company for more details about the official specifications for the B450 chipset, but for now, we can get a glimpse of what the B450 motherboards bring to the table.

MSI's B450 Tomahawk comes armed with four DDR4 slots (dual channel) that ostensibly support Ryzen's DDR4-2933 spec. The six-phase power delivery subsystem, which is fed by a single eight-pin power connector, has a robust finned cooling system that will help when you push the clocks. That's certainly a welcome addition to a budget board. Like all AM4 motherboards, the Tomahawk supports both current- and previous-gen Ryzen models. 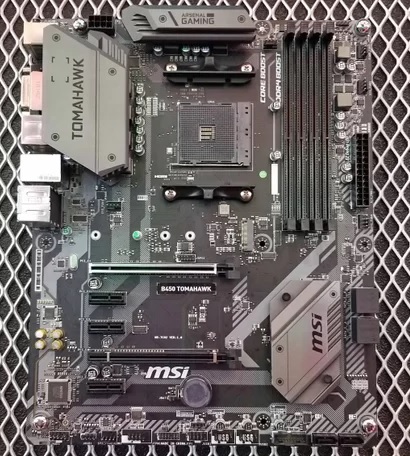 The Tomahawk comes equipped with a reinforced PCIe 3.0 x16 slot and the motherboard supports two-way CrossFire. The board features an M.2 slot (sans an integrated heatsink) between the socket and the first PCIe slot. MSI also complements the speedy M.2 port with six utilitarian SATA 6Gb/s ports. 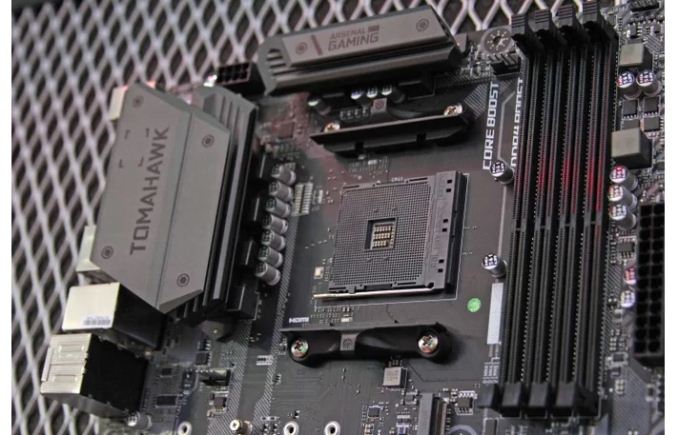 The rear of the motherboard finds two USB 3.1 Gen2 ports, in both Type-A and Type-C flavors, along with DVI and HDMI ports for the APU crowd. We spot five fan headers and a single fan/pump header. The Tomahawk also sports an RGB port for LED accessories, which implies support for MSI's Mystic Light software. There's also a BIOS Flashback+ button on the I/O panel for out-of-band motherboard firmware updates. The motherboard also comes equipped with a single LAN port.

The B450-A Pro also comes with robust heatsinks over the six-phase power delivery subsystem, along with many of the same features as its counterpart. Like the Tomahawk, the board is fed by a single eight-pin power connector along with the requisite 24-pin. The Pro model also comes equipped with five fan headers and one pump/fan combo header. MSI also includes an RGB header for LED lighting accessories. 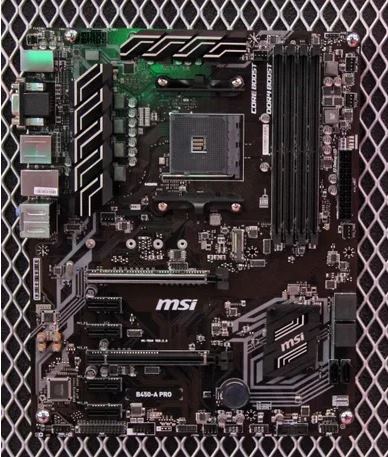 The Pro also comes equipped with more video connectivity options, such as HDMI, DVI, and VGA ports. We spot the four USB ports on the I/O panel, and the motherboard supports USB 3.1 Gen 2, but it doesn't have a Type-C connector. 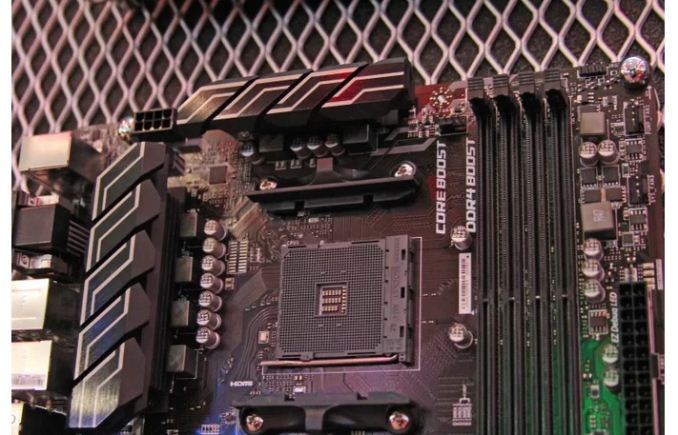 Pricing will be the key ingredient to the B450 ecosystem, and unfortunately, we don't have MSRPs yet. We will update the article as more information becomes available.

Paul Alcorn Contributed to this Report.