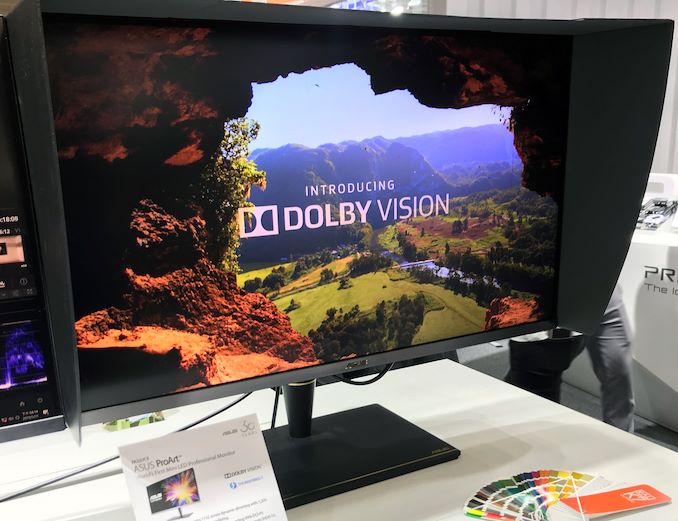 The large 32-inch ProArt PA32UCX display with a 1152-zone FALD is nearly ready and will be available sometimes in late June, according to an ASUS representative at the company’s booth. The smaller 27-inch ProArt PA27UCX monitor with a 576-zone FALD is several months behind the flagship, so it is still being polished off. The same rep assured that this LCD will still be available by the end of the year, but refused to reveal any more precise information. 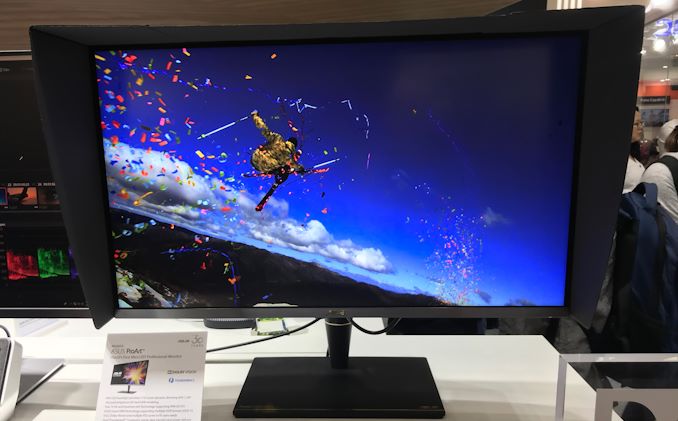 While the ProArt PA32UCX and the ProArt PA27UCX displays are different when it comes to diagonal sizes and the number of FALD zones, they have a lot in common. Both are based on 10-bit IPS panels featuring a 3840×2160 resolution, 1,000 – 1,200 nits peak brightness, a high contrast ratio, and a 60 Hz refresh rate. The monitors are factory calibrated to ΔE < 2 accuracy, they cover 99% of DCI-P3, 89% of Rec. 2020, 99.5% of Adobe RGB, and 100% of sRGB color spaces used for video post-production as well as graphics design nowadays. 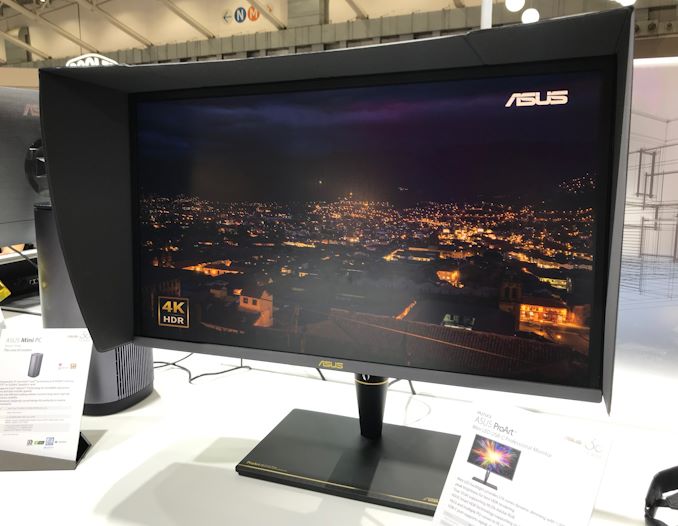 Besides, both Mini LED-enabled monitors from ASUS support numerous HDR formats, including HDR10, hybrid log gamma (HLG), and Dolby Vision (the 32-incher only, so far). The two LCDs also meet or exceed requirements for VESA’s DisplayHDR 1000 logo. Last but not least, both displays feature either Thunderbolt 3 or USB Type-C connectivity with 60 W Power Delivery. 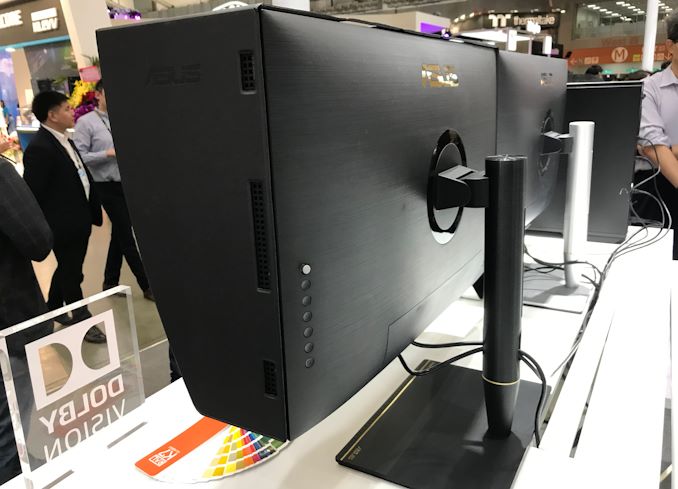 Pricing of the ProArt PA32UCX and the ProArt PA27UCX is something that remains to be seen. Evidently, Mini LED-based backlighting is a new technology and costs more than traditional units. Furthermore, both monitors belong to professional pedigree, so expect them to be priced accordingly. 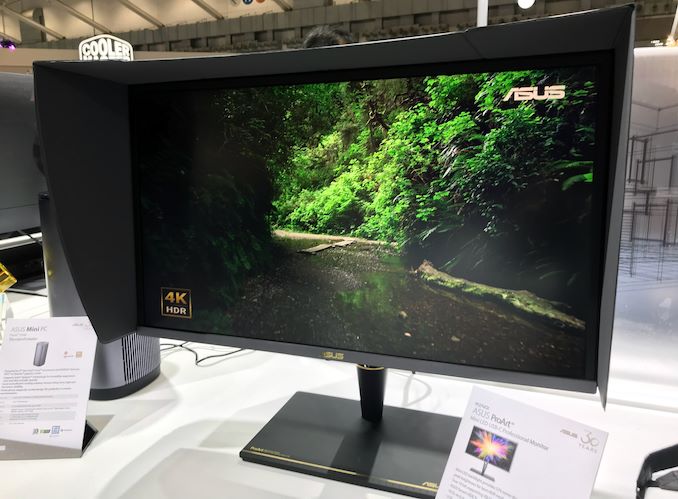