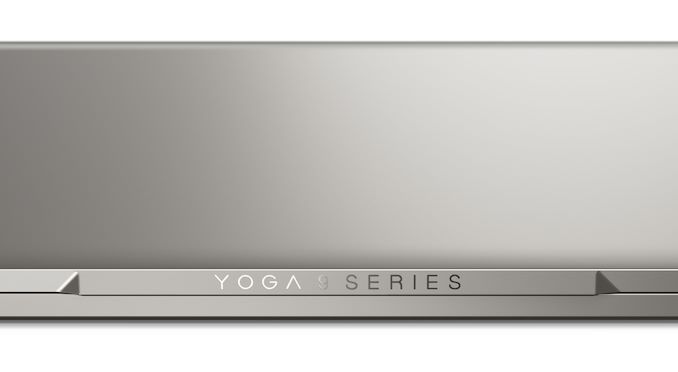 Lenovo today introduced its brand-new Yoga C940 convertible laptop with a 15.6-inch display that is aimed at performance-driven consumers and creative professionals. In addition to a large screen, the new hybrid notebook got a discrete GeForce GTX GPU, a first for the product family.

At first glance, it looks like the Lenovo Yoga C940 15.6 is an extension of the Yoga 9-series family with a product featuring a 15.6-inch Full-HD or Ultra-HD HDR-supporting display and better graphics. It comes in an all-metal Iron Grey CNC-milled chassis featuring a 360° watchband hinge that looks very similar to the chassis used by the Yoga C940 14. Meanwhile, the addition of a discrete GPU, use of Intel’s 9th Generation Core processor with up to eight cores, and some other factors (like a numpad) somewhat change positioning of the system enabling Lenovo to address demanding consumers and creative professionals who need CPU and GPU horsepower more than they need other features (more on that later).

The Lenovo Yoga C940 15.6-inch is based on Intel’s 9th Generation Core i7 or Core i9 processor with six or eight cores that is accompanied by NVIDIA’s GeForce GTX 1650, a combination that guarantees rather decent performance. The system can be equipped with up to 16 GB of DDR4 memory as well as an up to 2 TB SSD (see general specifications in the table below). 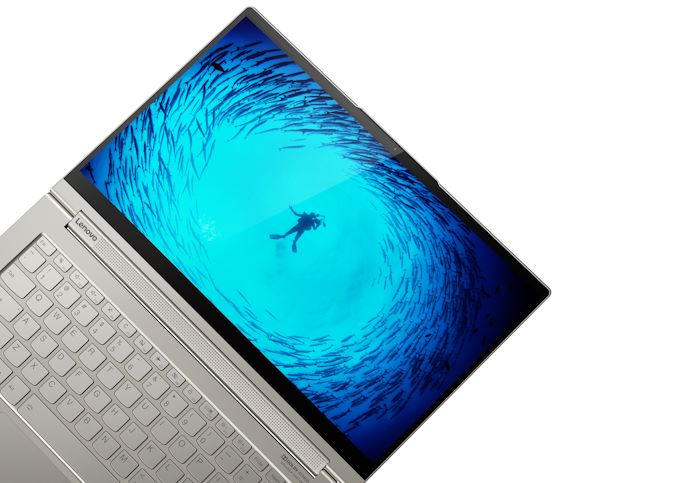 Other features of the Yoga C940 15.6-inch are generally similar to its smaller brother, the C940 14-inch. The system features Wi-Fi 5 or Wi-Fi 6, two Thunderbolt 3 ports, and one USB 3.1 (Gen1) Type-A connector. In addition, the convertible comes with a Dolby Atmos-supporting rotating soundbar, a far field microphone array supporting Alexa, Wake on Voice and similar functionality, a fingerprint reader, and a webcam with Lenovo’s TrueBlock privacy shutter. 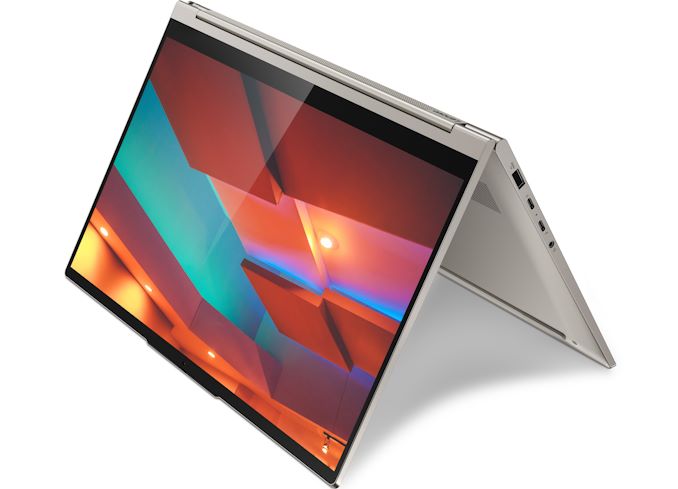 The 15.6-inch version of the Yoga C940 is 17.5 mm thick and weighs around 1.9 kilograms, which is generally in line with contemporary convertible machines of this size. The Full-HD version is rated for 12 hours of operation on one charge, whereas the Ultra-HD models are expected to work for 9 hours.

Now, a couple of words about positioning of the Yoga C940 15.6. The evolution of Lenovo’s high-end convertible laptops is an interesting story by itself. Historically, Lenovo had two 13/14-inch class advanced convertibles: ThinkPad X1 Yoga with a decent Intel Iris-branded integrated GPU in a carbon fiber chassis as well as Yoga 9-series with a regular integrated GPU in an all-metal chassis. Last year, the company adopted an aluminum chassis for its ThinkPad X1 Yoga, but removed the superior Iris graphics. Effectively, Lenovo left the market of convertibles with decent graphics to its competitors like Dell and HP who offer rather advanced Envy x360 2-in-1 and XPS 2-in-1 systems with discrete GPUs. With the Yoga C940 15.6 featuring up to eight-core CPU along with NVIDIA’s GeForce GTX 1650 graphics processor, Lenovo is returning to the market of high-end convertibles aimed at those who value performance most of all.