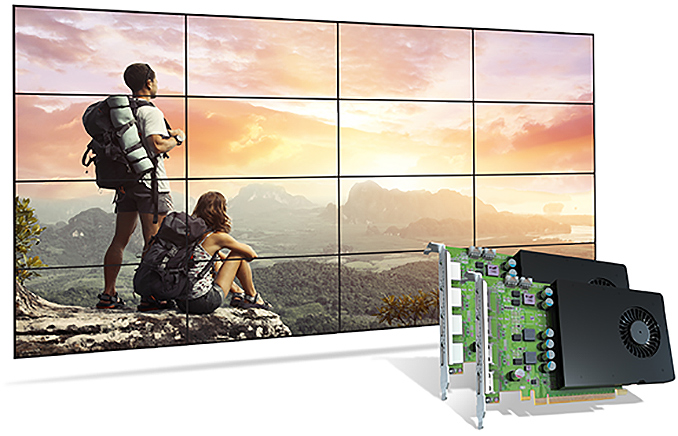 Matrox Graphics is one of the oldest graphics card manufacturers still in business today. It started to make video cards in 1978, several years before ATI, and 15 years before NVIDIA. While the company's own internal GPU development efforts petered early this century, the company has continued on as a specialist card maker, using other vendors' GPUs to make special-purpose multi-monitor solutions. Since 2014 the company has been using AMD’s GPUs for its boards, and earlier this month the company inked a similar agreement with NVIDIA. This week, Matrox launched its first NVIDIA-based graphics cards.

The Matrox D-series family of multi-display graphics cards based on a custom-built NVIDIA Quadro embedded GPU and carries 4 GB of GDDR5 memory as well as four DisplayPort 1.4 (D1480) or four HDMI 2.0 (D1450) outputs. The D1450 supports four monitors, with a maximum resolution of up to 4096x2160@60Hz, whereas the D1480 adapter supports four monitors with resolujtions up to 5120×3200@60Hz. The card consumes 47 W and only uses power supplied to it through the PCIe x16 slot. 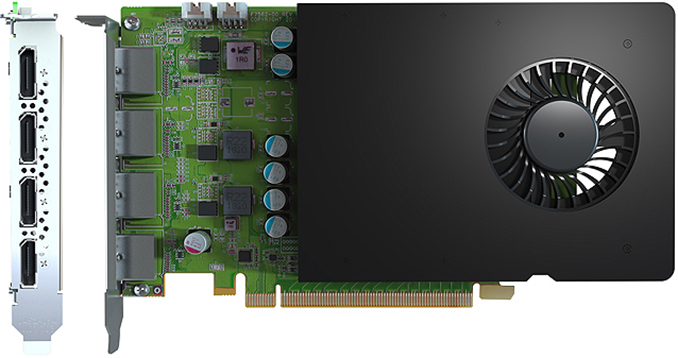 For video wall applications used in aerospace, military, pro A/V, digital signage, security, and industries, four of Matrox D-series boards can be combined in a single system via board-to-board framelock cables, driving up to 16 displays using one PC. In addition, the cards can further be augmented with Matrox's QuadHead2Go multi-display controllers to drive up to 64 Full-HD screens from a single PC. It is also possible to pair D-series cards with Matrox Mura IPX capture and IP encode/decode boards for applications that need those capabilities. 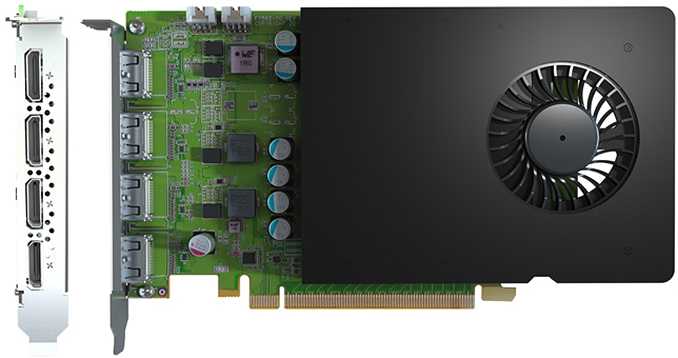 Matrox does not disclose which GPU it uses for the D-series video cards, but it claims that the ‘custom-built’ NVIDIA Quadro GPU is compatible with DirectX 12, OpenCL 1.2 and OpenGL 4.5, which points to one of NVIDIA’s latest architecture (e.g., Pascal, Turing).

Matrox’s D1450 and D1480 graphics cards will be available sometimes in the second quarter. Their exact pricing is unknown, but expect to see Matrox to charge a premium for their specialized products.