Amongst today’s Apple’s WWDC historic announcements, such as the company’s switch from x86 to Arm processor architectures, we also saw the launch of the new iOS 14 and iPadOS 14 which bring new features to the company’s mobile devices. 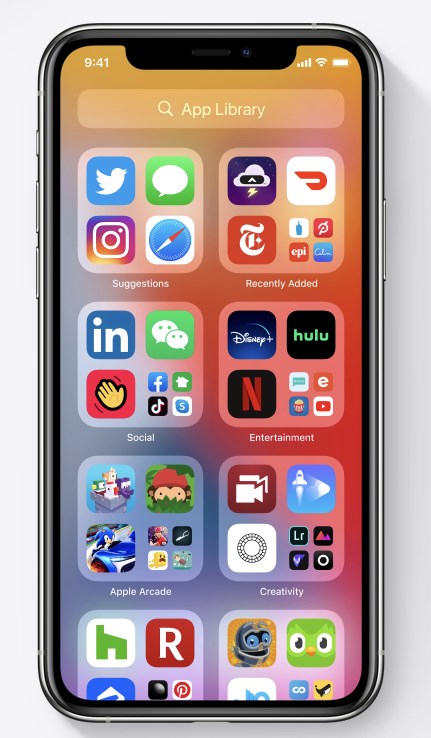 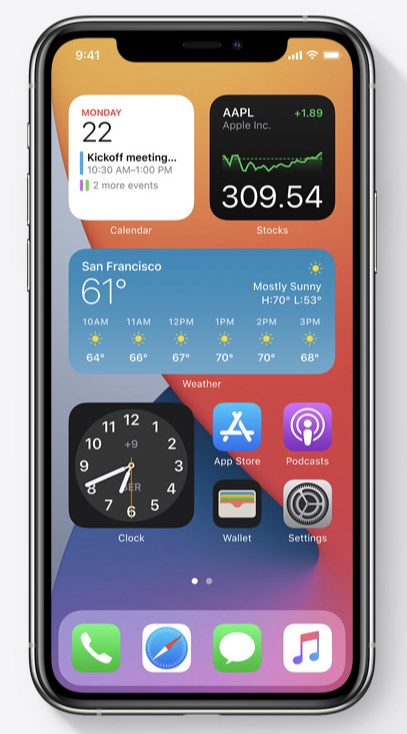 Starting off with the home screen, for the first time in many generations we’re seeing some substantial changes to this part of iOS and iPhones. For many years Apple had been relatively stubborn in implementing a more flexible app management system that’s a bit more organised than simply having all applications spread over several home screens. Apple attempts to solve this issue by introducing the new “App Library” section of the home screen. This is essentially an extra page where the launcher will organise your applications by groups defined by their application type. On top of this UI addition, we’re also seeing now a linear alphabetical list of all applications that can be called up from the new app search UI, also allowing you to type in the name of the app you want to find and launch.

Another big addition is the addition of home-screen widgets. Undoubtedly some people will make fun of Apple for being more than a decade late to this feature, but now finally we can also have customizable widgets directly on the home screen. One question which I asked myself during the presentation is as to whether Apple will allow “empty space” in the home screen or if things will still be filled top-to-bottom left-to-right in terms of widgets and app icons. 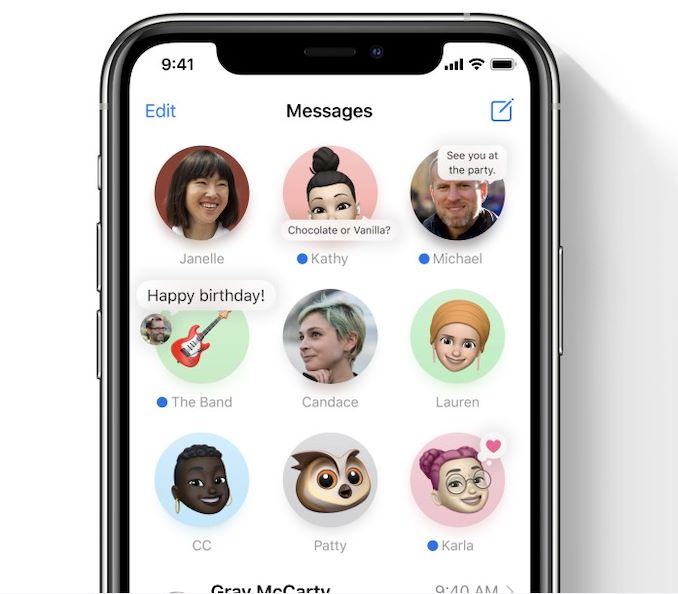 iMessage has also seen very large updates that vastly improve the usability of the platform and bring it more up to date with other messaging apps. Group conversations can now be pinned at the top of the app, up to 9 of the most frequent chats can now be favourited with quick access to them instead of having to search through the list. We’ve seen big improvements in the customisations of the group conversations, naming or giving the group dedicated thumbnails, as well as new usability options as to show the most recent group members who wrote something. 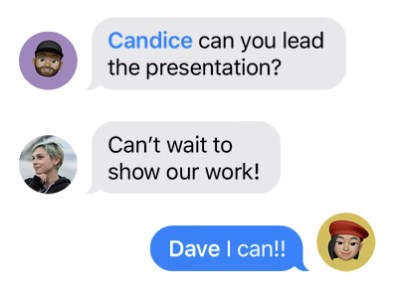 Users will now also be able to tag people in the chats. This serves to directly address a person in a group chat all whilst remaining transparent to the other members. One big advantage of such a functionality is that a member can customise his notification settings, for example muting the conversation unless he’s been tagged in the chat.

It’s now also possible to do in-line replies to a specific message, creating conversation threads instead of a single on-going linear chat history.

Maps has been updated with the introduction of cycling directions, with the ability for navigation not only through roads but any cyclable path up to your destination. There’s extra information such as elevation changes, any obstacles in the way such a stairway you’d have to take that are accounted into your computed route. Routing has also been improved for electric vehicles, and Apple Maps can now route you properly through a longer trip by considering charging stations on the way. 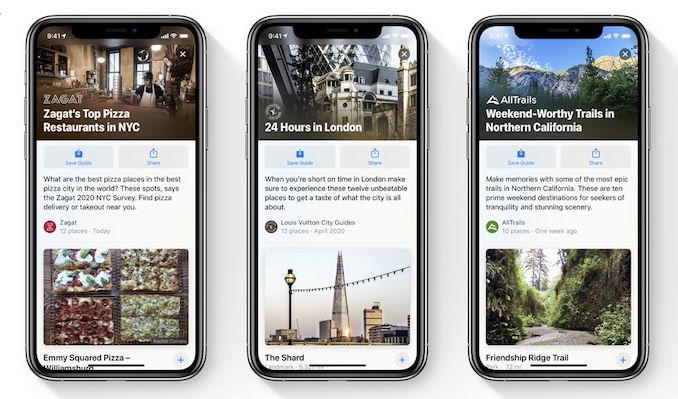 Guides are now a curated discovery mechanism in the app for locations, venues, shops or restaurants that you can visit. 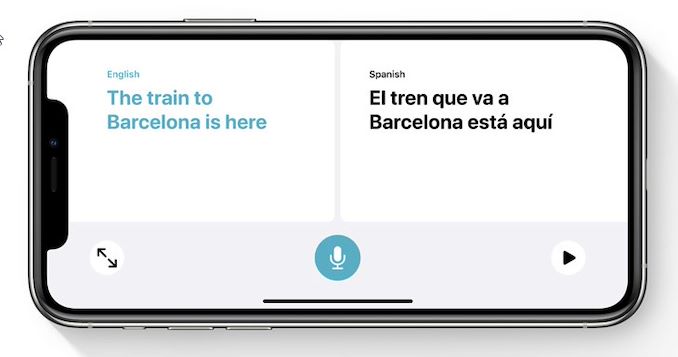 Apple now offers a new translation app that thanks to the new machine learning silicon and models that the company now includes in the app, will be able to work offline. The new interface is extremely simplistic and straightforward in order to facilitate easy communication with whomever you are using it with, and will be able to automatically detect which person is talking to make for a more seamless conversation. 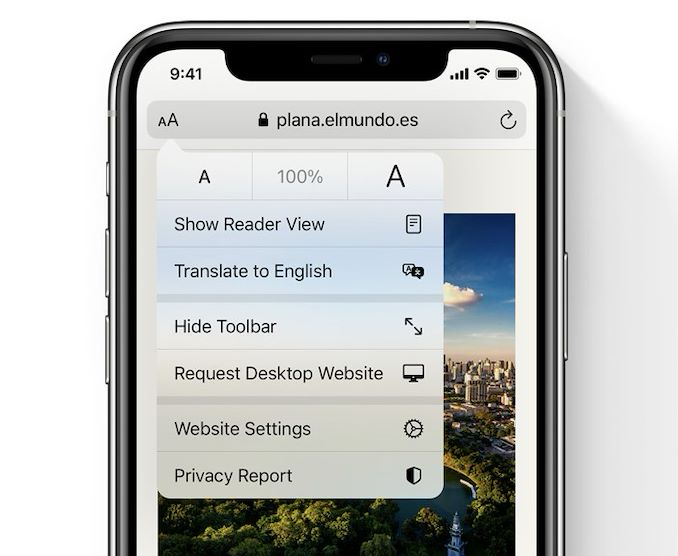 Another important translation addition is the ability for in-line webpage translation. Usually this was a feature that was previously only possible in Google’s Chrome browser as I’m not aware of any other popular browser that made use of Google’s paying API for this feature. The new Safari features essentially works very similarly but Apple’s implementation looks to be even a bit more seamless. We’ll have to see how the translation quality holds up.

Phone as an NFC Car Key 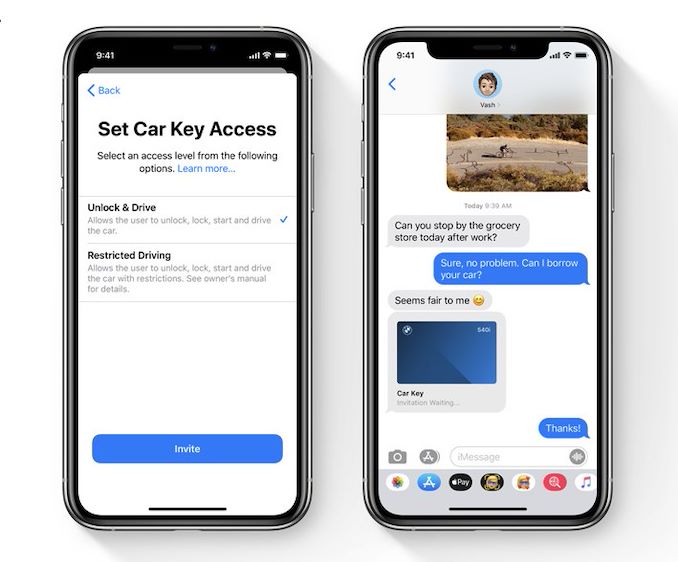 Apple will be partnering with BMW to allow your phone to act as the car’s keys. Using the NFC connectivity of the phone, iOS14 will now be able to securely store a digital car key within your wallet. Whilst I don’t necessarily see this by itself to be any game-changer, the possibilities of what this would enable for car-sharing go a bit further, as you can share your digital car key with others. You can also set the permissions that this person would have in the car which is also interesting, but also raises a lot of questions as to the security aspect of such a feature.

Another big addition to the App Store and the iOS ecosystem is the introduction of “App Clips”. These are light-weight applications that are treated essentially as more substantive “links” that can be embedded in websites, shared through messaging, or included in real life locations through either NFC tags or QR codes. 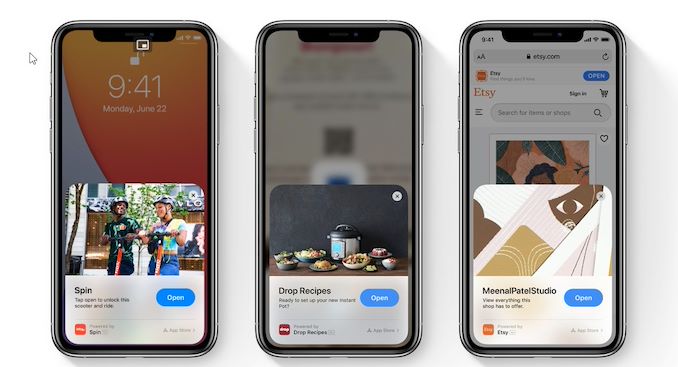 The difference to a full-blown app is their light-weight nature and the fact that they’re meant to immediately bring you to their intended experience. Apple here has strict restrictions as to the complexity of the app, such as not allowing anything exceeding 10MB in size. 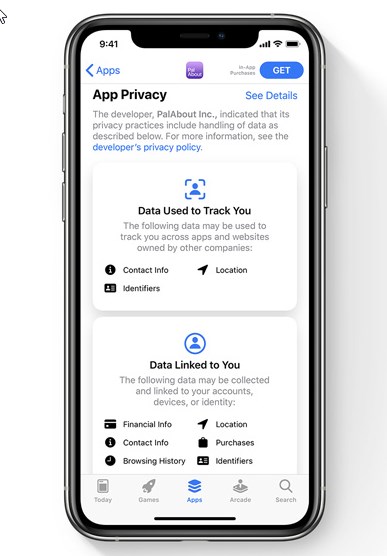 Apple puts a big focus on privacy and has expanded on the way that applications are able to handle permissions. Essentially Apple is taking a note of Android’s latest permissions management, showcasing what permission each app is requesting. iOS14 goes further in that it also showcases data it uses to track you for identifications as well as data that is linked to you.

Applications which for example use the phone’s microphone will now have a red recording light in the notification bar show up, letting the user know that the mic is active.

Applications will have to disclose their requested permissions in the app listings in the App Store so users will know in advance about the app’s data gathering. 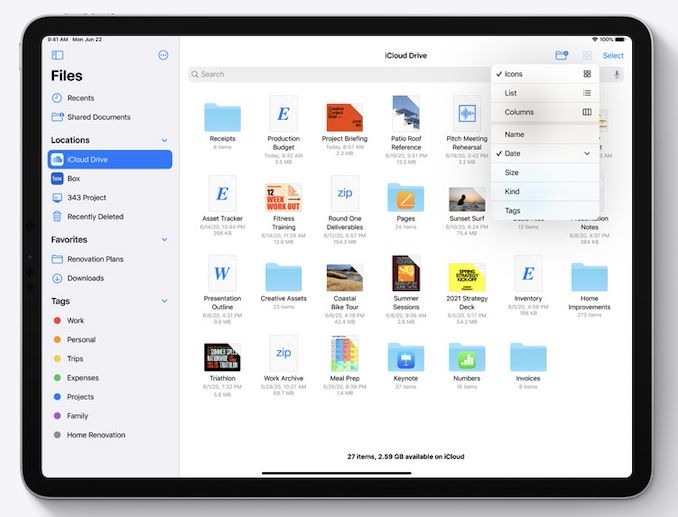 Some general improvements of the iPad UI also include doing away with some actions taking up the full screen. Calls no longer prompt a full-screen window but just a smaller top compact call pop-up, which by the way is also present for iOS. The new compact call also works for third-party apps.

Search no longer takes up the full screen either and instead will also be a overdrawn pop-up widow on top of your current activities.

Pencil as a First-Class Input Method

Apple’s pencil certainly has bene useful in the past, but it’s never been something that you could exclusively use your iPad with, always having to switch back to the keyboard input for typing in something in a field for example. 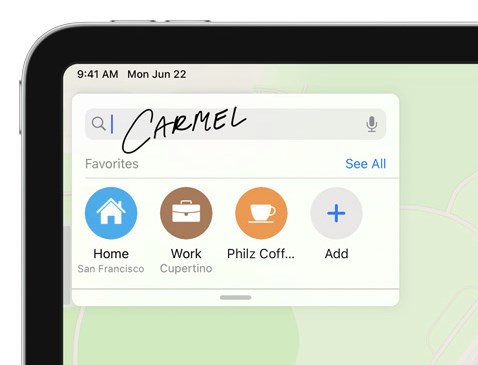 This now changes in iPadOS 14 as the pencil becomes a first-class input method, with the ability to write in any input field on the OS and have the device OCR it into text. 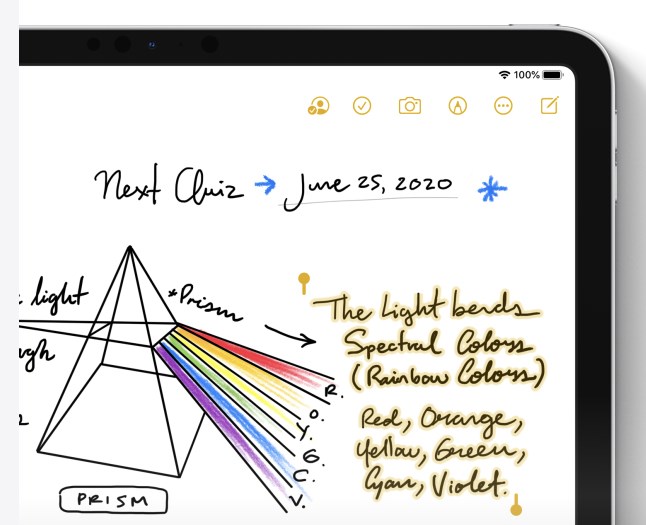 A huge problem with this is that it’s quite hard or near impossible to select handwritten text. Not anymore, as the new update now uses machine learning to detect and handle such texts as if they were typed in. Selecting a piece of text or a word essentially now just requires you to encircle that word with the pencil to be able to bring up the usual copy-paste menus, and you’re now also able to highlight larger pieces of handwritten text that you can just copy from there and paste into any other text input field in an app. 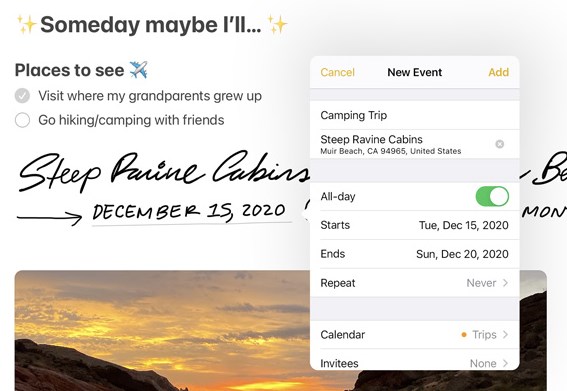 There’s also context awareness to handwritten content, with the OS being to recognise phone numbers, dates, or addresses which when selected directly brings up your address book, calendar or the maps application.

As always with new iOS releases, Apple will make developer releases available soon with a public beta in July followed by widespread final releases of iOS 14 and iPadOS 14 later this fall.