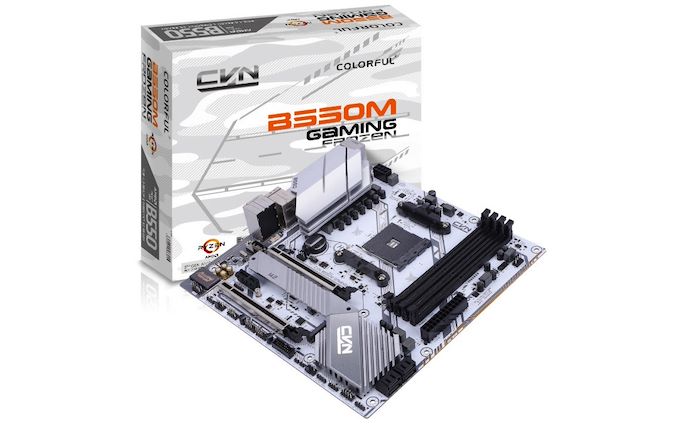 With AMD's B550 models now on the shelves, a lot of focus around its launch was based on pricing - or rather the lack of very low-cost entry-level models.

The motherboard manufacturer Colorful has today unveiled two new micro-ATX sized B550 motherboards: the  CVN B550M Gaming Frozen V14 and B550M Gaming Pro V14 models. Some of the primary features include a Realtek ALC892 HD audio codec, two PCIe M.2 slots with one Gen4 and one Gen3 slot, as well as a Realtek Gigabit Ethernet controller.

The most striking of the new pair from Colorful is the CVN B550M Gaming Frozen V14 model. It features a very aesthetically pleasing white and silver color scheme, with Naval inspired CVN aircraft carrier class branding and an actively cooled chipset heatsink with a red ring around the fan for contrast.

Although the Colorful CVN B550M Gaming Pro 14V follows a black and silver aesthetic, both models share the same feature set, with a full-length PCIe 4.0 x16 slot, a full-length PCIe 3.0 x4 slot, and a small PCIe 3.0 x1 slot. For storage, both models include a single PCIe 4.0 x4 M.2 slot, and a secondary PCIe 3.0 x4 M.2 slot, with four SATA ports that includes support for RAID 0, 1, and 10 arrays. Each model also includes four memory slots with support for up to DDR4-4000, with a maximum capacity of up to 128 GB. Colorful is also advertising a 10-phase power delivery on both boards but doesn't go into detail in regards to the componentry or design. 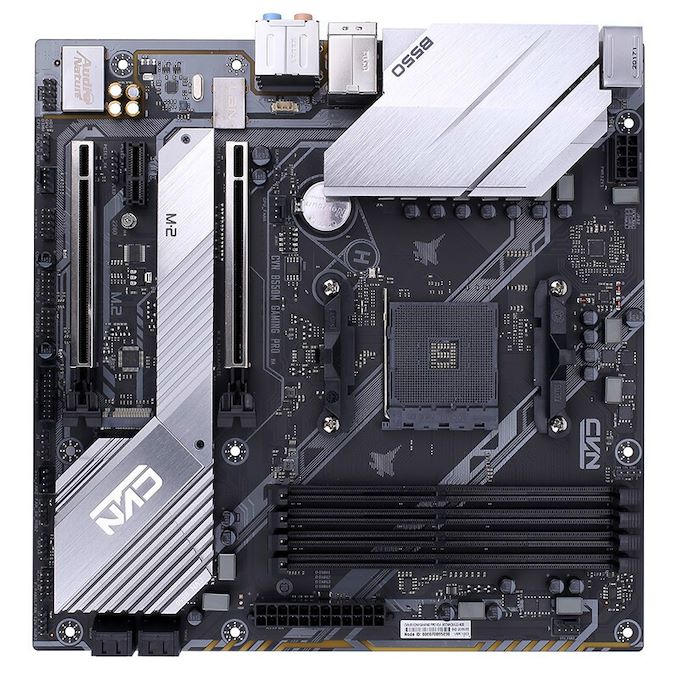 Neither model includes any USB 3.2 G2 connectivity, but there are three USB 3.2 G1 Type-A, one USB 3.2 G1 Type-C, and two USB 2.0 ports. Also present is a pair of video outputs including HDMI and DisplayPort, with six 3.5 mm audio jacks powered by a Realtek ALC892 HD audio codec. For networking is a single Ethernet port which is powered by a Realtek 8111H Gigabit controller, with a PS/2 combo port which finishes off the pairings rear panels.

The cool-looking Colorful CVN B550M Gaming Frozen V14 has an MSRP of $126, while the black and grey B550M Gaming Pro V14 comes with a slightly cheaper MSRP of $121. Although Colorful hasn't divulged when or where these models will be available, they are likely to hit stockists of Colorful motherboards in the coming month.