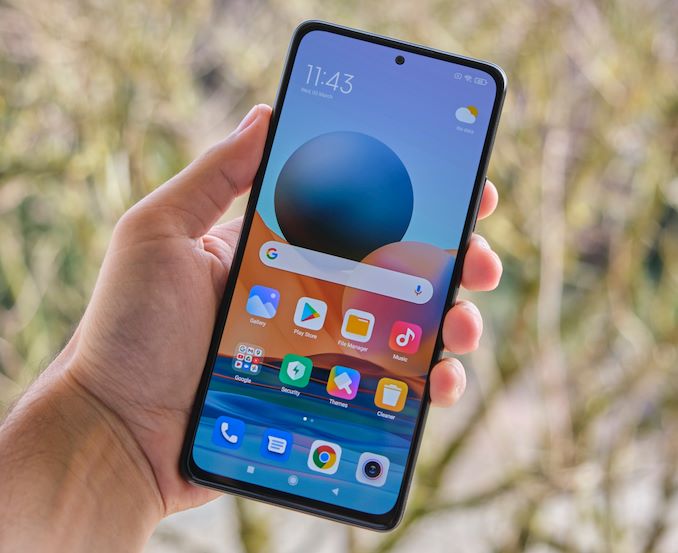 Today Xiaomi is updating one of its most popular and successful phone models with a slew of new Redmi Note 10 variants. Alongside the Note 10, Note 10S and the Note 10 5G, we’ve had the Redmi Note 10 Pro for a few days to get our first impressions of the low-cost device. The device’s predecessor, the Redmi Note 9 Pro, was amongst our top buyer’s recommendations at this price point in 2020, and the newer Note 10 Pro has a few tricks up its sleeve to make it an ever more interesting device in this price range.

In terms of SoC powering the Redmi Note 10 Pro, we find the Snapdragon 732G, which is a binned Snapdragon 730 which was found in last year’s Redmi Note 10 Lite – which in turn was a very similar chip to the Snapdragon 720 in the previous Note 9 Pro. The SoC is characterised by 2x Cortex-A76 cores at 2.3GHz which serve as the performance workhorses of the chip, alongside 6x Cortex-A55 cores at 1.8GHz.

The phone’s CPUs and general usage performance is excellent for a device in this price range, and is a larger departure of the low-end performance of low-cost devices of past years. Relative to the Note 9 Pro, the generational improvements are more minor.

The Adreno 618 GPU isn’t nothing to write home about, however the performance can actually be surprisingly high for this segment, and even outperforms the odd performance of much more expensive devices such as the Pixel 4 XL or Pixel 5.

Xiaomi is equipping the base model of the Note 10 Pro with 6GB of LPDDR4X and 64GB of UFS 2.2 storage, which upgrades to 128GB for a higher storage model, and finally a rather odd 8+128GB combination for the highest configuration. The phone has expandable storage via a dedicated microSD slot whose tray also separately can also house two nanoSIM cards.

Connectivity on the device is rather basic, no 5G or WiFi 6 to be found here, but that’s generally to be expected. It does offer an IR blaster though which is somewhat rare these days. 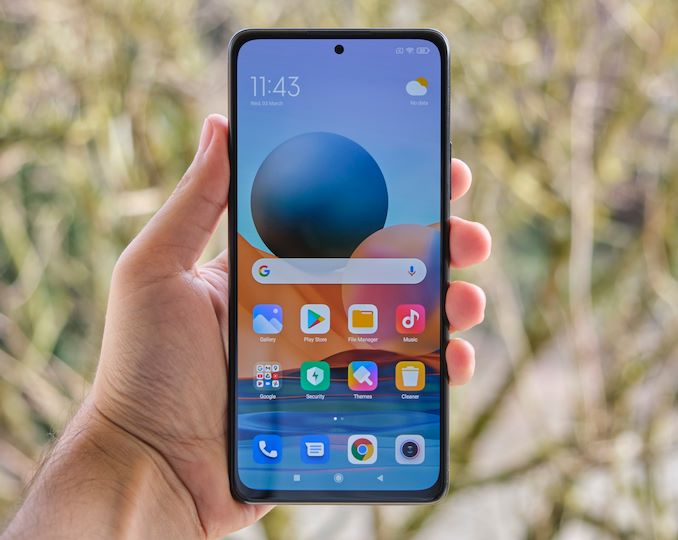 The biggest feature of the new generation Note 10 Pro is its display. Featuring the same size and resolution as its predecessor at 6.67” and 2400 x 1080, the very big difference this year is the fact that Xiaomi has moved towards an OLED display, replacing the IPS LCD of the previous iteration. I’ve always considered OLED displays a major feature differentiation in these price segments, and it gives the Redmi Note 10 Pro a major advantage against other competitors.

Furthermore, not only is this an excellent quality OLED screen, but it’s even capable of 120Hz refresh rate, making the phone even more attractive as essentially you cannot find this feature combination anywhere near this price point. 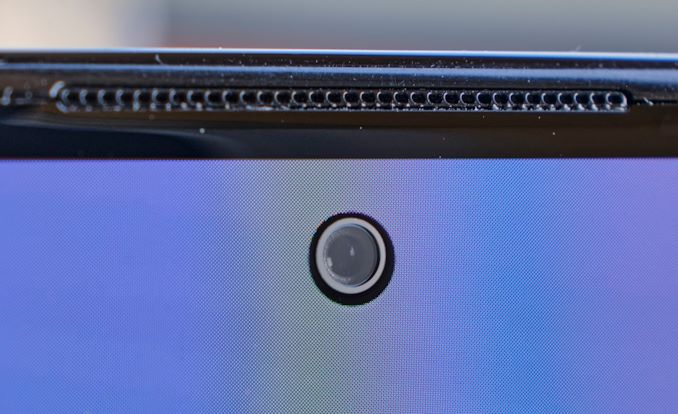 The real only nitpick I’d have to make about the display is the hole-punch front camera. It’s still a 16MP unit with f/2.45, so in that regard we don’t seem much change. On my unit however the camera was notably off-centre within the OLED panel hole, and the silver reflective highlight ring around the module further attracts attention to it, which might not be to everybody’s taste. 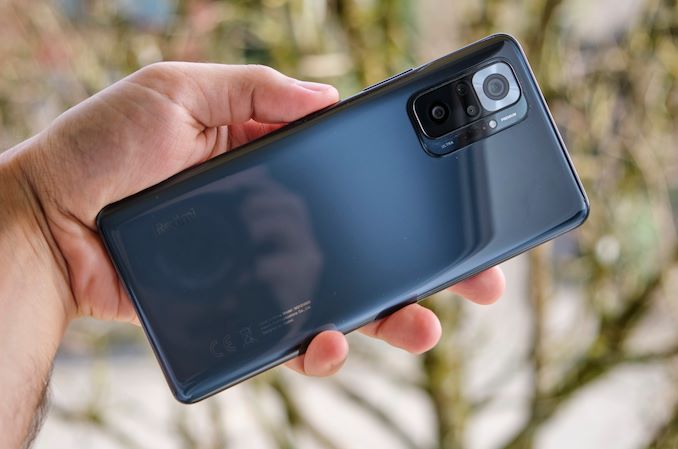 The phone is on the larger side with a width of 76.5mm width, but at least Xiaomi was able to slightly reduce the weight down to 193g, all while keeping the same 5020mAh battery capacity of the predecessor. In terms of ergonomics, the phone has a curved glass back panel which helps with handling the rather large footprint phone. 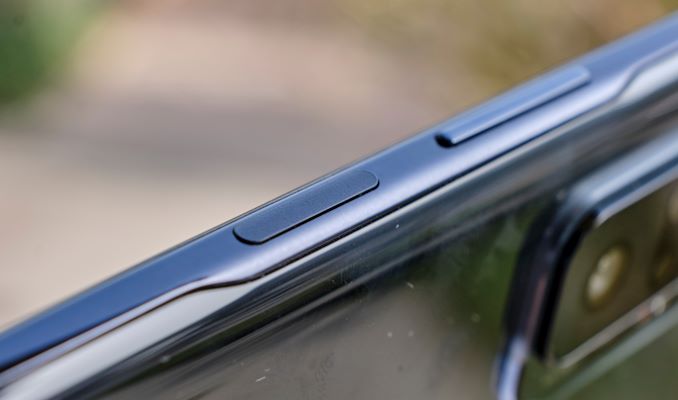 The left side of the phone is bare, except for the SIM and microSD slot, while the right side has the power button and volume rocker. The power button is a combo-button and capacitive fingerprint scanner, with a good quality click and good vertical positioning. 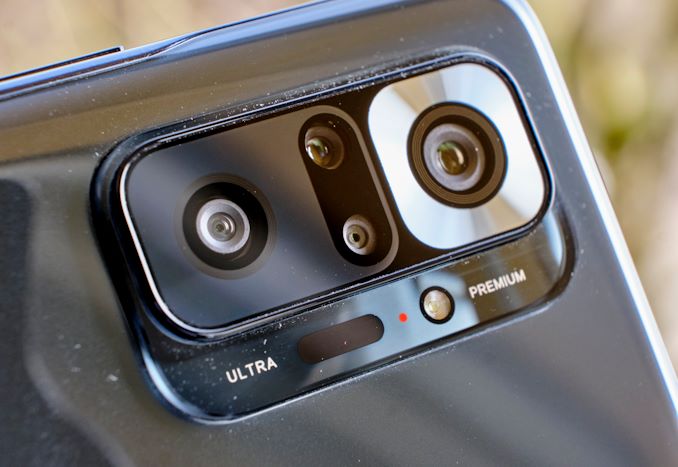 The rear camera setup gives me a very 80’s electronics device feeling – I wonder if that’s on purpose or not. Although Xiaomi advertises the phone as a quad-camera device, it really only contains two everyday usable modules, with a 5MP f/2.4 macro camera and a 2MP depth sensor being situated between the main camera module and the ultra-wide module.

The main camera is a larger departure from past generations. This is amongst the first phones to feature Samsung’s new HM2 108MP module. Unlike other 108MP modules from Xiaomi or Samsung, this features smaller 0.7µm pixels, being a smaller 1/1.52” sensor. It’s still definitely a large module, and is quite bigger than the 1/1.72” GW1 in the Note 9 Pro. The sensor here does 3x3 pixel binning down to 12MP images with equivalent pixel pitches of 2.1µm, so each pixel should receive 72% more light than the previous generation module, albeit it’s lower resolution at 12MP vs 16MP.

The optics are f/1.9 with a 25mm equivalent focal length. There’s no OIS here – it’s a compromise that had to be made at this price range. 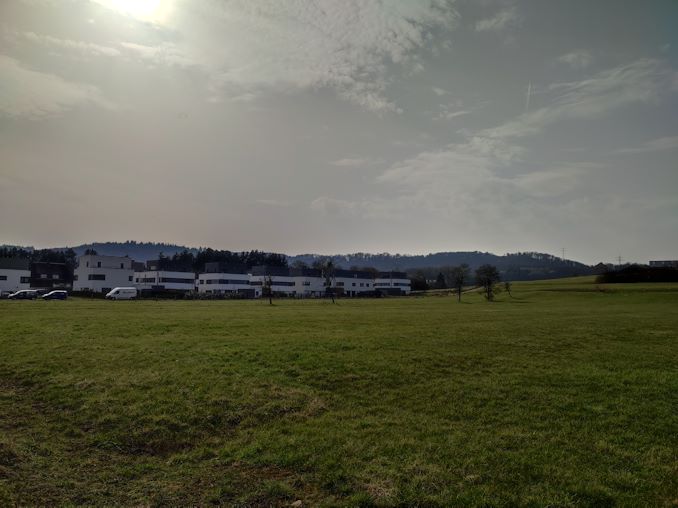 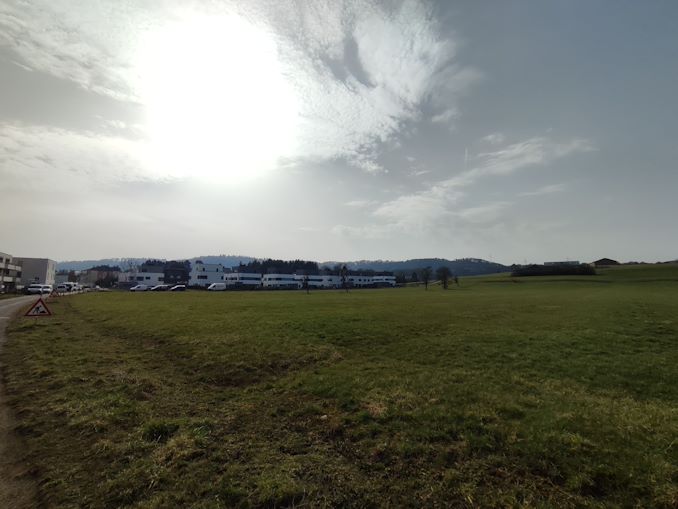 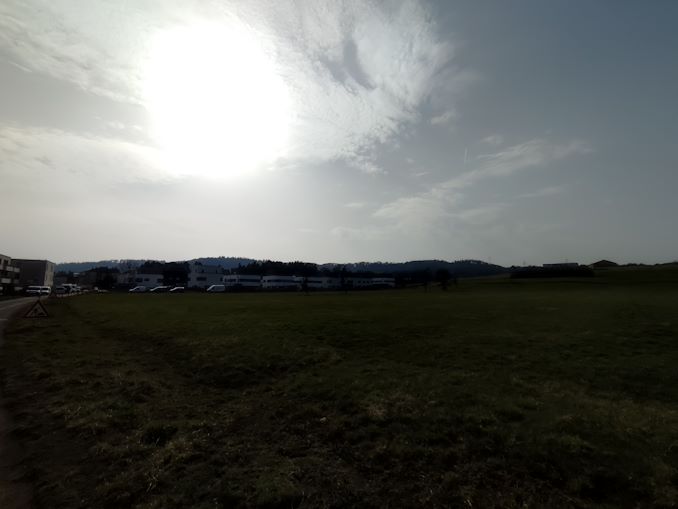 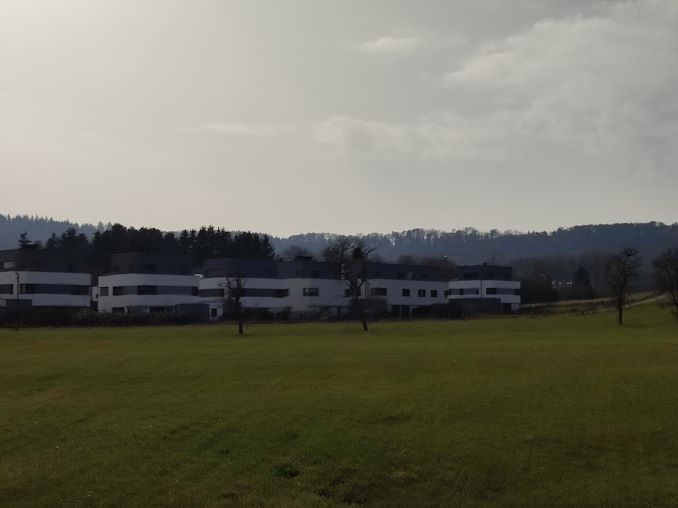 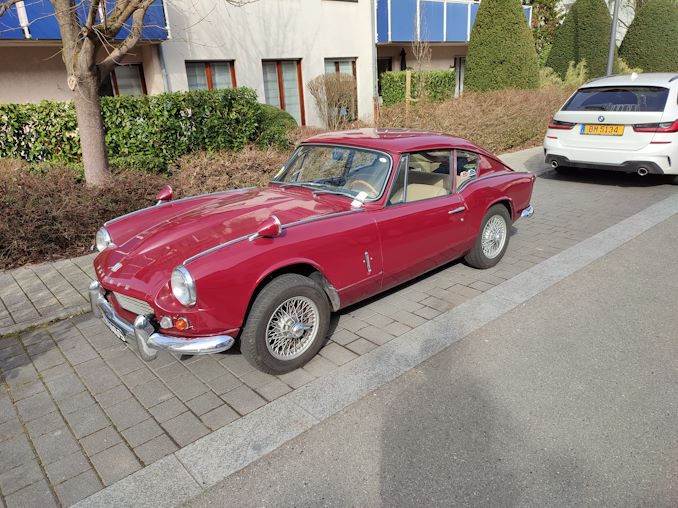 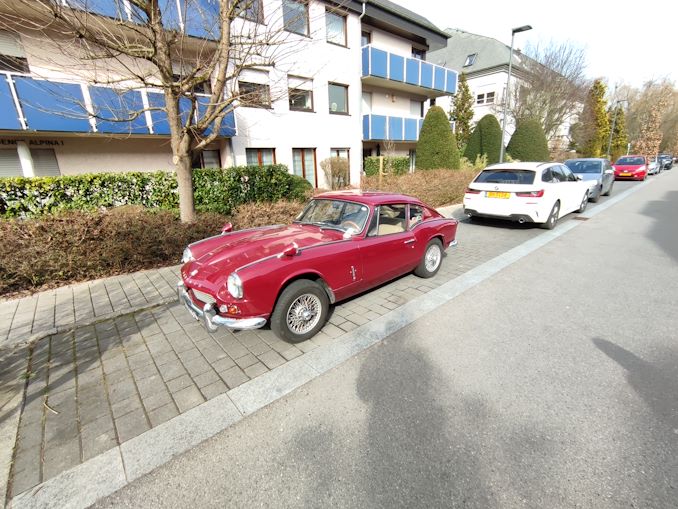 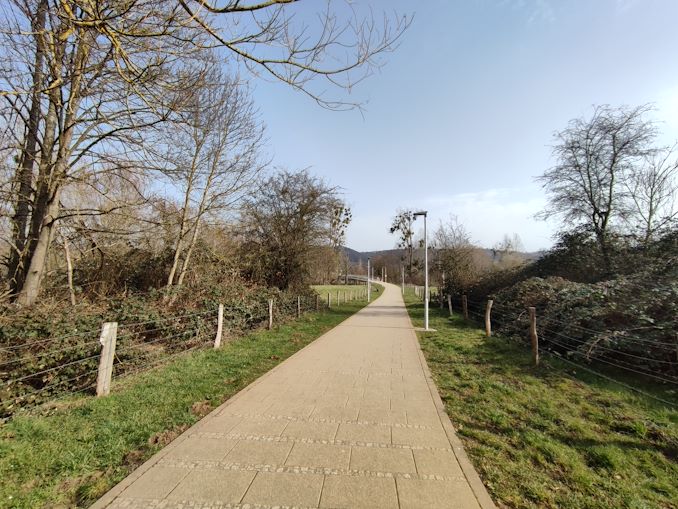 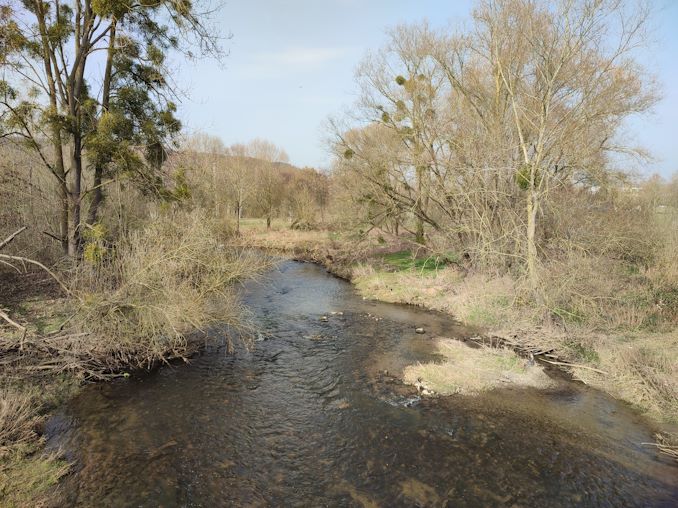 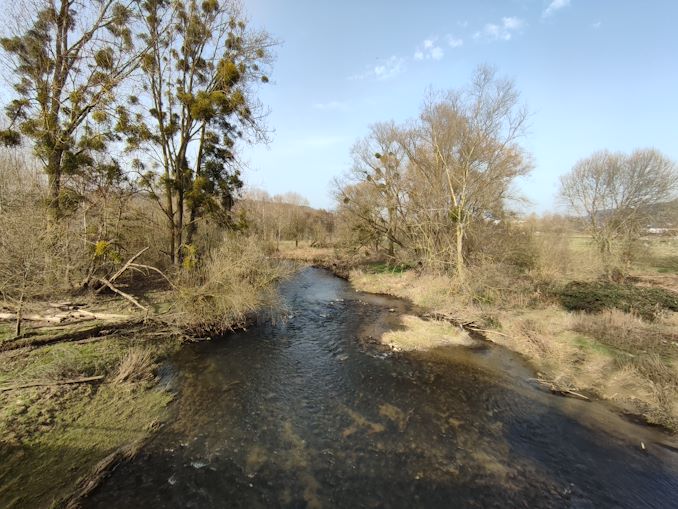 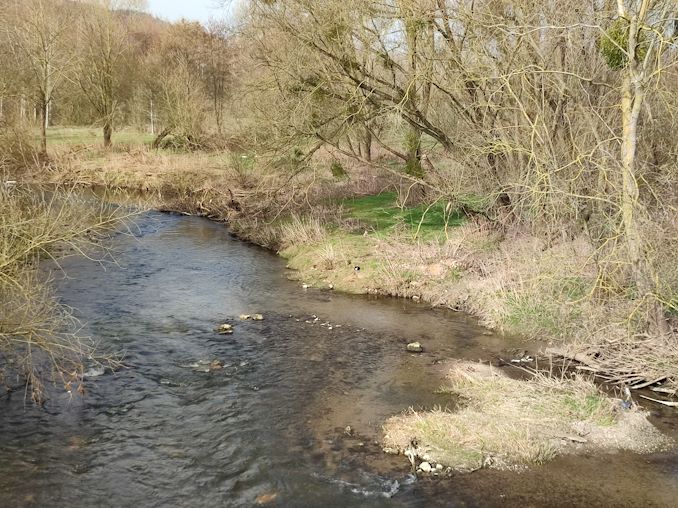 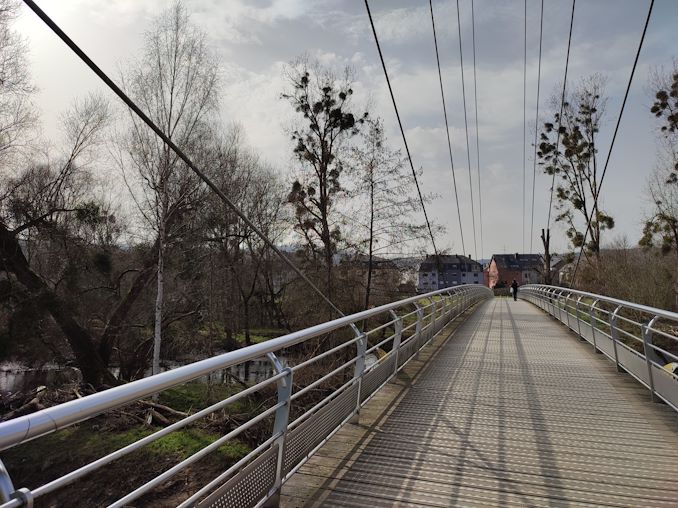 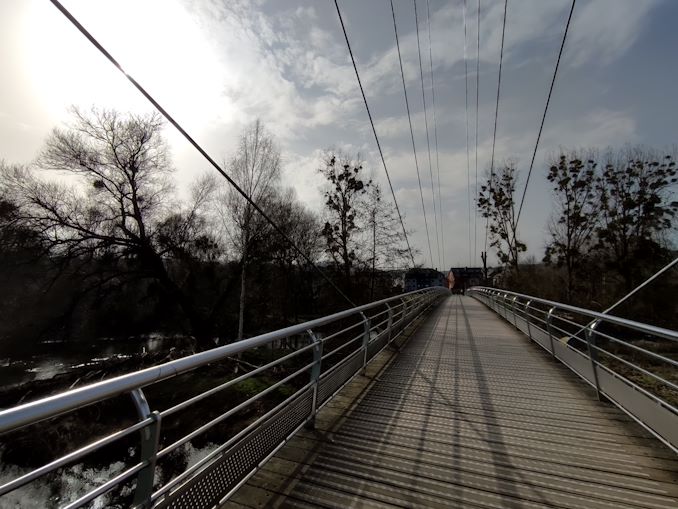 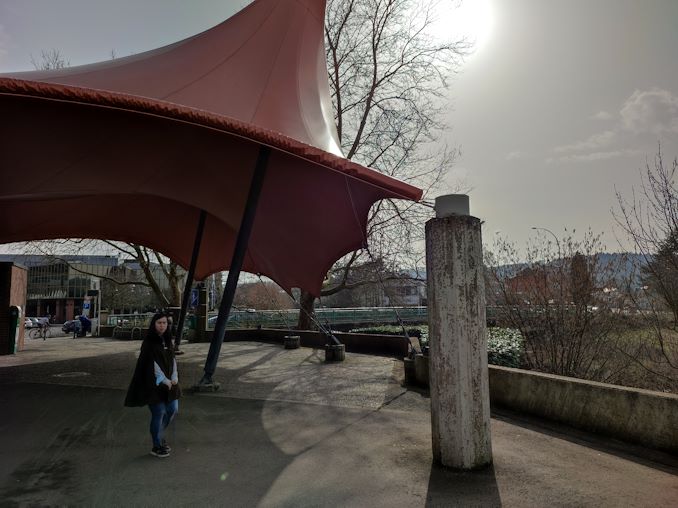 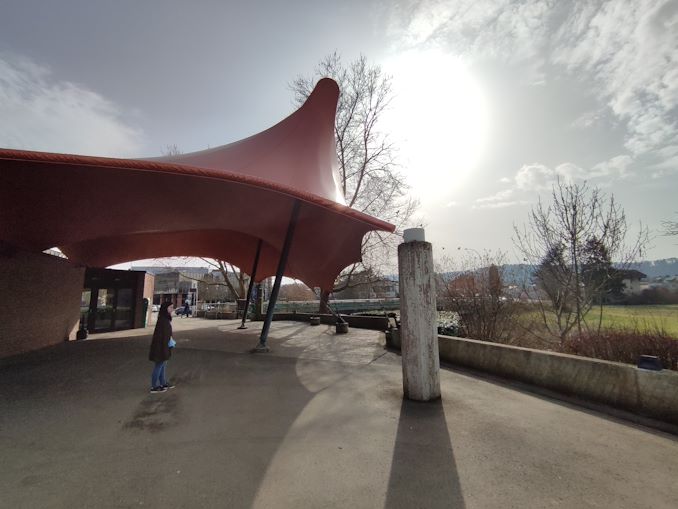 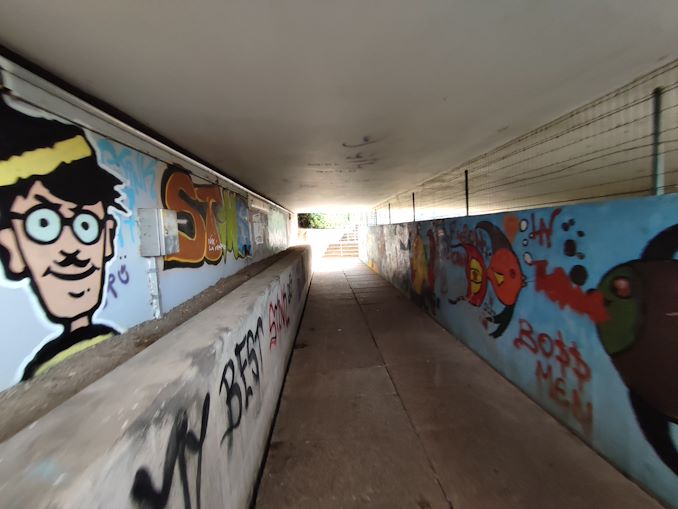 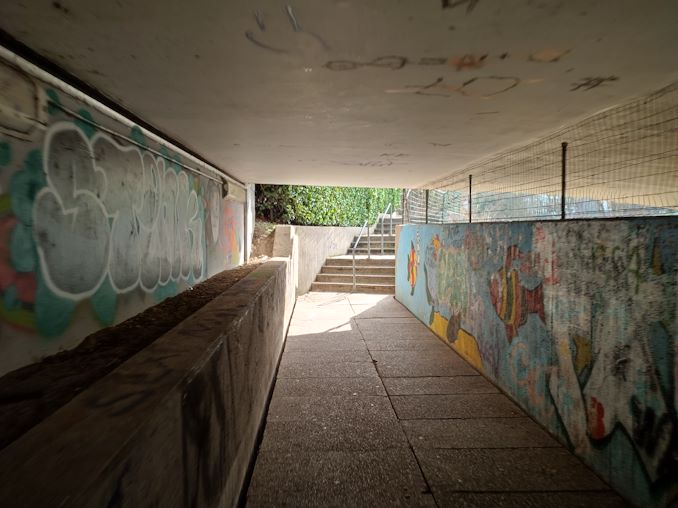 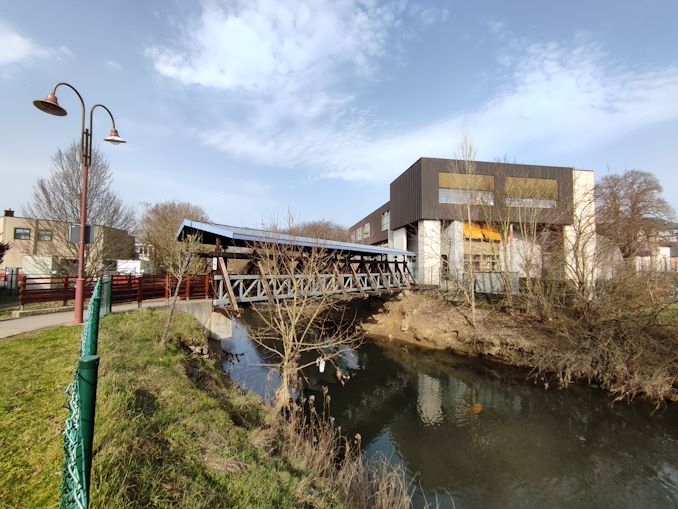 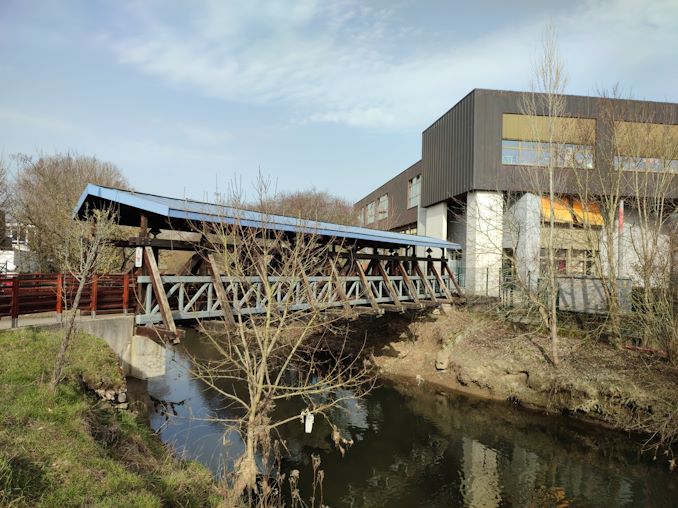 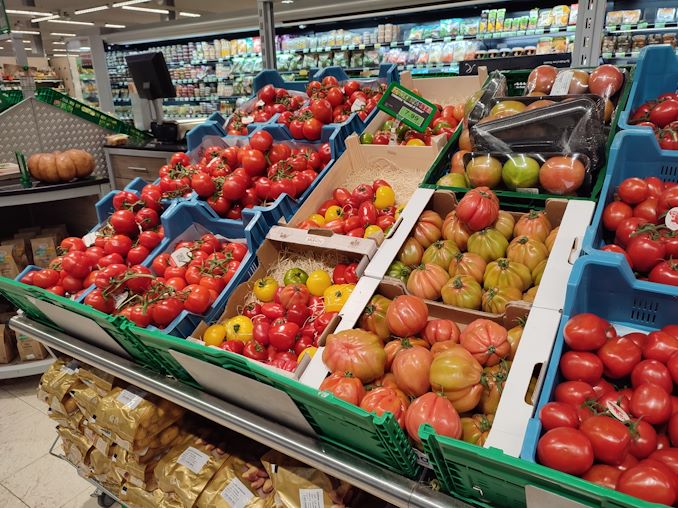 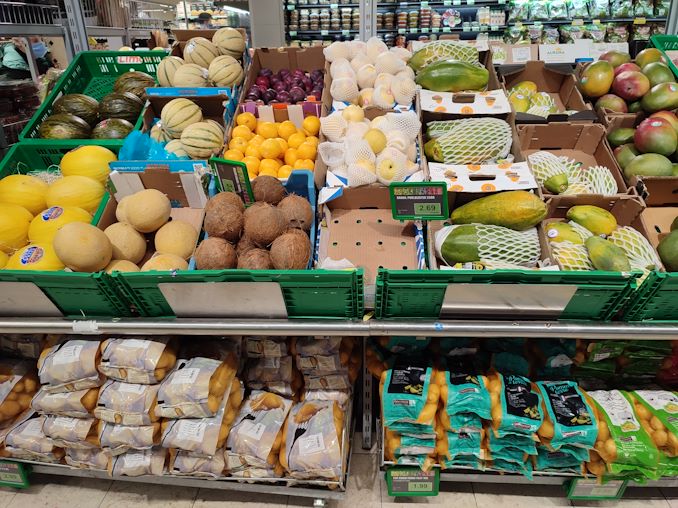 A quick testing of the daylight camera performance shows that the main module is quite adequate, being able to bring out a lot of details in most situations, however the general processing isn’t really up to par with a higher-end device, as we’re seeing not quite great dynamic range and rather flat processing. The ultra-wide in particular suffers a lot in demanding lighting situations, and also generally the HDR requires the camera and subject to be still to avoid ghosting. All in all, it’s still a very functional camera at this price point. 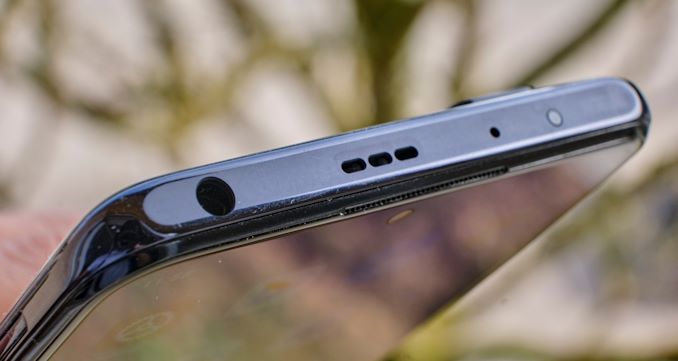 The frame at the top and bottom of the phone has a matte finish to it and allows for a better grip while also avoiding more obvious fingerprint marks.

The phone has stereo speakers which are surprisingly clear and good quality – we’ve seen Xiaomi develop some really great implementations in the last few years. Naturally, there’s also a 3.5mm headphone jack which continues to be a feature only for lower-end devices in recent times.

Alongside the Note 10 Pro, Xiaomi is also announcing three other Redmi Note 10 devices, with the Note 10S, Note 10: 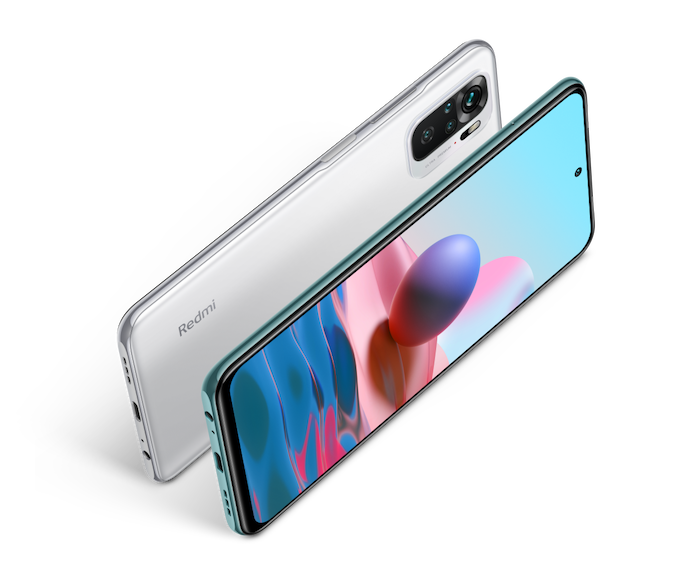 The Redmi Note 10 is a smaller sibling to the Note 10 Pro. The differences between the devices is a 6.43” screen, and different camera setup. The display is still a AMOLED display at 1080p, however it doesn’t feature 120Hz refresh rate.

The main camera is a 48MP unit, and the device is powered by a Snapdragon 678 SoC, with the device starting at $199. 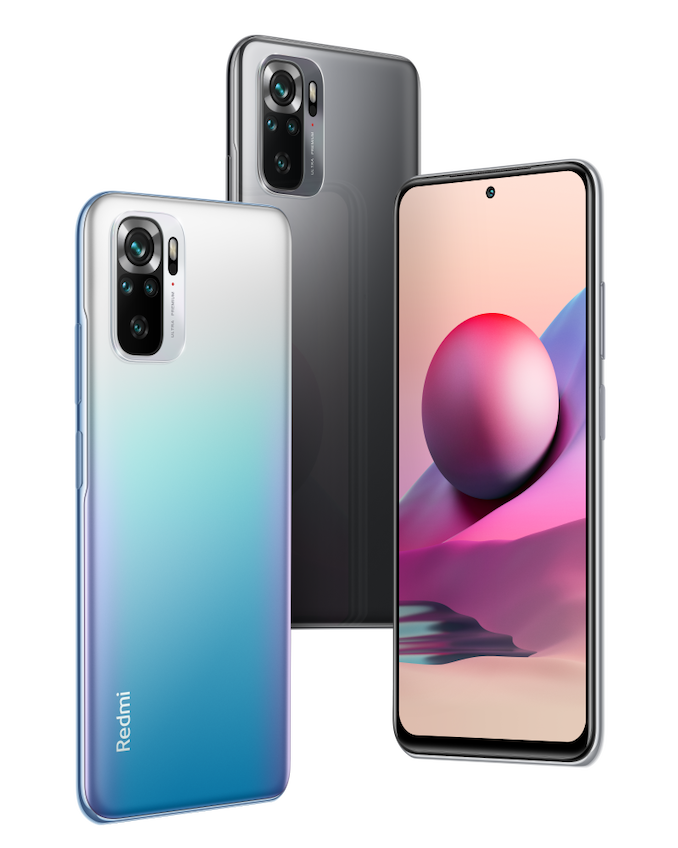 The Redmi Note 10S is a higher-end Note 10, sharing the same smaller form-factor, but replaces the main camera with a higher-end 64MP camera, and replaces the SoC with a MediaTek Helio G95. The pricing here starts at $229. 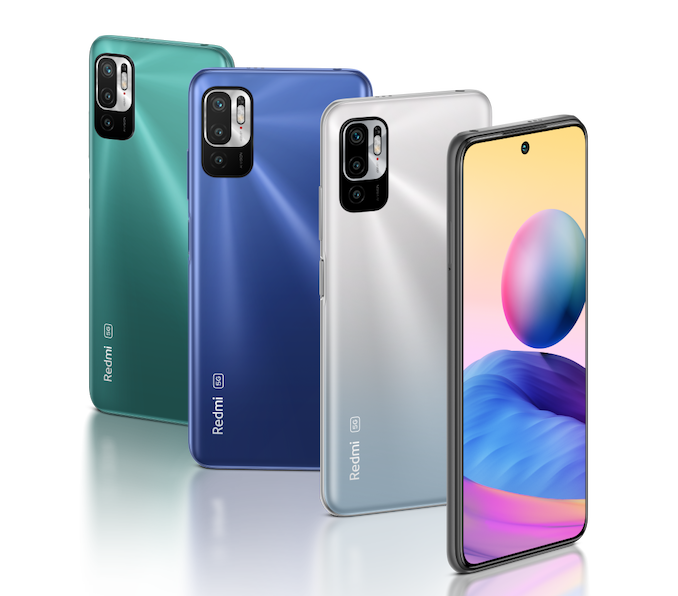 Finally, the Redmi Note 10 5G is a really weird entry in the series. Powered by MediaTek’s Dimensity 700 SoC, this is actually a lower-end processor compared to the other Note 10 devices, however it differentiates itself in that it’s the single model which features 5G connectivity.

The phone is actually lower-end, it features a 90Hz LCD display at 2400 x 1080 resolution, features still the basic 48MP main camera module as on the Note 10, however doesn’t feature the ultra-wide camera module.

Pricing of the Note 10 5G is also coming in at the $199 price range. Essentially, you’re trading in an OLED display and ultra-wide camera module, and better build design with dual speakers in favour of 5G. Generally, I don’t think that’s worth the compromises, so for me this is the least interesting device in the new line-up.

Overall, I think Xiaomi did a really great job with this round of Redmi Note 10 devices. While having tested the Note 10 Pro, the Note 10 and Note 10S phones also look extremely interesting and fantastic value for their respective prices, ranging from $199 to $279 in the base configurations. As noted earlier, my thoughts last year were that the Note 9 Pro was amongst the best value devices at this price range, and I think the Note 10 Pro and smaller siblings are even more attractive – offering either superior features and hardware, or undercutting the competition in price. In that regard, I don’t think you can go wrong with the new 2021 line-up.