Since the launch of Intel’s Third Generation Xeon Scalable Ice Lake processors in April, it was widely expected that the initial volumes of hardware would be going towards Intel’s biggest customers through their OEM partners. Users who want retail hardware would have to wait a while, although exactly how long was a bit of a mystery. The answer to this seems to be that Ice Lake Xeon hardware is now available at retail: both motherboards and a CPU or two.

Typically with a server processor, it is announced at an odd time. The announcement date is usually a few months after the hardware has already started to be deployed at the large customers, such as the hyperscalers, but a few months before it gets offered to the wider market for casual purchases. This latter time, known as ‘General Availability’ (or simply GA), means that the wider market can essentially order something online or through an OEM sales representative without needing to have a pre-arranged sales contract in place and it arrives in the mail shortly after. The date of GA is usually an important milestone in confirming wider distribution and a ramp of the silicon in production.

The golden hope is that the period from server CPU launch to GA is next to zero. Some launches are like this – the day it gets launched and reviews are available, is the same day it goes on shelves. Other launches are the direct opposite – in order to save face, the launch is only when the hyperscalers are starting to deploy their hardware. We typically see this time frame for start-ups that are producing their first ever processors. It depends on how confident they are in the server CPU ramping up production, and/or generating scale straight away on the foundations of a solid ecosystem. This latter part is usually why it takes longer for processors with new sockets to come to market, while drop-in replacements can be quick.

With Intel’s Ice Lake Xeon Scalable, it was somewhat of an open question on when GA would come. The company had delayed the product several times, over a year, but at the start of 2021 was confident that it would be coming to market shortly. The announcement on April 6th coincided with an interview with Intel’s Lisa Spelman, who stated that the company had already shipped 200,000 CPUs at that point. The only question remaining was GA, to which we were told ‘soon’.

For users that want some of that Ice Lake Xeon action, you can now go buy the hardware needed. Newegg has one of the first commercial LGA4189 Ice Lake Xeon motherboards up for sale, the Supermicro MBD-X12SPA-TF-O. This single socket motherboard has all 16 memory slots for 4 TB support using the largest memory modules, has four M.2 PCIe 4.0 x4 slots, 10 gigabit Ethernet, IPMI, seven PCIe 4.0 slots (four x16, three x8), eight SATA ports, onboard Audio, and all in the Extended ATX form factor. 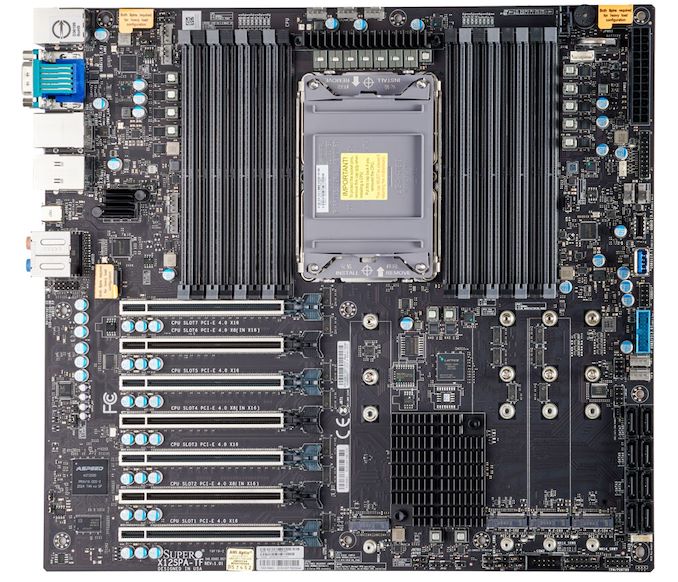 On the processor side, it does not look like that Intel has designated many of the Ice Lake processors as ‘retail in box’. Most offerings are for OEM-equivalent versions, however the Xeon Gold 5320 is showing up on Newegg with a box number and in stock from a third party seller with a highly favourable rating. The Xeon Gold 5320 is a 26-core 10nm Ice Lake 185 W processor with a base frequency of 2.2 GHz and a turbo of 3.4 GHz. It supports 64 lanes of PCIe 4.0 and 8-channel DDR4-2933. 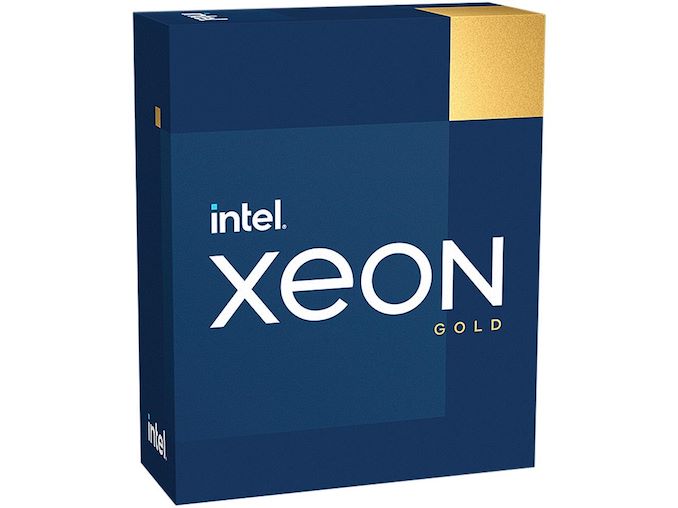 Many thanks to @momomo_us for highlighting these listings.