At the end of this morning's keynote at IDF 2010, Intel announced the Atom Processor E600 series. It's a Moorestown-like SoC designed for embedded applications.

Intel is really targeting this SoC at the consumer electronics industry and a variety of applications that could benefit from both better integration. Demonstrations included an E600 SoC powering a car navigation system and a variety of dynamic 3D content or video on a separate passenger entertainment display. You can see it running a PowerVR graphics demo if you look closely in the photo below. 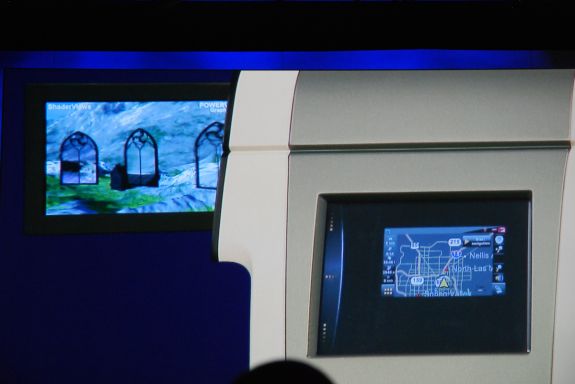 E600 brings everything onboard for the platform, including PCI-E for using the E600 in a multitude of different capacities. Either bring your own PCH or build one yourself - Intel already showed examples of Realtek, OKI, and ST Microelectronics on stage. If you're just building a desktop, Intel has a fairly standard platform controller hub called the EG20T for control like ethernet, SATA and USB. Intel really hopes that their embedded Atom platform will bring cost of system integration way down. 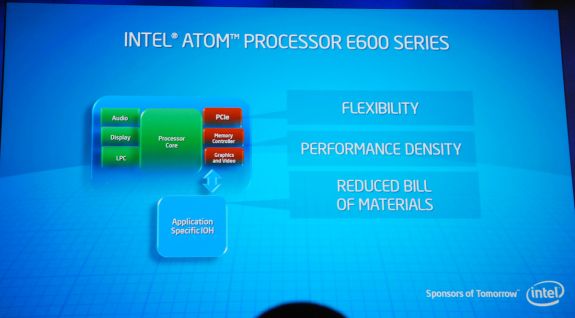 Stellarton Configurable Intel Atom Processor in 1H 2011
When designing a microprocessor you have two options. For very complex designs you have a bunch of engineers come up with an architecture. They then spend countless hours, days, months, eons designing it, and doing layout and performance optimization. Photolithographic masks are made and handed off to a fab that produces the silicon on wafers. This is a great approach for microprocessors that have high complexity, performance and volume demands. If you have a simpler design and want to get it to market cheaper, there's another option: a FPGA. 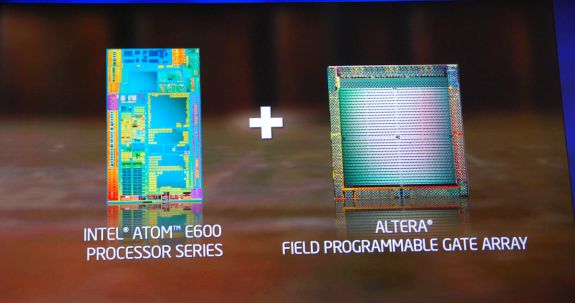 A field programmable gate array is exactly what it sounds like, a whole bunch of gates on a die that can be programmed in the field. An FPGA can be made to function like pretty much whatever microprocessor design you program it to be. You shave off the initial manufacturing costs as you don't need to make expensive masks. FPGAs are often used in emulating larger microprocessor designs. 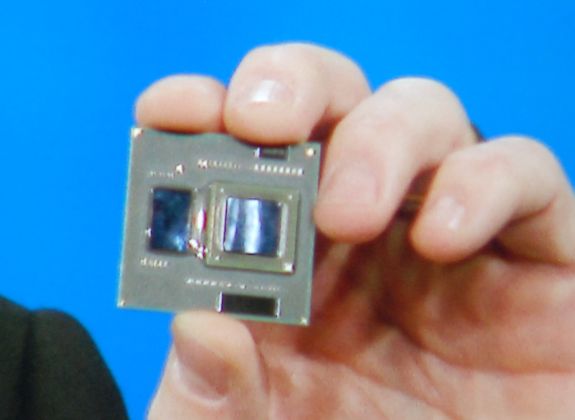 As Intel tries to take the Atom into the embedded space it may run into some customers that want to pair Atom with custom hardware. Intel could simply make a version of Atom for every single market vertical, however that would incur a significant cost overhead. Instead, in the first half of 2011 Intel will introduce the Stellarton processor. It's a configurable Intel Atom processor with an on-package Altera FPGA.