Playback of unencrypted Blu-ray ISOs and folder structures has been possible without menus since VLC 1.2. VLC also has a GPLed open source library for the implementation of the AACS specifications. From the end-user's perspective, the big missing piece of the puzzle was the AACS keys database and how to get it integrated with the VLC installation. A simple Google search was enough to reveal the key (pun intended).

The above configuration should help people with the playback of most of the older Blu-rays, while the more recent ones could be a hit or a miss. Will this be enough to replace commercial Blu-ray players like the ones from ArcSoft, Corel or Cyberlink? Unfortunately, that is still quite some time off. The following aspects need to be resolved for that to happen: 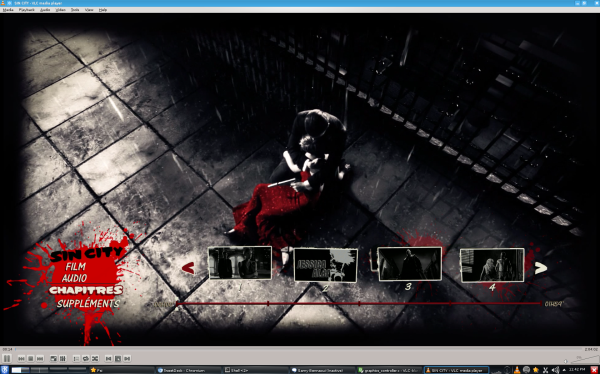 The AACS keys will never be part of the official VLC releases (since it enables copy protection circumvention), but open source support for Blu-ray playback is bound to be a boost for the format amongst the consumers (though the licensing entities are going to fret the loss of revenue). If VLC gets full menu support along with HD audio bitstreaming for unprotected Blu-ray ISOs, that will be a huge step forward for the Blu-ray format.