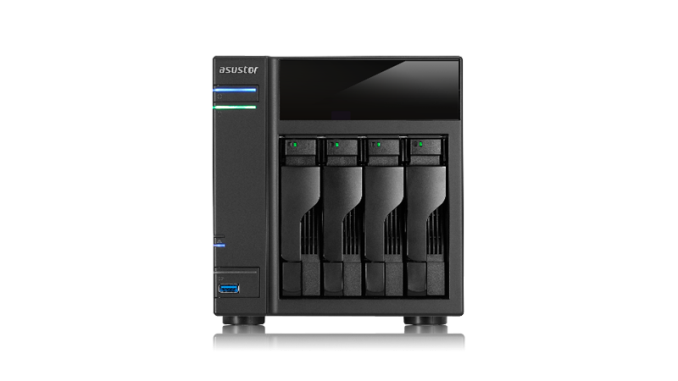 NAS units targeting home consumers have traditionally been underpowered in terms of hardware as well as firmware features. Low power, reduced cost and media-centric features are primary requirements in this area. Intel has traditionally been loath to participate in this market segment, probably due to the obvious lack of high margins. However, the explosive growth potential in the consumer / SOHO NAS market has made Intel rethink its strategy.

The Atom CE5300 series was initially introduced as the Berryville set-top-box platform in March 2012. Almost a year later, the CE5300 series was re-launched in its Evansport avatar as a storage solution targeting home consumers (in particular, as a media server platform). Asustor, Synology and Thecus were touted as partners building NAS units based on this platform. We have already looked at the 2-bay Evansport model from Thecus, the N2560. How does the platform perform when scaled up to 4-bays? The Asustor AS-304T gives us a chance to find out.

Asustor places their two Evansport models under the 'Home to Power Users' category. Both of them are based on the Intel CE5335 CPU, and come with 1 GB of RAM. The specifications of the review unit are as below.

In the rest of the review, we will cover the hardware aspects of the AS-304T and provide some setup and usage impressions. This is followed by benchmarks in single and multi-client modes. For single client scenarios, we have both Windows and Linux benchmarks with CIFS and NFS shares. We will also have some performance numbers with encryption enabled. In the final section, power consumption numbers as well as RAID rebuild times will be covered along with some closing notes.

Our NAS reviews use either SSDs or hard drives depending on the unit under test. While rackmounts and units equipped with 10GbE capabilities use SSDs, the others use hard drives. The Asustor AS-304T was evaluated using four WD Re (WD4000FYYZ) drives to keep comparisons consistent across different NAS units. Evaluation of NAS performance under both single and multiple client scenarios was done using the SMB / SOHO NAS testbed we described earlier.