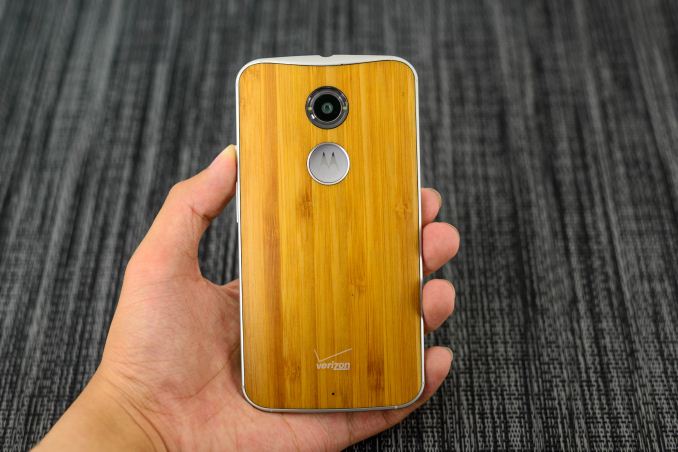 While I talked about Motorola’s issues in the launch article for the new Moto X, it’s well worth repeating. Motorola has been through a lot these past few years. Once the iconic symbol of Android with their Droid smartphones, Motorola had lost its way. It wasn’t unusual to see one phone launch after the other, with no real regard for strategy, and no real cohesive message to tie all of their devices together. If anything, there was a point where Motorola had become an ODM for network operators in the US, with no real international presence. After Google acquired it in 2012, we saw the launch of the Moto X in 2013. The amount of hype that I saw online before the announcement of the Moto X was unlike anything I’ve ever seen. 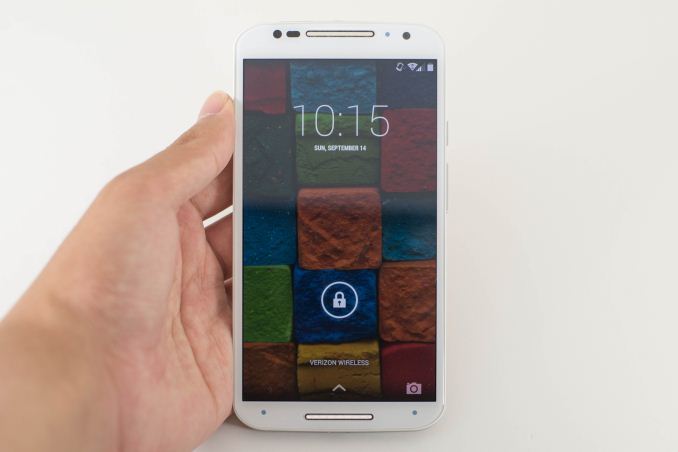 Unfortunately, the device that launched didn’t quite fit with the hype. The Snapdragon S4 Pro chipset was decidedly mid-range by the time it launched. The display was good for the time, but AMOLED wasn’t quite the imminent LCD replacement that it is today. The camera was also rather unfortunate at launch. For better or worse, the Moto X was a phone with the right size and shape, but a lot of hardware choices that aged poorly. This leads us to the new Moto X. On the surface, this phone corrects a lot of issues that were present in the original Moto X. The new Moto X brings an SoC that is up to par with its competition, a new camera with a Sony sensor, and an improved AMOLED panel. Of course, I’m not going to spend too much time covering the basic specifications when a table will suffice.

As with most reviews, physical impressions are always a good place to start. In terms of look and feel, the new Moto X starts off incredibly well. The metal frame is something that Motorola is especially proud of, as they've managed to enable an external antenna design without causing some of the infamous deathgrip issues. At any rate, it really feels great in the hand, especially because of the varying thickness. The metal frame can be as thin as 3.3mm in the corners, which really feels razor thin. Fortunately, the center is much thicker to provide for better grip. As a result, the phone is secure in the hand and I never really felt like I would drop it. Overall, I really think the feel of the phone is great. While the size is approaching an uncomfortable level, it manages to stay just short of it because the phone is so thin.

However, I’d like to cut this short as I’ve already given most of my initial impressions in the launch piece. While I haven’t been able to get around to writing my experience with Motorola’s tour, Motorola and their PR team have done an incredible job of introducing the product and allowing for plenty of time to get first impressions, photos, and ask all kinds of questions.

Instead, given the amount of information disclosed by Motorola, I wanted to start this review with a discussion about cellular architecture, as it’s one of the few areas where we still seem to be working with black boxes. For those that are unfamiliar with the basics of how current RF architecture is set up, there are a few major components to talk about. We have antennas, antenna switches and duplexers, band filters, power amplifiers, a transceiver (which is made of multiple parts but that’s for another day), and the modem. 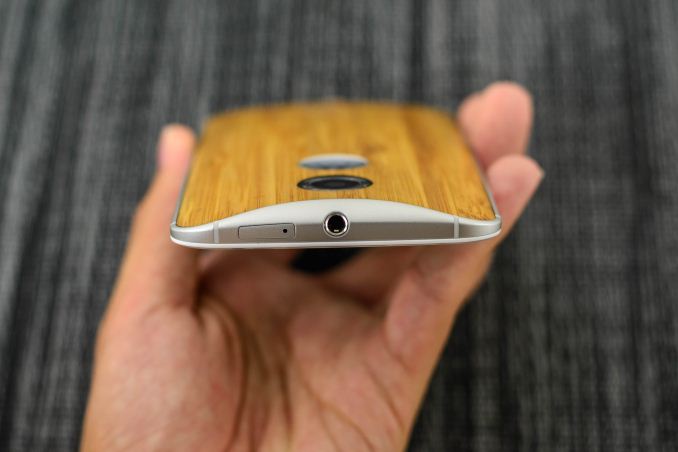 So let’s talk about what’s in the new Moto X. While antennas are still an area I’ve been working on learning more about, we can talk about band support on the Moto X. I’ve attached a table below with a full list of supported bands.

What might be notable is the lack of carrier aggregation on the new Moto X, which suggests that there is only a WTR1625L transceiver inside, with no WFR1620 companion chip to go with it. This is a rather conventional configuration at this point, and I suspect that phones with support for carrier aggregation will have to wait until WTR3925 which should be in most high end phones in 2015. The modem is also common at this point, as the MDM9x25 IP block in Snapdragon 800/801 has been around since the LG G2 which launched a year ago. 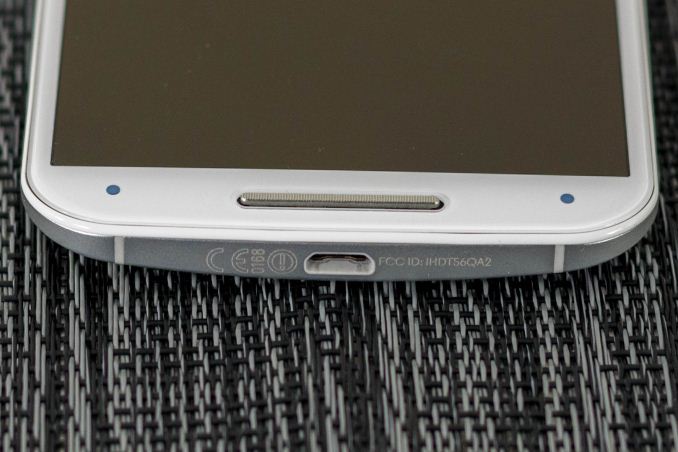 Of course, the real story here is the antenna tuner which I also wrote about in the launch piece. While most of the antenna tuner is hidden from view, there is one aspect that seems to be exposed to the OS. This one aspect is Cypress Semiconductor’s CapSense controller. This sounds strange, but I don’t think there’s any other explanation for why this controller is present. While it’s normally used for capacitive buttons such as in the Samsung Galaxy S/Galaxy Note line, there are no capacitive buttons or sliders present on the phone. In addition, none of the gestures/actions seem to rely upon capacitive sensing. This seems to rely upon the IR sensor system instead, so that doesn’t make sense either. The touchscreen is definitely an Atmel solution. This leaves the antenna tuner. While a bit outlandish, it seems that this controller is capable of detecting capacitance directly in addition to determining whether a finger/hand is on the sensor or not. While I’m sure that it’s necessary for Motorola to measure the standing wave ratio/signal reflection in addition to capacitive sensing on the relevant antenna pieces, this could give Motorola’s antenna tuner an advantage in speed as the capacitive sensors could detect the change in capacitance and pre-emptively change the tuning in the antennas instead of waiting for an increase in signal reflection before attempting to retune the antenna.